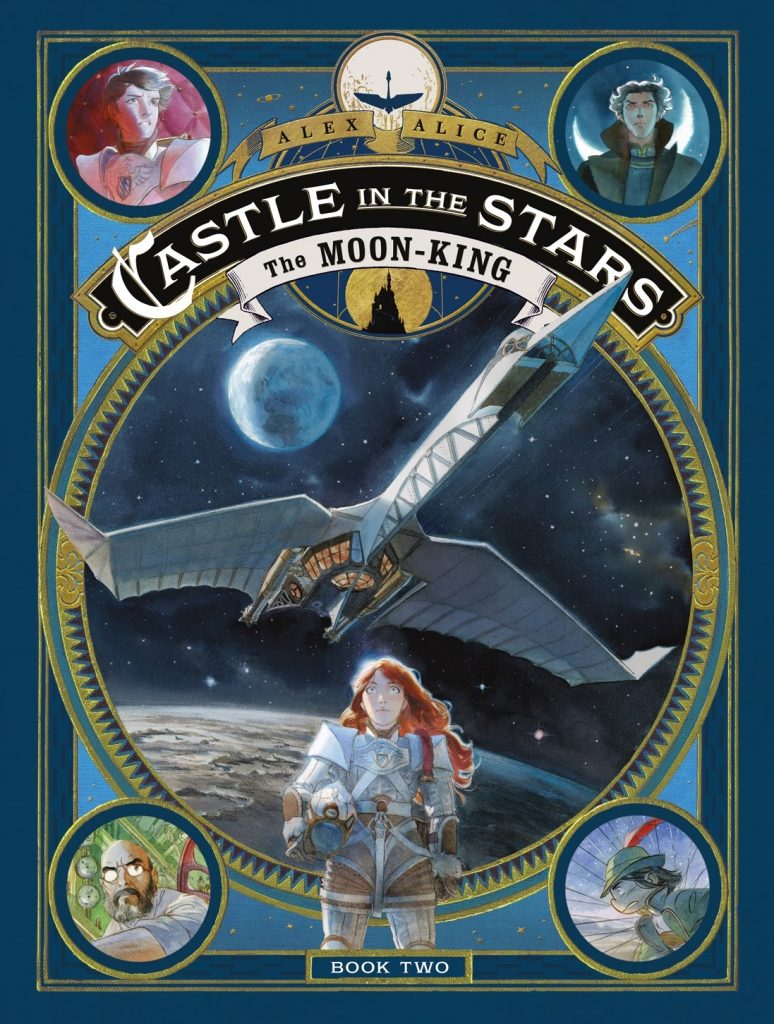 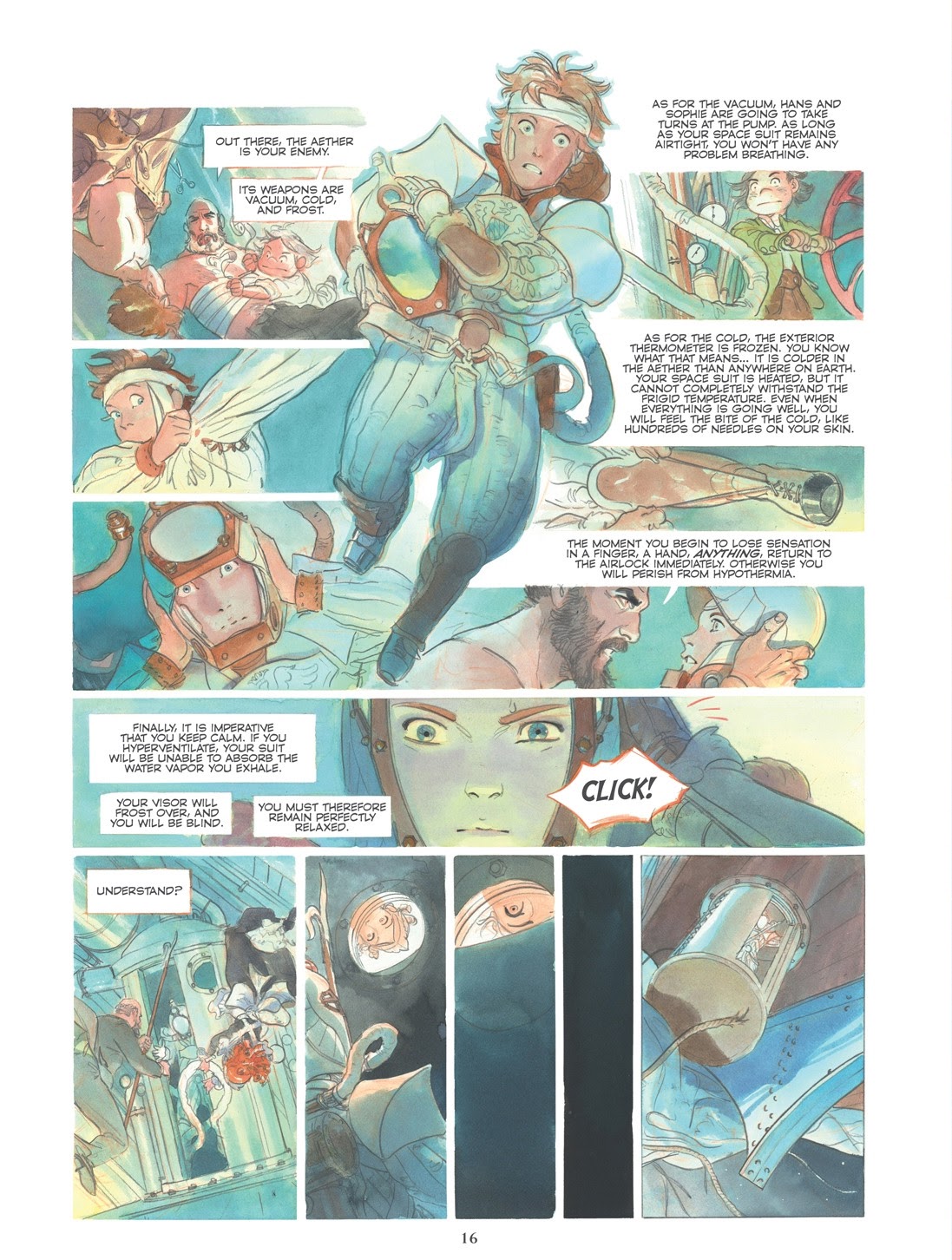 Seraphin’s mother believed she could channel a substance she referred to as aether, seemingly located in the sky and generating lightning. She disappeared in 1868. A year later Seraphin and his father are with Bavaria’s King Ludwig, who is a believer, and to end The Space Race of 1869, Axel Alice had them heading skywards. It’s a fair party aboard Ludwig’s craft as it breaches the atmosphere and continues to rise.

Alice mixes a little fantasy with actual science and a few fudges to provide the pay-off to the potential of the opening volume. There’s a wonder in seeing his ornately decorated and propelled 19th century spacecraft reaching for the stars, and equally suspense generated by the knowledge of how fragile it is compared to the gleaming metal actually required to leave Earth’s orbit. The wonder is only part of Alice’s journey, though, as he uses Ludwig’s known maverick personality to good effect as part of the way he feeds the real world history into his story. In the 1860s Bismark was determined to unite the various German speaking principalities into a single nation, and he makes an appearance toward the end.

Once again, if there’s not enough adventure and wonder in the story alone, there’s Alice’s extraordinarily attractive art to examine. It’s actually even more a matter of awe than previously, as a fair portion of The Moon King is set in an area where the artistic possibilities are limited, yet Alice makes that work in his favour. Every reader will have an artistic highlight, but the revealed scale of a model of the planetary system takes some beating, ambitious and amazingly executed. However, pallor is still his shade of choice, which is mystifying considering how much better some locations would look if brighter.

There are no concessions to anyone who hasn’t read The Moon Race of 1869, so new readers will have to figure out the various cast members and their motivations without guidance, but keeping Seraphin central helps with that. He’s brave, dedicated and likeable, and we learn he has a secret as well.

By the time The Moon King ends much has been learned and much has changed, but Alice keeps one plot dangling to take the cast into The Knights of Mars. 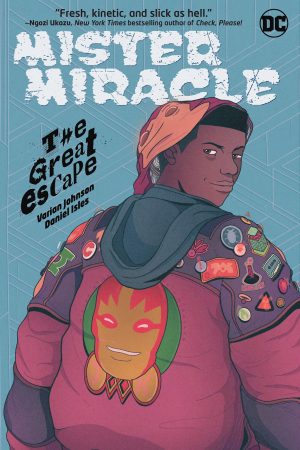 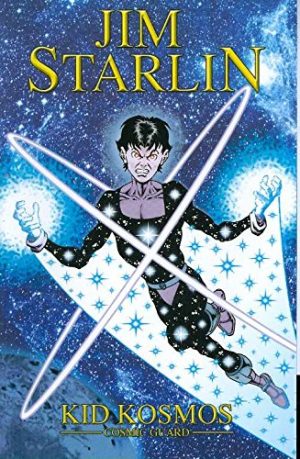