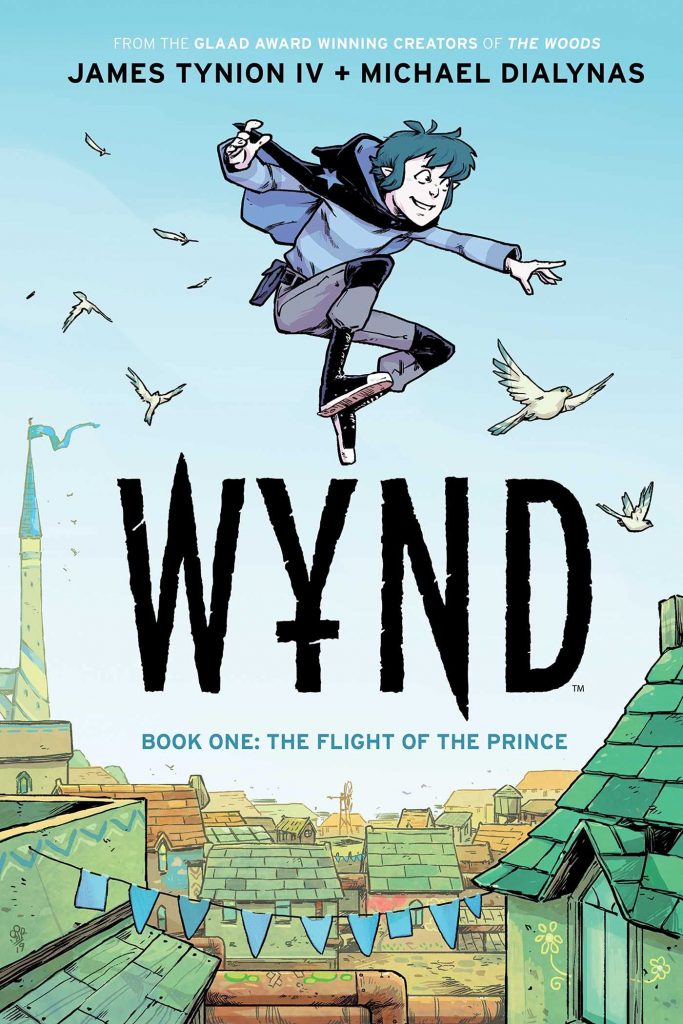 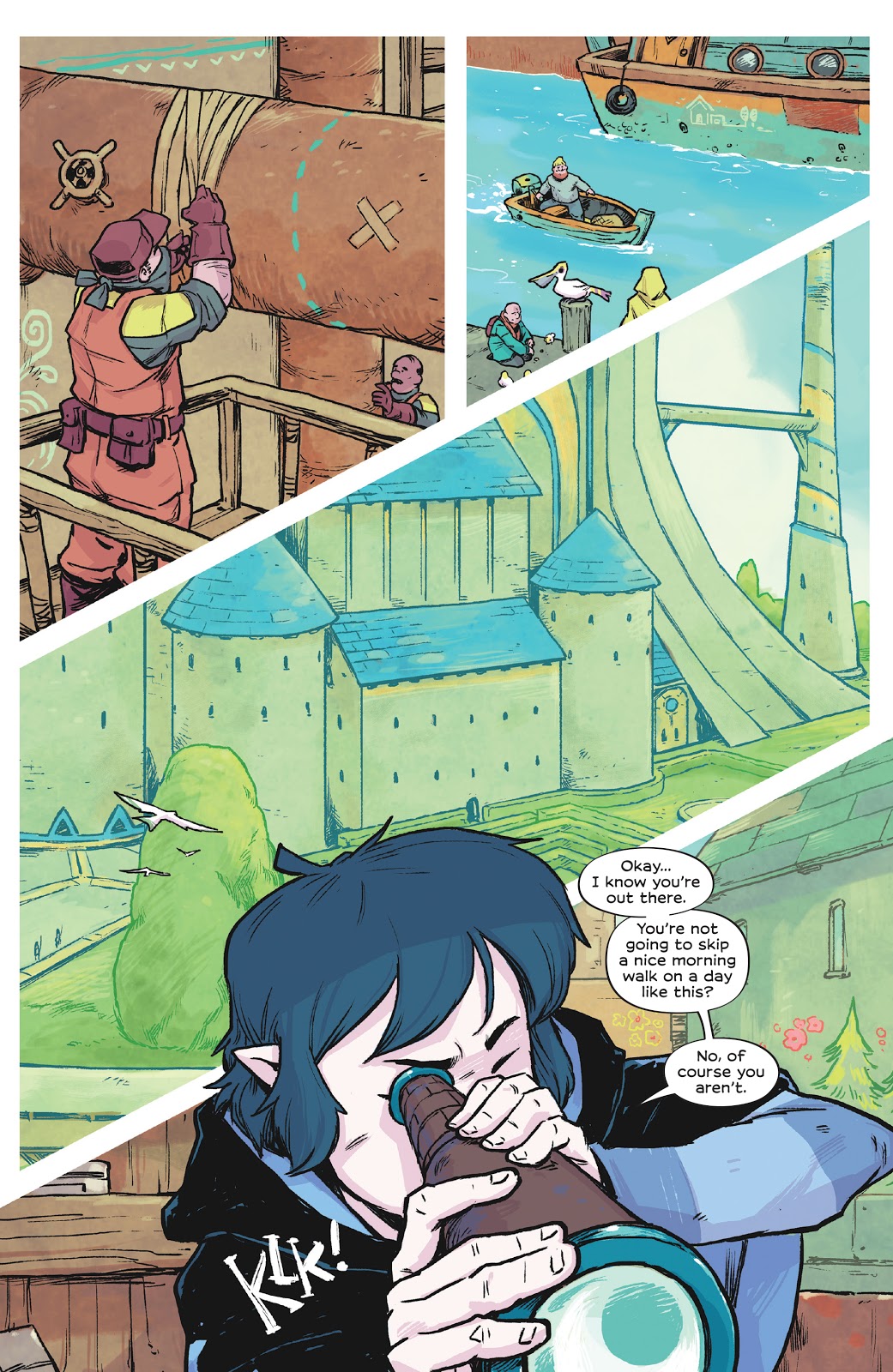 Wynd concerns two opposing ways of life. In Pipetown the dying King insists his heir uphold the purity of humans by not permitting any mingling with those beyond the forest where ancient magic still exists. Wynd has lived his entire life among the humans, although having to conceal his pointed ears, but it’s now become too dangerous. The King’s feared assassin is back in the city looking for threats, and when an infant Wynd only just survived the Bandaged Man’s last slaughter, so his adoptive mother plans for him to leave.

Although dressed as a young adult fantasy tale, it doesn’t take much reading between the lines to realise James Tynion IV is using Wynd to comment on our world. Prejudice and persecutions are widespread and ingrained, there is a process, a horrible process through which Wynd might be able to pass as human, and there’s notification that humans always succumb to their fears. That’s the side dish, though. While there’s a leisurely start as Tynion introduces us to Pipetown and its ways, at the midway point we’re told the background to the world and how it changed. Shortly after that the primary cast unites and the pace accelerates as they journey into the unknown.

Both the unknown and Pipetown are designed with considerable imaginative detail by Michael Dialynas. His cartooning brings all kinds of strange beings to life, sometimes disturbingly, and none is more threatening than the thoroughly creepy Bandaged Man, a Darth Vader for the 21st century fantasy generation. Fortunately, Dialynas can switch just as easily to people representing the finer qualities of life, Wynd’s family cheerfully drawn as likeable people. When Wynd moves on to look at the wider world, Dialynas is even more striking, both with designs and a bold use of colour. The short of it is, he’s a man to design a world.

By the time the meaning of the title falls into place it’s likely readers will have become so absorbed in the cast and their world, they’ll have forgotten that it made no sense for so long. There’s a nice symmetry to this first volume, which begins and ends with dreams of flying, while what happens during the fifth chapter shifts the ground considerably. It’s a fun adventure during which one character seems to have come of age, while another at least has a greater sense of perspective as Tynion and Dialynas head into The Secret of the Wings.