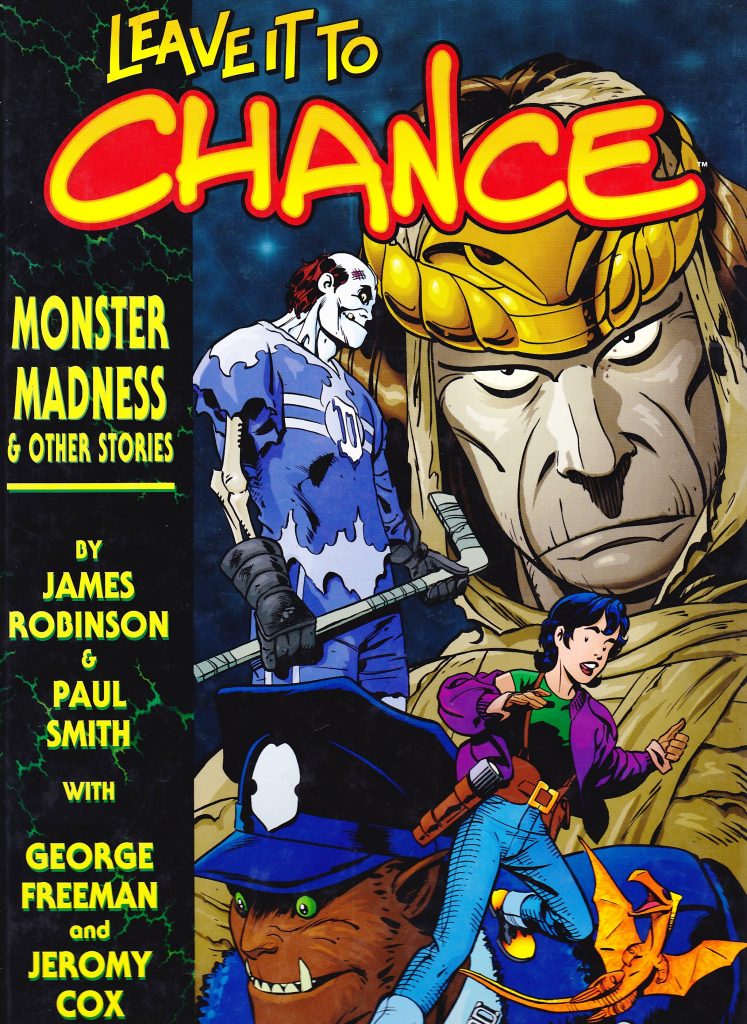 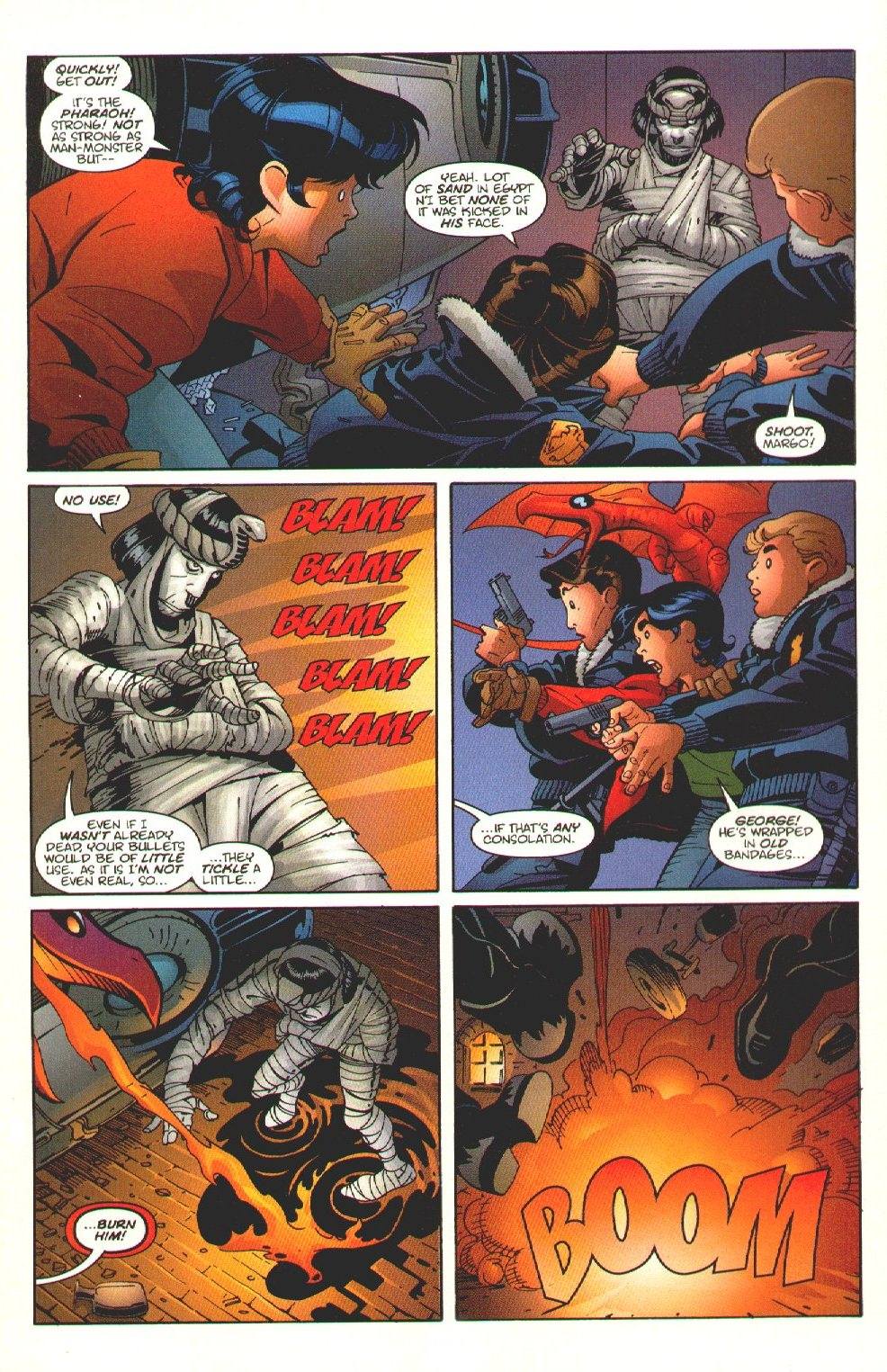 In his intro to Monster Madness & Other Stories, writer/co-creator James Robinson declares this his favourite body of work. Not because of his writing, which is ace, but because he believes this Paul Smith’s best art on the series. Many writers’ make that statement with many a reader left scratching their head as to why. Not so here. Monster Madness is saturated with passion – for the characters, for the joy of producing something satisfying. This is without a doubt the best of Robinson’s and Smith’s work on Leave It To Chance.

The title suggests a few other stories, but there’s, only one. The very original ‘Dead Men Can’t Skate!’ is a cracking yarn about the Devil’s Echo Ice Demons’ star defender Raepher ‘Frost Giant’ McDougal. About to finally lead his team to the coveted Stanley Cup, he’s murdered a week before the final. Straightforward murder is not usually a case for occult detectives like the Falconers, but a victim returning to claim victory and revenge is. Zombies, gangsters and nosy teenagers combined with great action sequences make for a heckuva fun story.

Before that we have the titular ‘Monster Madness!’ If you read anything by James Robinson, you will notice his inspiration comes from far and wide. This story is the result of a one night stand between a Hammer Horror legend and a Woody Allen flick. In an old movie theatre, classic movie monsters come to life and begin terrorising the city of Devil’s Echo. In a city where the supernatural and arcane is commonplace, the horror quartet proves beyond tough. As usual Chance Falconer ignores her father’s orders to stay put. Instead she joins her friend Officer Margot Vela and her partner Roger on the beat. Trouble finds them, Roger is wounded and Chance is separated from Margot. While Lucas, Margot and the Arcane Crimes Unit wage a desperate battle, Chance stumbles on a sinister plot by a new and mysterious crime lord, and soon has her own problems to deal with. It’s a cracking tale, even Lucas Falconer getting super bad-ass against vampire The Count. Robinson’s storytelling is on form, his many plotlines weaving together magnificently. An interesting factoid is that Roger the Cop is based on a real life fan who bid for a small cameo at a comic convention. Robinson often did this, especially for Starman, but Roger went beyond a cameo. Aided by Paul Smith’s pencils and George Freeman’s inks, the end result is heroic, beautiful and poignant. Credit also goes to colourist Jeromy Cox and letterer Amie Grenier. Their work has been outstanding on the series but now rates flawless. Robinson is making no empty boast when he says this is the party’s best work. It’s a fantastic example of how important all members of the creative team are in crafting brilliant comics.

The final two issues of Leave It To Chance were never collected in book form. Completists will have to track down the original comics. Yet this is no disappointment,ending on the highest note. If you have never read Chance or seen it and thought “Why bother?” you really should. It’s an underrated and woefully forgotten classic. You owe it to yourself and future generations to track it down, own it and read every volume.