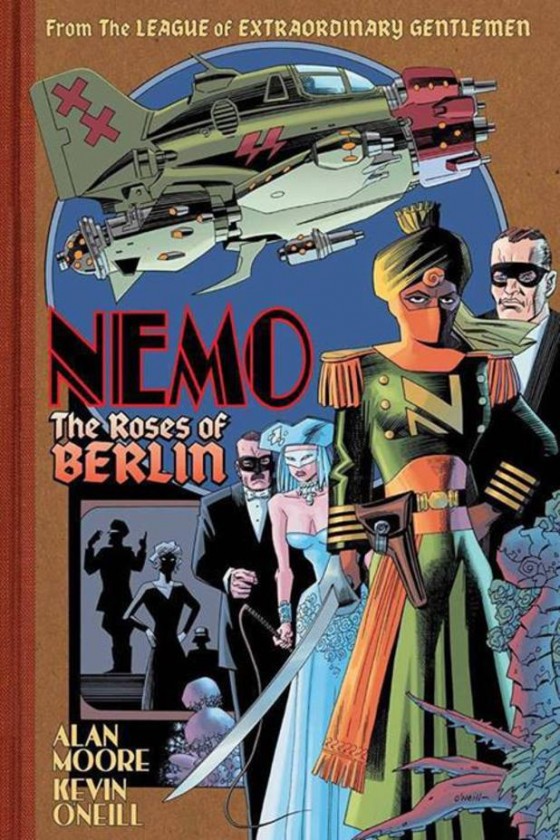 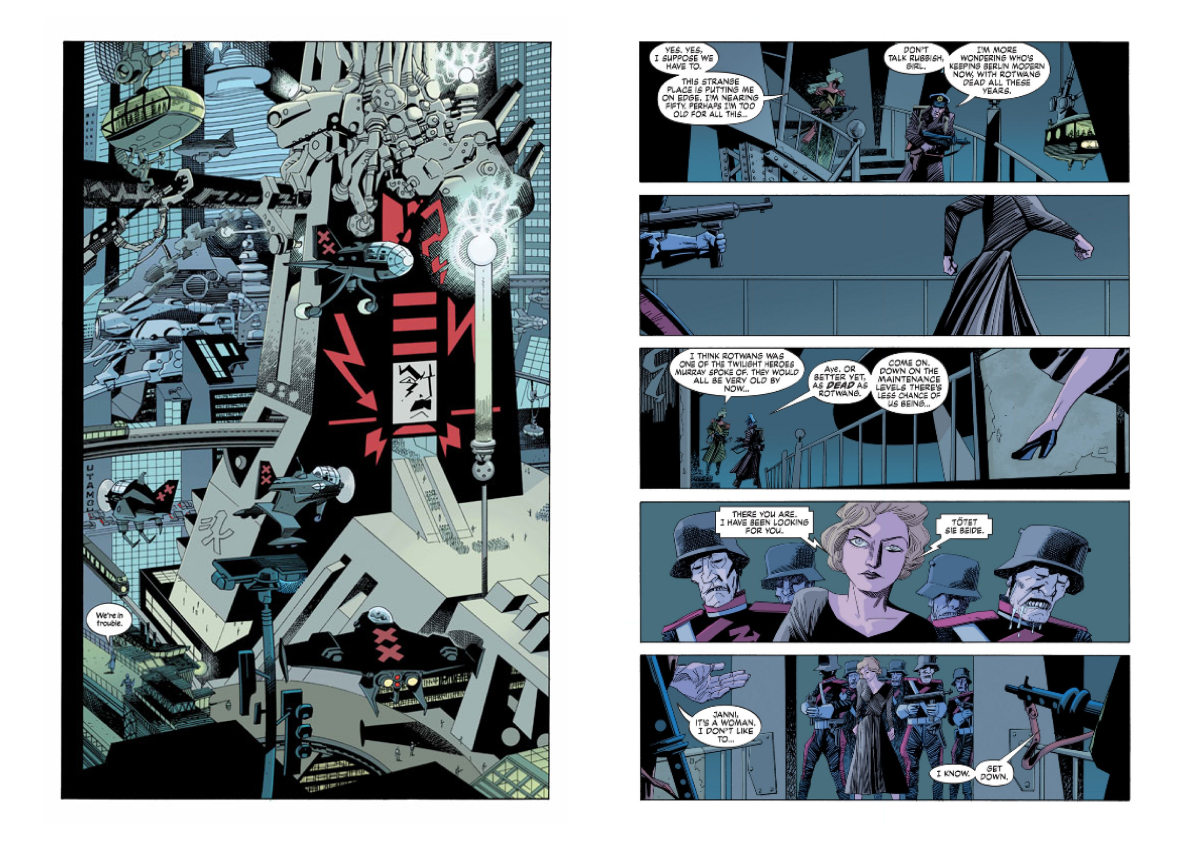 This second book of League of Extraordinary Gentlemen spinoff Nemo, offers a series of fictional world travelogues, via the sea-faring adventures of the second Captain Nemo.

As with the core League series, Nemo exists in Alan Moore and Kevin O’Neill’s integrated universe, where all fictional characters may meet and interact, achieved within the constraints of the respective story-worlds. So immortal enchantress Ayesha, appears in this 1941 adventure suitably youthful, whereas Jules Verne’s Captain Nemo, ageing in the 1898 iteration of the League, is long dead. The titular (anti) hero, of this volume is instead, the second Captain Nemo, Janni Dakkar, daughter of the original, and herself now middle-aged.

Janni was introduced in the third League volume, Century, which also provided a model for Nemo: three short volumes, each a self-contained novella, but following core characters and building a larger narrative across decades. In Nemo, the outer struggle is with a vengeful Ayesha, while Janni’s inner struggles combine her trauma response with her father’s ambivalent legacy. Nemo: Heart of Ice, joined Janni fifteen years after her life-changing experience in Century 1910.  A prose appendix in that volume reported the marriage of Janni’s daughter Hira, to the son of air-pirate Robur, so uniting Verne’s piratical dynasties of sea and air, and setting up this next book.

Roses of Berlin, set in an alternative 1941, sees Janni’s piracy of German boats interrupted by news that Hira and young Robur are prisoners in that city, so finally giving the second Captain Nemo a mission with meaning. Why would they bother to capture the Nemo-Roburs? Perhaps at the instigation of potential African ally, and enchantress, Ayesha, who Janni casually crossed in the previous volume.

The League franchise has an explicit (if tongue-in-cheek) brief of ‘rousing adventure’, and an implicit brief of a travelogue of Moore and O’Neill’s all-encompassing fictional world. The tour of fictional Antarcticas in Heart of Ice was of perhaps niche interest, and the adventure element was hindered by the challenge of following mostly unfamiliar characters in a time warp. However, Roses of Berlin’s siege of a steampunk inferno has a broader narrative and visual appeal. A dazzling alternative Berlin is woven together from Germany’s fantastic fictions. This Berliny is run by Herr Hynkel (Chaplin’s Great Dictator), built on the designs of cinema’s prototype mad scientist, Rotwang from Metropolis, and defended by Dr Caligari’s somnambulists, now stormtroopers. Readers unfamiliar with the country’s Expressionist cinema, may nevertheless recognise its artful distortions, neo-gothic horror, and ambivalent futurism, as well as its enduring influence.

Kevin O’Neill is an exemplary storyteller and visualiser of Moore’s concepts. He channelled the extra-terrestrial horror of his Nemesis art for the Lovecraft elements of Heart of Ice, while the current volume builds on his sets for the earthly dystopia of Marshall Law. In the early League volumes, O’Neill’s intricate inking seemed to compete with Ben Dimagliw’s colouring. Over the duration of the franchise, though, O’Neill has progressively simplified his characters and composition (pictured, right), and reduced his rendering. This leaves space for Dimagaliw to paint his twilight tones, and metallic masses punctuated with fiery blasts and acid green belches. Looking at these pages, it’s hard to imagine better colour on O’Neill’s work, or indeed better comic pages.

Moore and O’Neill’s audacious premise is matched by their execution. Few other than somnambulist stormtroopers, or iron-hearted Maria from Metropolis, could fail to appreciate this. The trilogy concludes with Nemo: River of Ghosts. All three Nemo volumes are combined in the slipcased Nemo Trilogy.