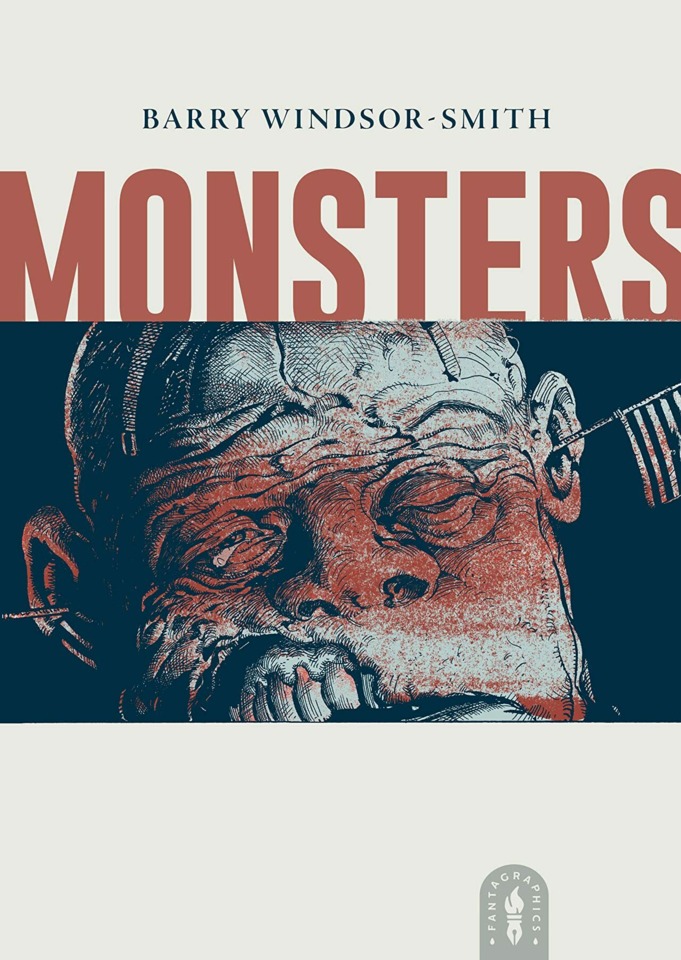 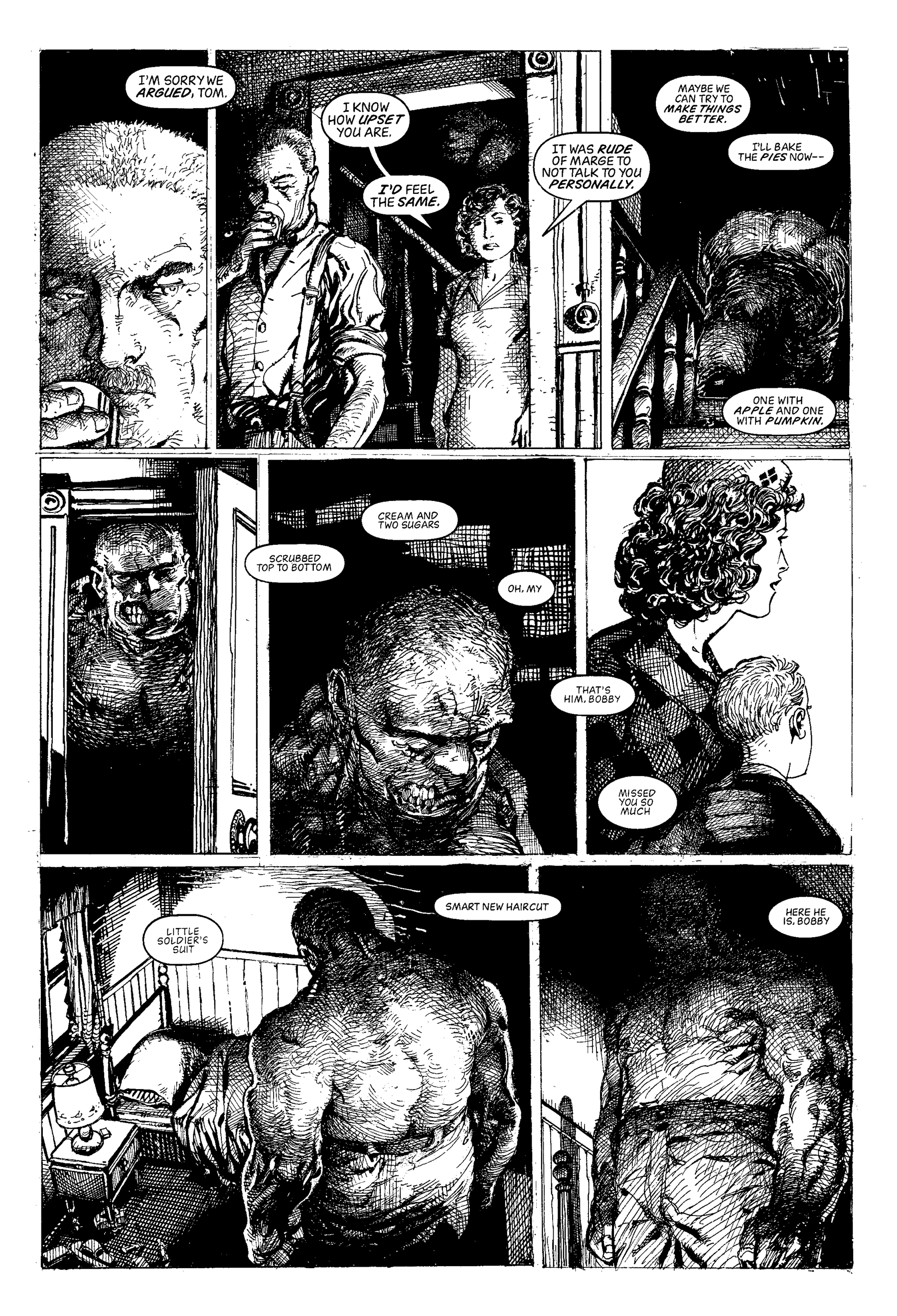 You would be excused if, at first glance, you thought Monsters was equal parts the Incredible Hulk, Captain America and Weapon X. It is all of these while being none of them. A closer reading reveals it has more in common with Monster by Naoki Urasawa, than any Marvel comic. It’s a labyrinthian mystery and dark family drama spanning the years from World War II to 1964 when the story begins.

Bobby Baily is a scrawny young drifter looking to join the army. Bobby may not be Army material, but Elias McFarland, the recruiting officer, thinks he may have found a perfect candidate for a top secret government program called ‘The Prometheus Project’. McFarland doesn’t know what this project entails, exactly, but he dutifully makes a phone call. What he soon comes to realize is that he may have unwittingly consigned his young recruit to hell.

As it turns out, MacFarland is suffering through a psychic hell of his own. He believes Bobby has become the subject of an old Nazi experiment to create an ideal ‘Super Man’. He also believes he knows who Bobby Baily is, and he is certain he must save him.

Thus Barry Windsor-Smith begins the descent into a world of grotesqueries and horrors. He masterfully cuts back and forth between the decades, intertwining the lives of his characters in a truly monstrous web of human deceit, cruelty and brutality.

Windsor-Smith has no interest in the monster-on-the-run plot. His monster has a destination, and that destination is the focal point for a family drama that will answer every question. The title Monsters is clearly metaphorical, and the monsters we meet in the telling are the kind that will haunt the imagination long after the story has ended. Windsor-Smith weaves a supernatural thread throughout the narrative, adding a spiritual and ghostly dimension. It is meant to bring light to the darkness, but the darkness is so oppressive, it is difficult for any light to shine through.

Windsor-Smith’s artistry is beyond reproach. He allows his scenes to dictate their own length and for the dialogue to play itself out to full dramatic effect. The art perfectly captures the time periods in near photographic detail. The scenes set in Schongau at the end of the Second World War must rank among the best horror work of any comic or film. The dialogue reflects the times as well. His use of patois is an attempt to be truthful, and readers must judge for themselves if it is successful or not.

Windsor-Smith may be most famous to the casual reader for his work on Conan the Barbarian, but Monsters is a darkly mature and fierce vision that does not spare the reader from the atrocities of science in the service of war. The events recalls both both Auschwitz and Japan’s notorious Unit 731. Monsters can be an unbearable and gruesome read, bordering on the vile, and may not be something readers will want to return to after a first reading. Its cruelties do not ease until the final pages and the more hopeful and loving spiritual aspects may arrive far too late. Monsters is undoubtedly the work of an artist at the height of his brilliant powers, but it is also a bleak and terrible vision of the worst of humanity that may very well overwhelm the author’s intent to show the best.