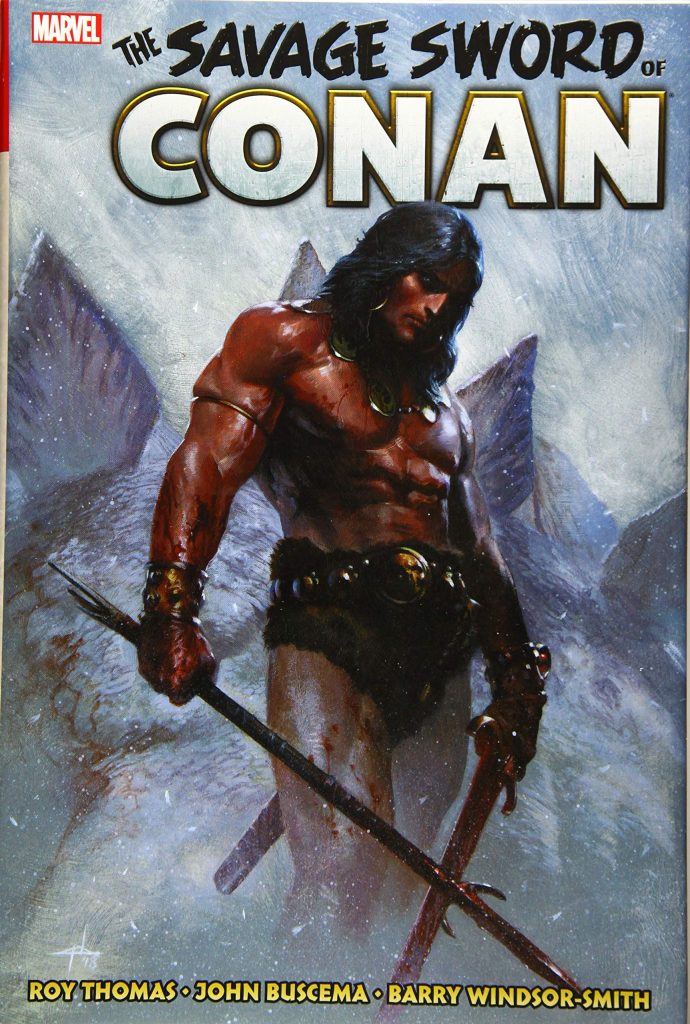 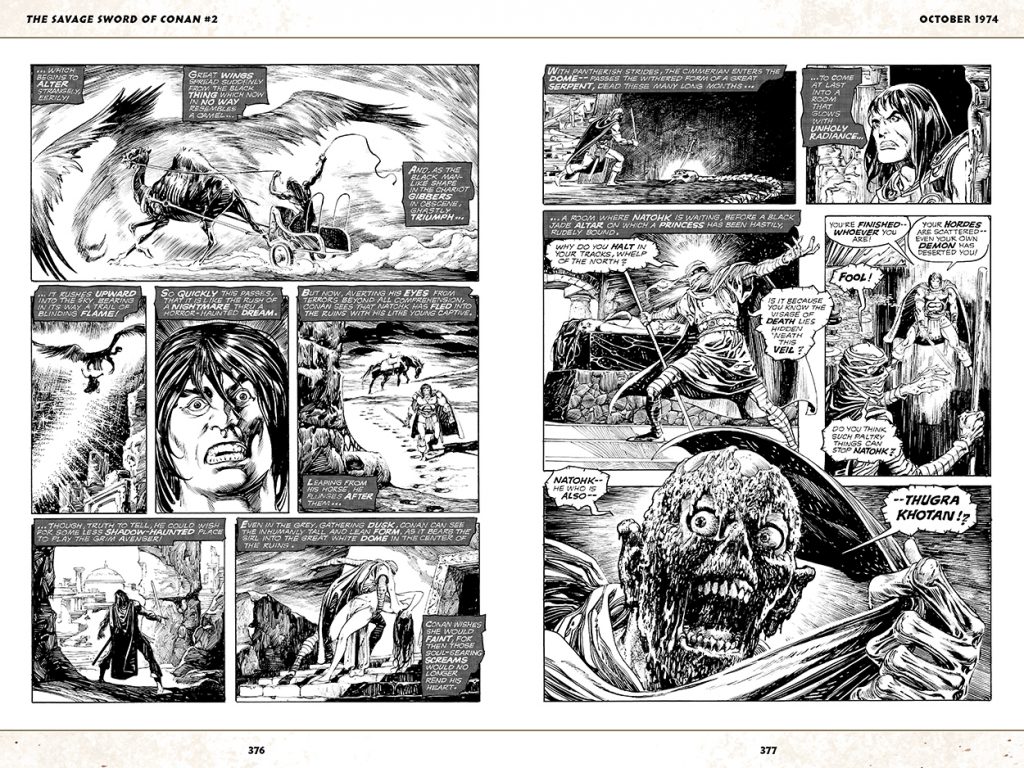 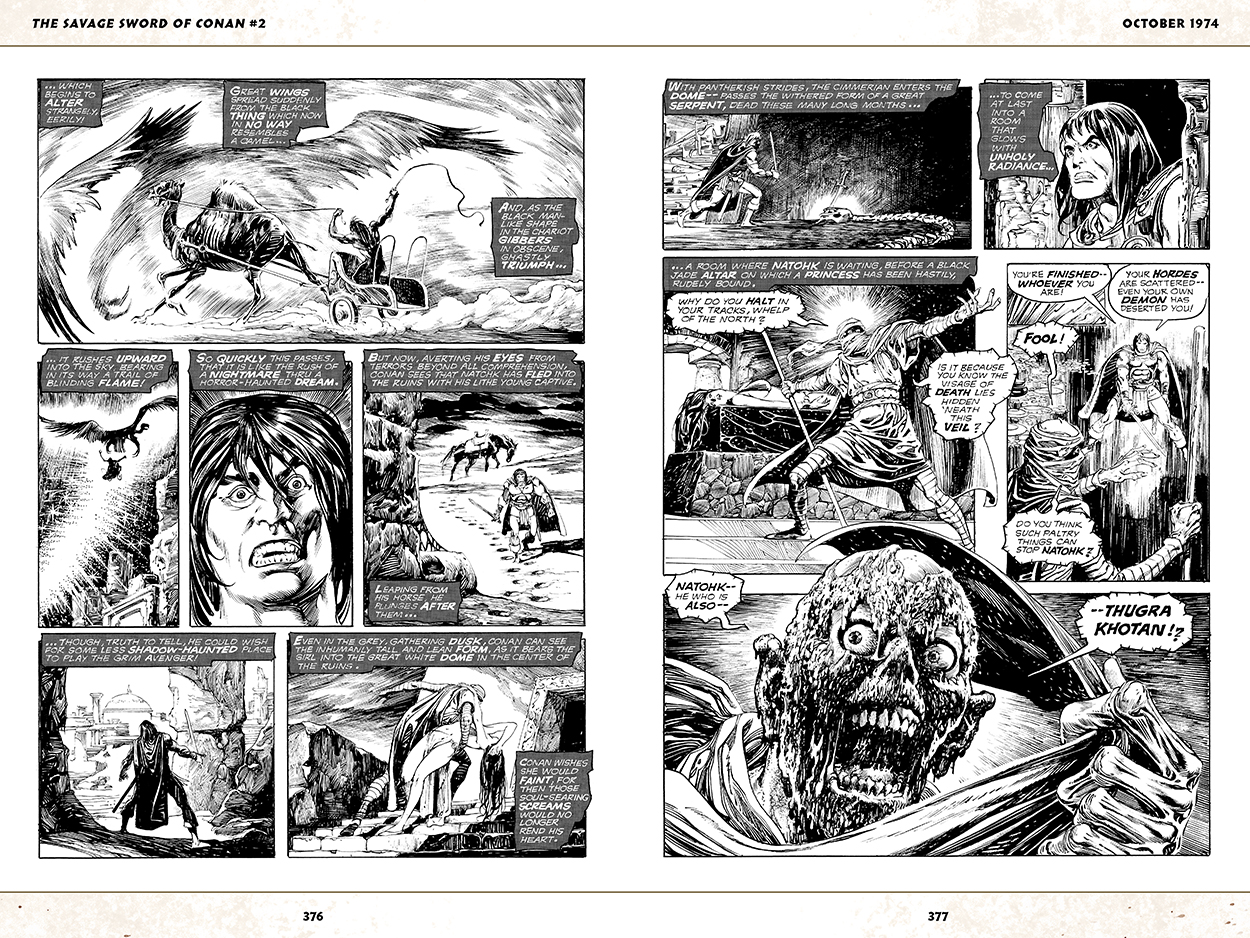 The Savage Sword of Conan: The Marvel Years, Volume One, collects material first published from 1971 to 1976, in both Savage Tales and Savage Sword of Conan magazines. Also included are the many text features, essays, house ads, and letter pages from each orignal issue, but the non-Conan stories featuring Solomon Kane, Red Sonja and Kull are omitted. The novel-length introduction by Roy Thomas fills in the production history of both mags and every story. Because Savage Tales was an anthology, the results are a mixed bag early on, with ‘The Frost Giant’s Daughter’ appearing twice as it was published in both titles. Once Conan becomes the sole focus, the book is a consistently enjoyable read. The Omnibus format does nothing to diminish the art, despite its being slightly reduced from the original magazine size, while glossy paper allows for better reproduction of the ink washes used on many stories.

The Savage Tales material includes two tales of Ka-Zar, by Stan Lee with lively art by John Buscema. ‘The Fury of the Femizons’ by Lee and John Romita Sr., and ‘Black Brother’, by Dennis O’Neil (as ‘Sergious O’Shaughnessy’) and Gene Colan and Tom Palmer, are two attempts at social relevancy. ‘Man-Thing’ and the Flash Gordon-inspired ‘Dark Tomorrow’ by Gerry Conway and Gray Morrow round out the non-Conan material.

The highlight from Savage Tales is the 58 page adaptation of Robert E. Howard’s ‘Red Nails’ by Thomas and Barry Windsor-Smith. Filled with graphic violence and sexual innuendo, this is exactly the kind of storytelling meant for the the more ‘adult’ magazine format, and well deserves its legendary reputation in the Conan canon. ‘Night of the Dark God’, freely adapted from Howard’s ‘The Dark Man’ is an effective story of love, loss, and raw emotion, driven by the powerful art of Gil Kane and Neal Adams. ‘The Secret of Skull River’, freely adapted from a plot by John Jakes, is mostly notable for the art of Jim Starlin and Al Milgrom.

The Savage Sword of Conan allowed for longer, more in-depth adaptations of Howard’s stories. At sixty pages, ‘A Witch Shall be Born’ quickly set a new standard that Thomas and company would soon match and surpass. Luckily, the quality keeps pace with the quantity. John Buscema handles the art chores on the majority of stories while penciling the monthly ‘Conan the Barbarian’ title as well. His predominant inker was Alfredo Alcala, whose ornate embellishment brings the etchings of Gustave Doré to mind. Thomas was determined to maintain the high standard of art on the series established early by Smith, and ‘Black Colossus’, ‘Iron Shadows in the Moon’, ‘The Haunters of Castle Crimson’, ‘The Abode of the Damned’ (inks by Yong Montano), ‘Demons of the Summit’ (art by Tony DeZuniga) and ‘People of the Dark’ (art by Alex Niño) all showcase some of the best and most interesting art Marvel published at the time as well as being provocative reads.

The first three chapters of ‘The Hyborean Age’, adapted by Thomas and Walt Simonson, tell the early pre-cataclysmic history of Howard’s world. ‘Corsairs Against Stygia’ and ‘Conan the Conqueror’ are the final two chapters of the Conan novel, ‘The Hour of the Dragon’. Unfortunately, the preceding chapters were published in Giant-Size Conan, so are not included in this volume. The entire adaptation was published in the second volume of Conan the Barbarian: The Marvel Years, and in ‘The Hour of the Dragon’ paperback, in full colour.

Generous extras, such as original art, fill out the book, enough to satisfy the lusts of any would-be barbarian fan. 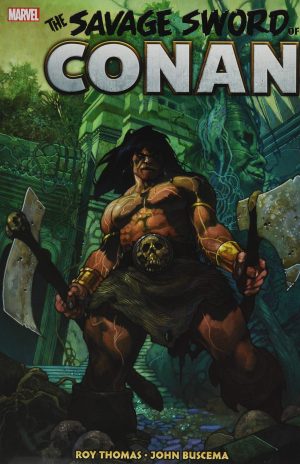