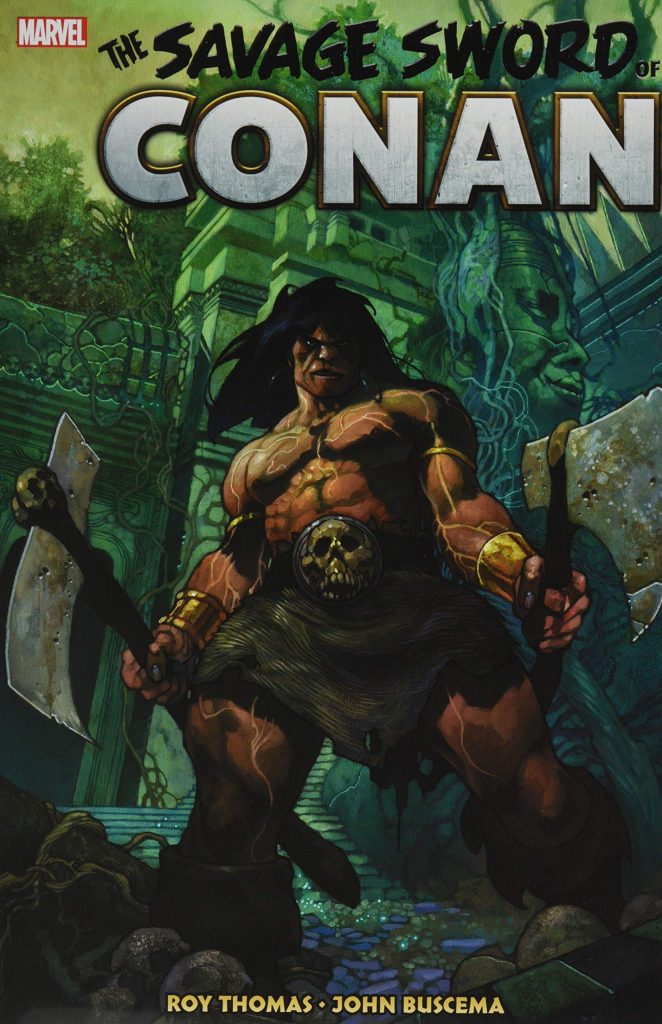 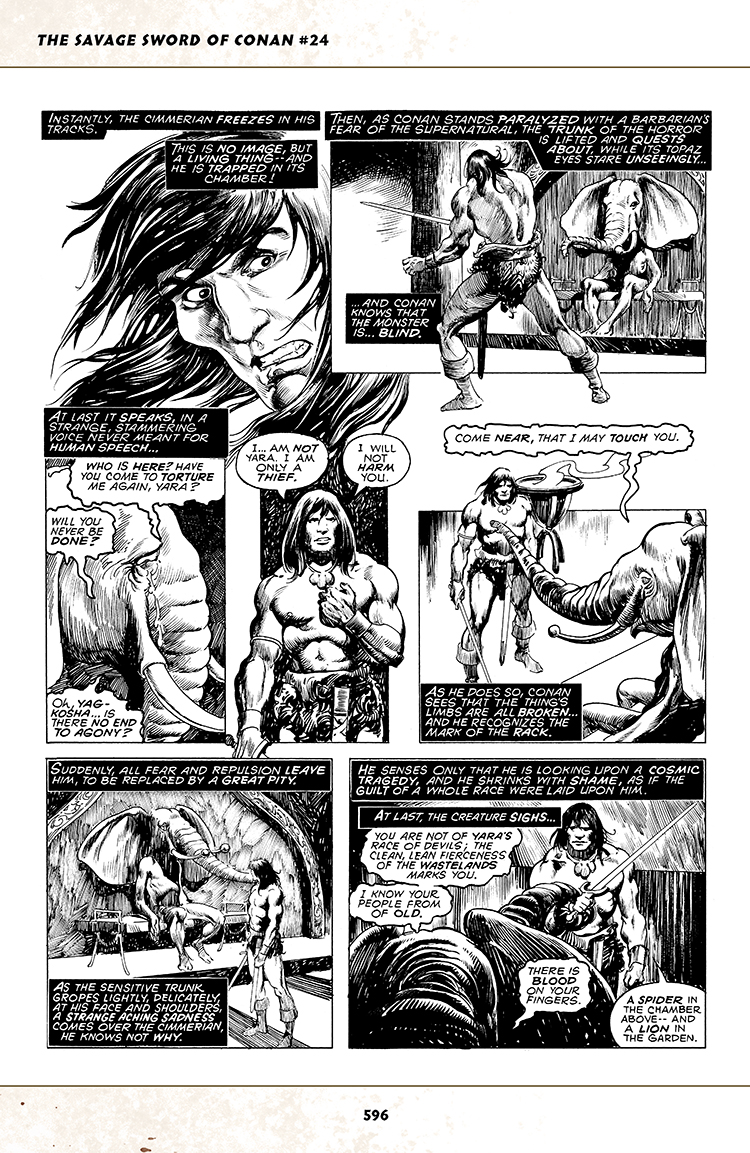 The Savage Sword of Conan: The Marvel Years Vol. 2 presents material from the original magazine from 1976 to 1978. As with Volume 1, only the Conan stories are reprinted. Stories featuring Solomon Kane, Kull, Red Sonja, and Bran Mac Morn, are absent. That still leaves a great deal to enjoy and Volume 2 contains some of the best adaptations of Robert E. Howard’s tales as well as another novel-length introduction by Roy Thomas detailing the production history behind each individual story he wrote. The art of John Buscema and Alfredo Alcala predominates, but they are bolstered by major contributions by Gil Kane, Neal Adams, Dick Giordano, Tony DeZuniga, and Walt Simonson.

Ironically, however, the volume opens with a reprint of ‘The Gods of Bal-Sagoth’, found in Conan The Barbarian: The Original Marvel Years Vol. 1. Dan Adkins replaced the colours with grey tones for this version. Although the story acts as a transition to a larger storyline, it stands alone quite adequately and Kane’s art is always dynamic. This is followed by the adaptation of Robert E. Howard’s ‘Shadows in Zamboula’, with art by Neal Adams. ‘Iron shadows In the Moon’ is entertaining despite treading familiar ground. This is not the case with the massive four-part adaptation of Howard’s ‘People of the Black Circle’ that places Conan in Vendhya where his attempt to ransom the princess, Yasmina, pits him against some very dark wizards. Thomas revisits Howard’s most famous tale, ‘The Tower of the Elephant’ in an expanded adaptation with art by Buscema and Alcala. Thomas and Barry Windsor-Smith had previously mined gold with this story and it makes for an interesting comparison between two highly individual artists.

‘Beyond the Black River’ is one of Howard’s most famous tales of civilized men finding themselves at the mercy of the wilderness with a barbarian as their only hope of survival. ‘The Pool of the Black One’ is a strange tale, with moments of interesting dread, while ‘Blood of the Gods’ is a sixty page swashbuckler that has Conan pinned down on a mountainside facing death from both without and within.

Also included is the full colour Marvel Super Special: The Savage Sword of Conan. ‘Revenge of the Barbarian’ is freely adapted from a Robert E. Howard pirate yarn and features colour washes by Marie Severin. The tale is notable for the absence of sorcery and monsters.

Roy Thomas and Walt Simonson complete the final three chapters of their adaptation of Howard’s essay, ‘The Hyborean Age’, outlining the history of Conan’s imaginary world. Essays, articles and original letter pages complete the collection. The extras are not as generous as in Volume 1, but Volume 2 is not burdened with non-Conan stories from Savage Tales. Overall, an entertaining and rewarding collection for fans of the genre and the artists whose work is showcased within.