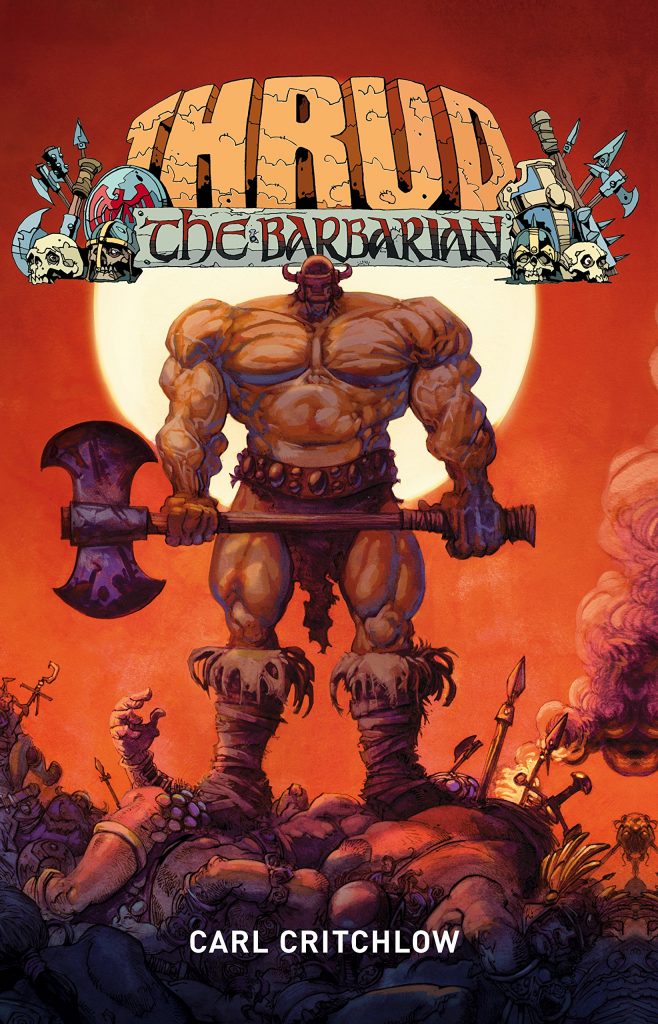 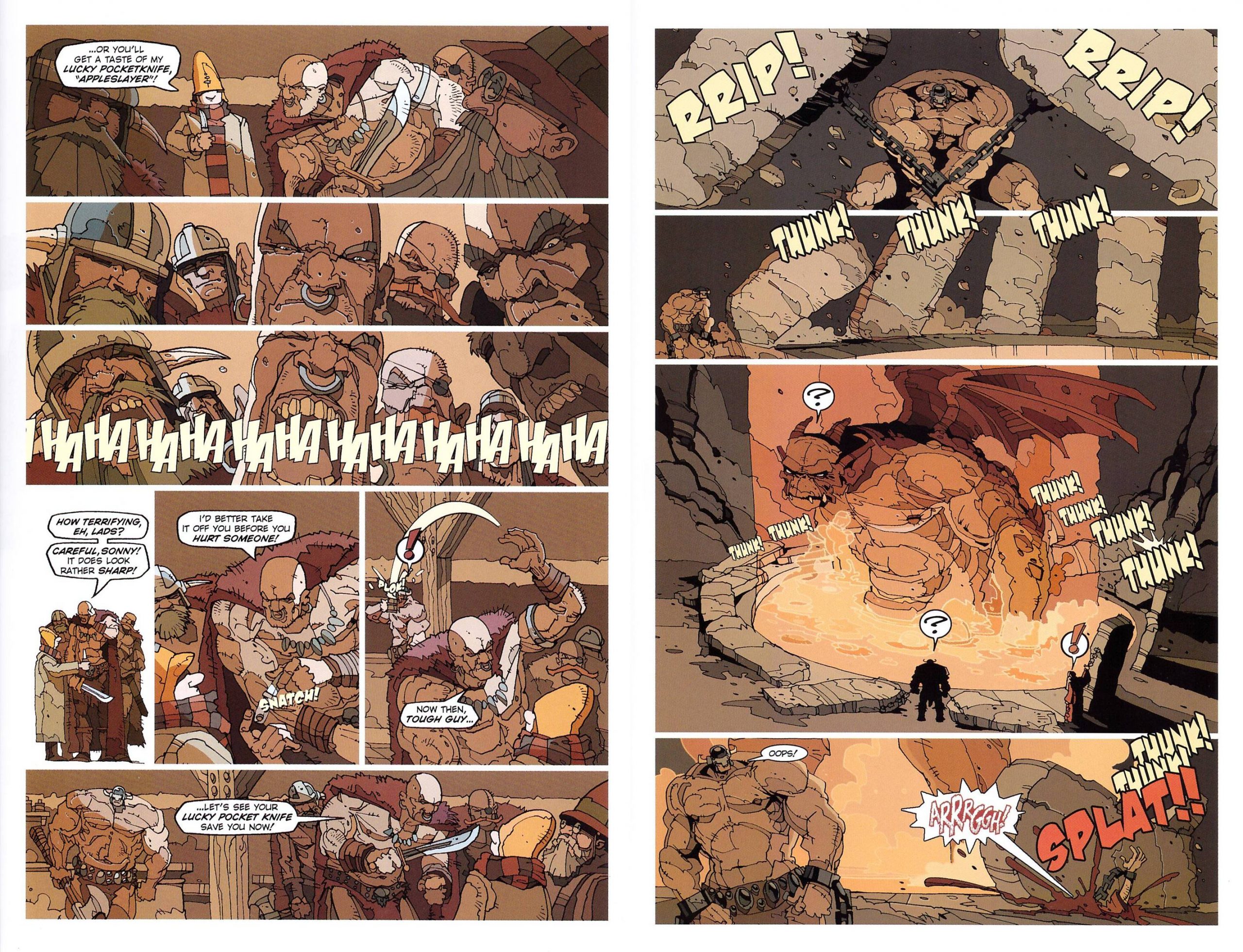 For the most part sword and sorcery parody begins and ends with Groo the Wanderer if one ignores the Dungeons and Dragons spin-offs. However, that’s not the entire story. Occasionally something else sneaks onto the shelves…

Carl Critchlow’s first successes were with the action painted style represented by the cover to Thrud the Barbarian, big brutes with big attitudes from Judge Dredd on down. The truth is that he’d honed his craft for years before then, among his output one page gag strips starring Thrud, a few of which are reprinted for connoisseurs after the main selection. It’s nevertheless a surprise to see Thrud rendered completely differently from the painted art associated with Critchlow. Excess remains the purpose, but constructed in an aggregation of shapes that somehow combine perfectly, like a dry stone wall, along with an absence of shadow. Thrud himself is as seen, tiny-headed and single-minded, but also untiring and undefeatable. Where he departs from the standard barbarian is that women feature well below beer and Worcester Sauce crisps on his list of desires.

While Thrud’s trade leads the five stories collected, Critchlow sets his sights at plenty of other targets along the way. The knights in the opening story are pastiches of bumbling upper class Englishmen, well-intentioned, but ineffective and deluded, and Critchlow even manages a version of Sláine among other names and faces British readers may recognise. However it might look, though, this isn’t one note comedy either. Critchlow combines preposterous illustrations played absolutely straight and there’s an impeccable pacing about his gags from set-up to pay-off. Both sample pages provide perfect examples.

Some would have it that there are only two constants to life: death and taxes. Thrud reduces that to one. It’s great.