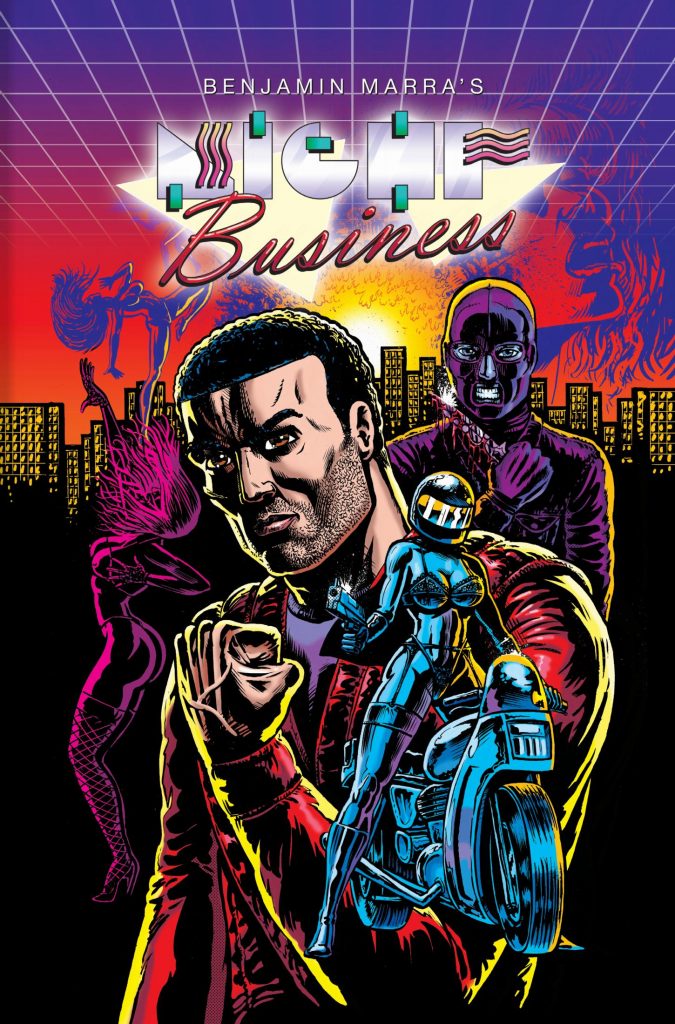 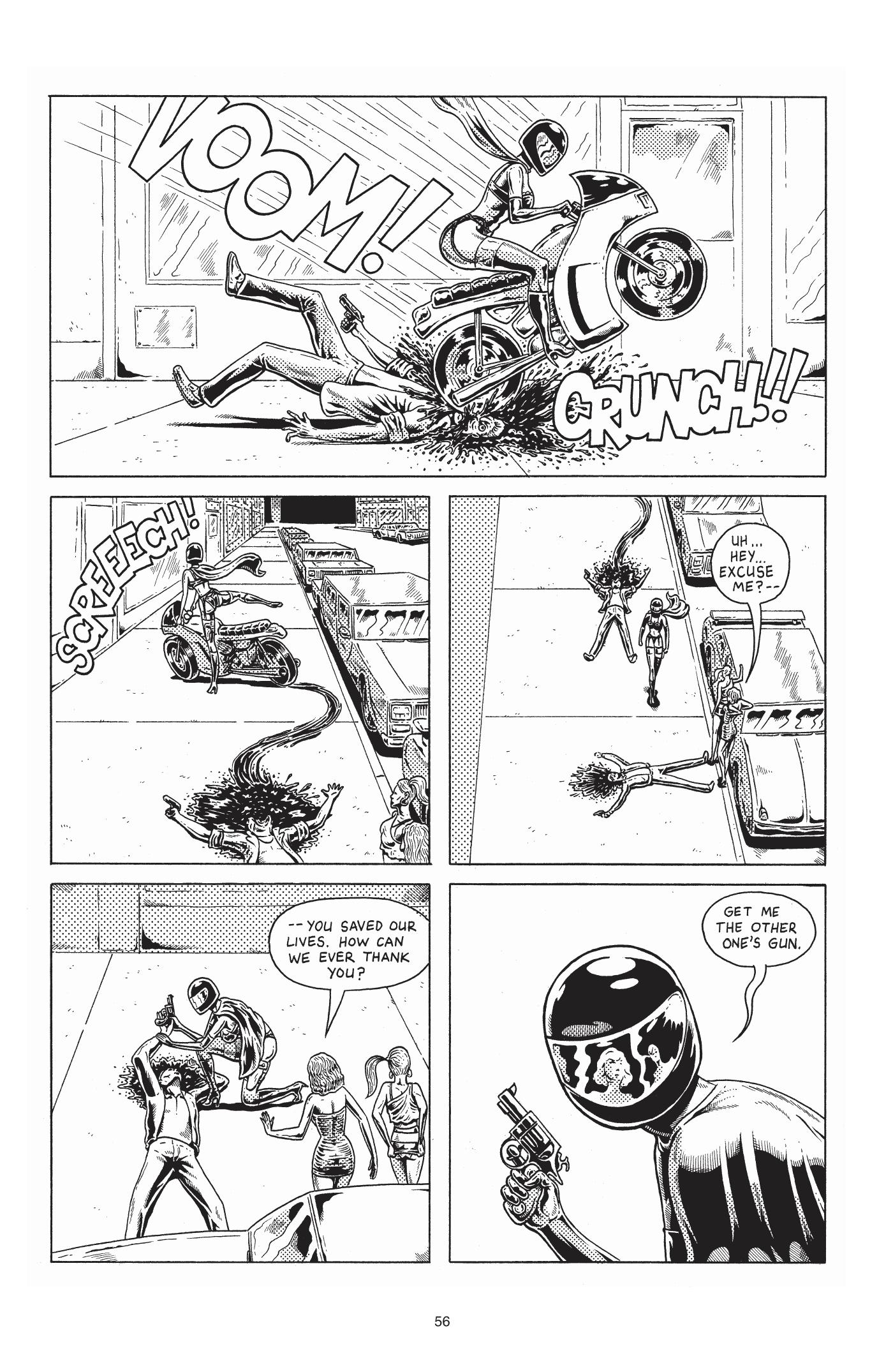 In Night Business Benjamin Marra applies his uniquely sleazy noir worldview to a sustained narrative, and the results are thoroughly entertaining.

A slasher is stalking strippers, with two killed to date. Johnny has a club and a management operation and this is not only bad for business, but he’s also a concerned type able to wring his hands at the inhumanity, and with respect enough for the women that he manages to see off pimps threatening them. Chase is a stripper who becomes a woman transformed. She already knows Johnny, and together they’re going to clean the streets.

Although the vehicles say otherwise, Marra’s world is a perpetual 1980s where the vivid glamour of lighting, clothing and accessories play against the grimy streets and surroundings. His influences go back further, with the terse dialogue and melodramatic plot elements reminiscent of 1950s crime comics before they were gutted by the Comics Code regulations, stories of greed, lust and violence, lovingly rendered and accompanied by hypocritical censuring captions. Dialogue is deliberately trashy and staged, and the art stiff and lacking refinement, but beneath all that there’s a solid thriller plot, and Marra’s skill is that you’re dragged right inside. Yes, there are some improbable moments, but that’s because Marra’s aim is to produce that visceral, punch the air thrill. Johnny or Chase may be facing impossible odds and have endured unendurable pain, yet, accompanied by lurid captions, they may be down, but they’re never out.

As there’s no such thing as being over the top in Marra’s pulp world, he keeps adding more villains, throwing in a cult, crooked cops, teenage gangs, corrupt politicians… In every case vengeance is exceptionally bloody and gruesome. Chase’s vigilante costume is a brilliantly trashy ensemble consisting of bike helmet, Victoria’s Secret bra and panties, thigh high boots and a cloak. Marra gets some use from the helmet. Dim crooks attempt to punch it, and she even keeps wearing it when having sex.

Marra is visually imaginative, but a technically limited artist, and for some the limitations will be problematical. However, it’s likely that a more professional illustrator would suck the energy from Night Business. Let it be. Night Business is two-fisted, frenetic mayhem, a hugely enjoyable run through of noir genre standbys.