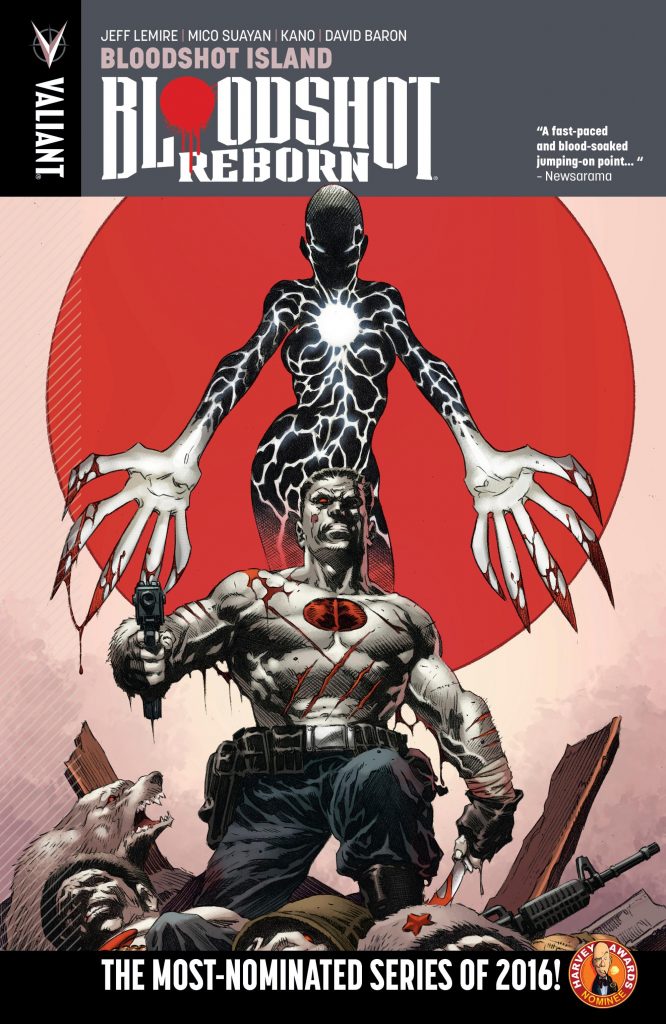 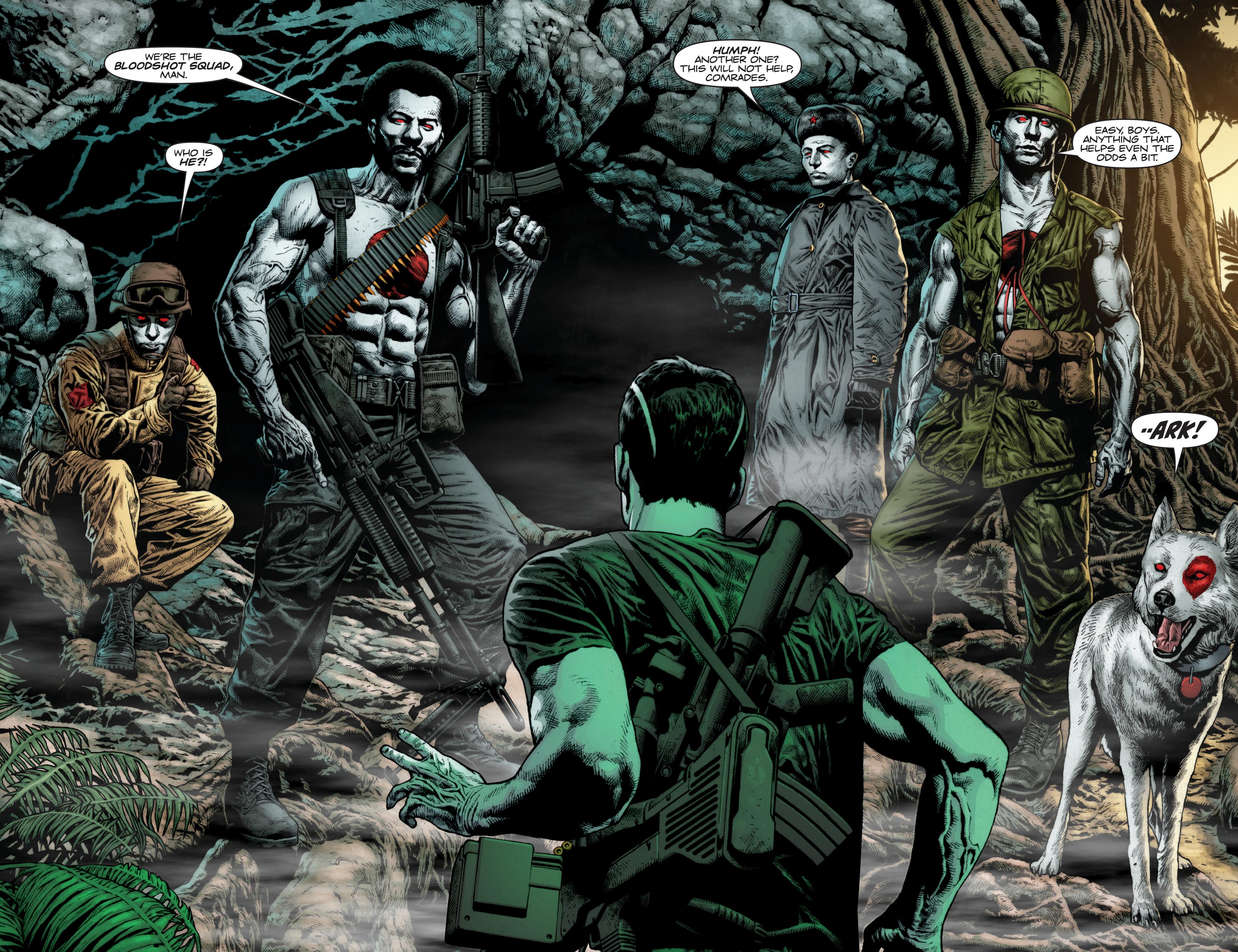 Much of The Analog Man seemed a little out of kilter, and while this was deliberate deception on the part of Jeff Lemire, the overall result wasn’t worth the surprise, and Bloodshot Island doesn’t entirely set things right. Where it succeeds is in providing a meatier package after two very slimline graphic novels.

Having discovered much of what he’s experienced hasn’t been real, Ray Garrison is now on the Bloodshot Island of the title, where he meets his predecessors and seems to be taking part in the worst TV reality show ever as they’re continually hunted. Due to the particular circumstances, FBI agent Festival was sidelined in the previous book, but she’s now back following her hunches and continuing her investigations. She’s not the only returning character, although one in particular is barely recognisable to begin with.

It’s disappointing to note that although there’s a desperate mission, and the assorted alternative Bloodshots are interesting, the bulk of Bloodshot Island is just a prelude to Bloodshot U.S.A., and while to accuse it of marking time would be exaggerating, it very much has the feel of an appetiser. Feeding into that is the curtain being pulled back to the villain of the piece, suitably odious, and frequent references to testing. There is some plot convenience in everything coming to a head when our Bloodshot, Ray, turns up, but it’s a welcome return for the near photo-realism of Mico Suayan on the art for several episodes. Tomás Giorello handles the final chapter of the regular Bloodshot series, and there’s a moody fluidity about his art that on his better pages brings Gene Colan to mind.

The remaining content is what was a Bloodshot Annual, hence broadly unrelated to the core story, and ‘The Silver Lake Slasher’ by Lemire and is a poignant mix of horror tropes and Of Mice and Men, nicely drawn by Kano. It’s the standout story in Bloodshot Island, and followed up by Ray Fawkes’ more abstracted sequel, which is over-cooked. Also not as successful is Lemire’s satirical swipe at company event titles, which never moves beyond obvious. The book concludes with the inspired teaming of Michel Fiffe and Benjamin Marra on ‘Hellcloud Awaits’. Both creators draw on the past for their work and reconfigure cliché into something fresh. It might not be the Bloodshot you expect, but it’s very effective.

This is also available as part of Bloodshot Reborn: The Deluxe Edition volume two.