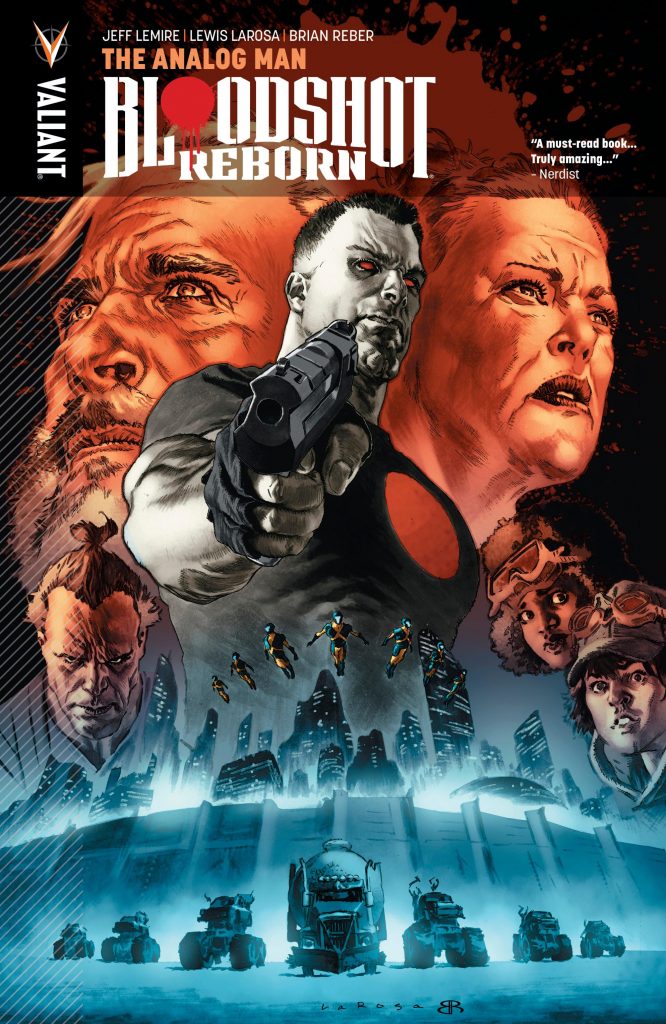 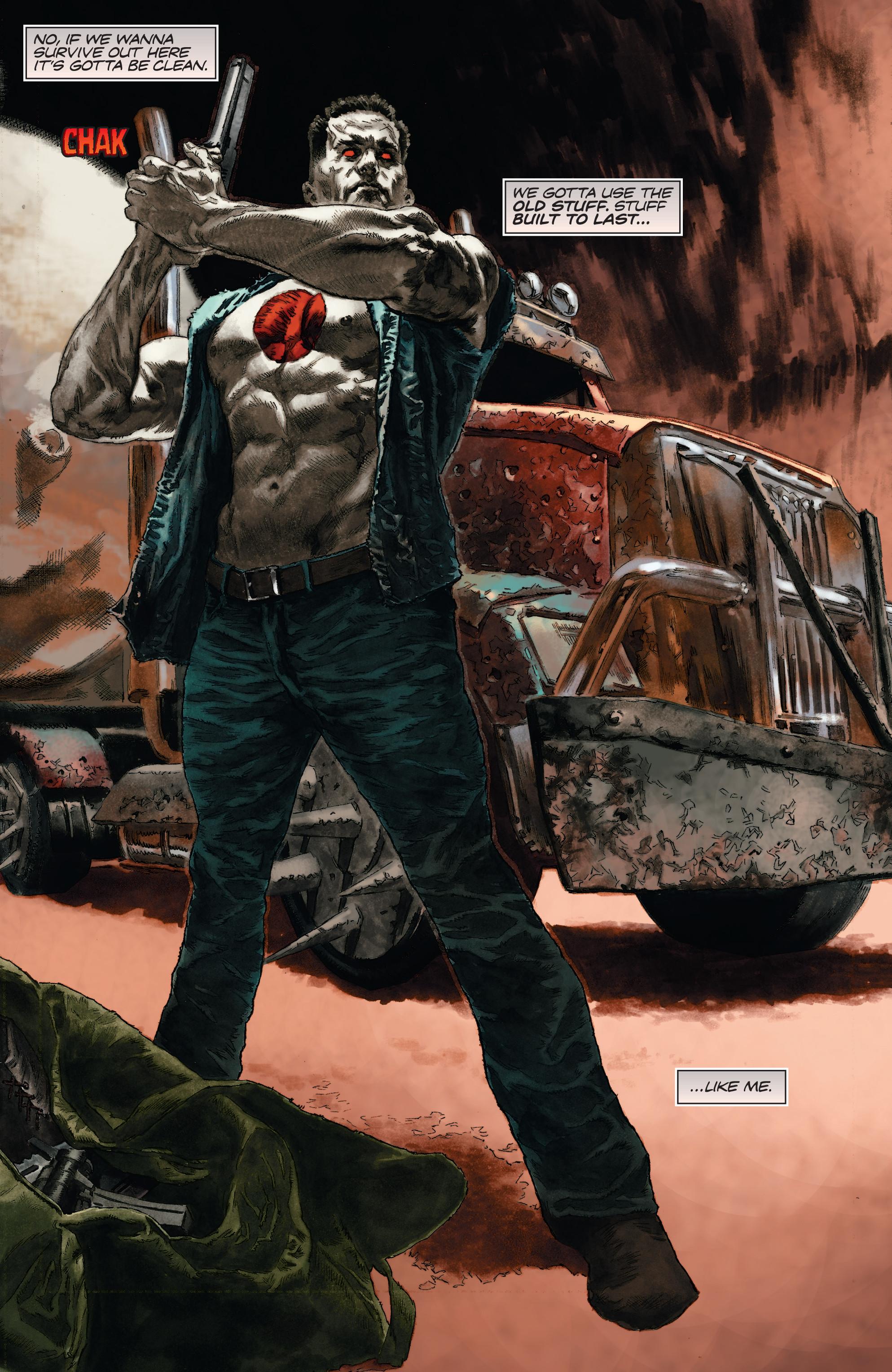 Jeff Lemire appeared to have completed a story in The Hunt. The requirements of the plot had been settled, and it was difficult to predict where the story might continue without Bloodshot slipping back into the killing machine he’d been previously. Some faith is in order. The Analog Man opens thirty years later for Lemire’s Mad Max tribute before developing from there.

The reason for the title is a sardonic comment on Bloodshot’s place in a new world. The nanites that enable his healing have been developed for commercial use and have changed the world, at least for those able to afford their benefits. Bloodshot and Magic live in a small Californian community some distance from the now walled enclosure of Los Angeles.

While it hits action beats, and provides some thrills, much of The Analog Man seems too easy, as if it’s Lemire on autopilot. He’s good enough that he can operate that way without short changing, but the seemingly gratuitous inclusion of other Valiant heroes and the predictable adventure story elements all appear to add up to an experience that doesn’t match the earlier Bloodshot Reborn. He’s now been reborn, so has Lemire’s run out of ideas? He hasn’t. He’s leading everyone a very merry dance, and it pays off. Unfortunately, that’s right at the final knockings and it’s Bloodshot Island that holds the truth.

Lemire constructs his story to integrate events between the ending of The Hunt and the opening of The Analog Man, and whether by his direction or the invention of Lewis Larosa this element leads to several clever visual segues. Elsewhere Larosa is an old hand at the action material forming most of the plot, and he supplies exactly the high-octane art called for, throwing in several fantastic spreads.

This otherwise short four episode collection is bulked slightly by the inclusion of a series prelude originally created for a Free Comic Day publication. Given what’s happened in the final pages, the inclusion makes as much sense here as it would have done starting Colorado, and it’s nicely drawn by Butch Guice capturing the melancholy atmosphere.

This content can also be found with the previous two Bloodshot Reborn graphic novels between the oversized hard covers of Bloodshot Reborn: The Deluxe Edition volume one.