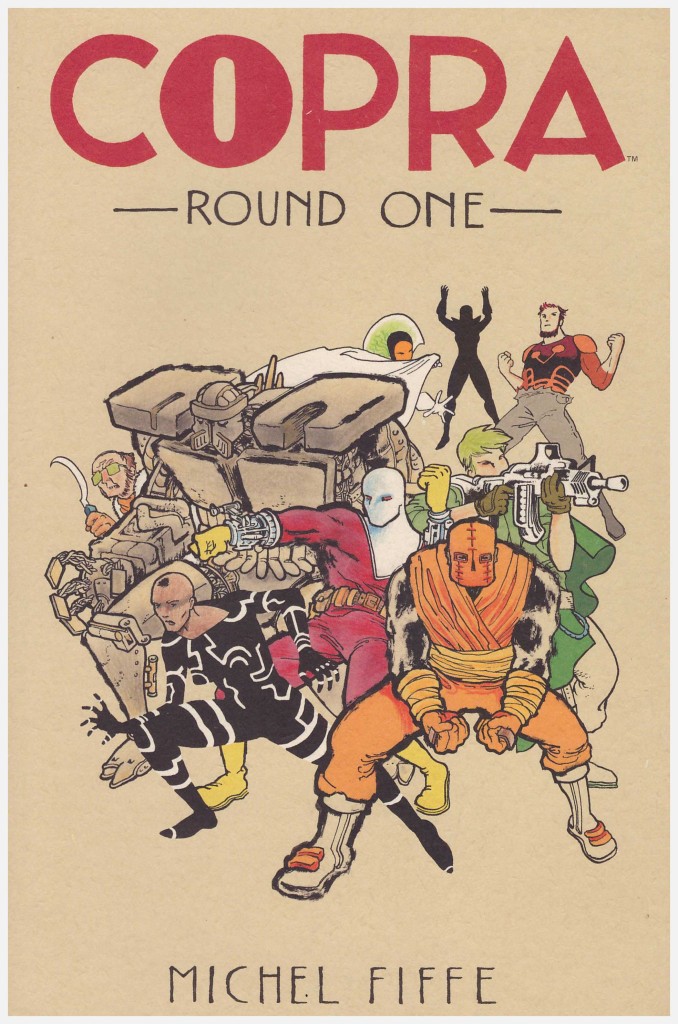 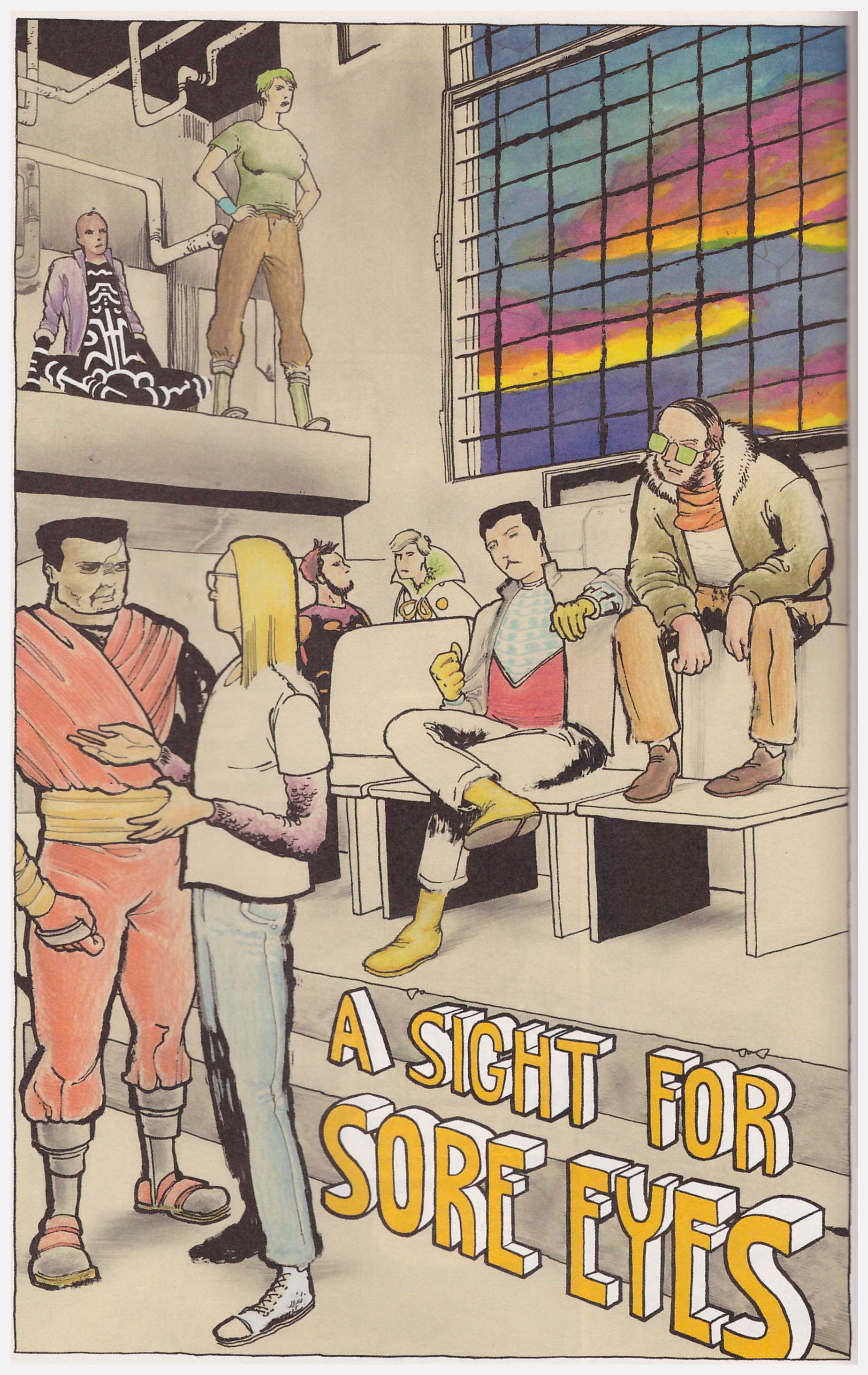 The cover’s a fair indication of where Copra’s going. Isn’t that Deadshot? From the Suicide Squad? Well, DC’s lawyers may take a different view, but it’s not. Neither is it Amanda Waller inside leading a covert action squad of one time criminals, it’s Sonia Stone. And that’s not Doctor Light in the opening chapter, just someone coincidentally called Lite who just happens to resemble him down to the finned helmet.

Familiarity continues as characters extremely similar to other DC and Marvel trademarks are used, in what seems a headlong rush to have every corporate lawyer in comics send a cease and desist letter. The oddest thing of all is that Copra isn’t just some self-indulgent fan fiction project, as the imagination Michel Fiffe applies to other content results in memorable original creations. Before long, though, Fiffe has gathered stand-ins for most of the Suicide Squad circa 1989.

Copra begins as super powered humans undertaking covert, but officially sanctioned missions with a caveat of plausible deniability should it be required. It certainly is after the latest mission results in an entire town of 31,824 people being wiped out. The surviving members of Copra are immediately blamed, and warrants issued for their arrests. They’re not without resources of their own, however, and call in favours and acquire new allies in the attempt to discover the truth and clear their names.

Fiffe’s art is initially unsettling, but it becomes second nature, and his original designs are striking, the villains of the piece pulled straight from Grant Morrison’s hallucinogenic visions, still vaguely recognisable as human, but not by much. His visual imagination really takes flight when incorporating the science of other worlds or the black magic involved. We’re presented with funky geometric shapes, grids, and jagged, mismatched panel segments, some bled of colour, all combining to set a fabulous mood.

With the influences so blatant, the benchmark becomes whether or not Copra stacks up against John Ostrander’s iteration of Suicide Squad. It doesn’t. It obviously helps that Ostrander’s already defined many of the cast for Fiffe, but these new versions often fall short. Sonia Stone, for instance, is nowhere near the primal force of Amanda Waller. Fiffe’s plots don’t have the depth either, but what he does have going for him is a headlong rush of kinetic enthusiasm, the thrill of the ride. Copra has the feel of comics scratched out panel by panel, with any new idea thrown in, and there’s another famous comic creator who took that approach…

Fiffe’s not the finished article yet, but despite its derivative cast, there’s an awful lot of promise about Copra, down to the enigmatic ending. 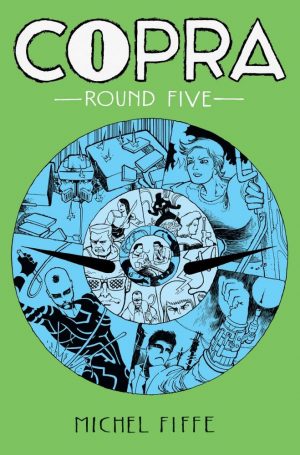