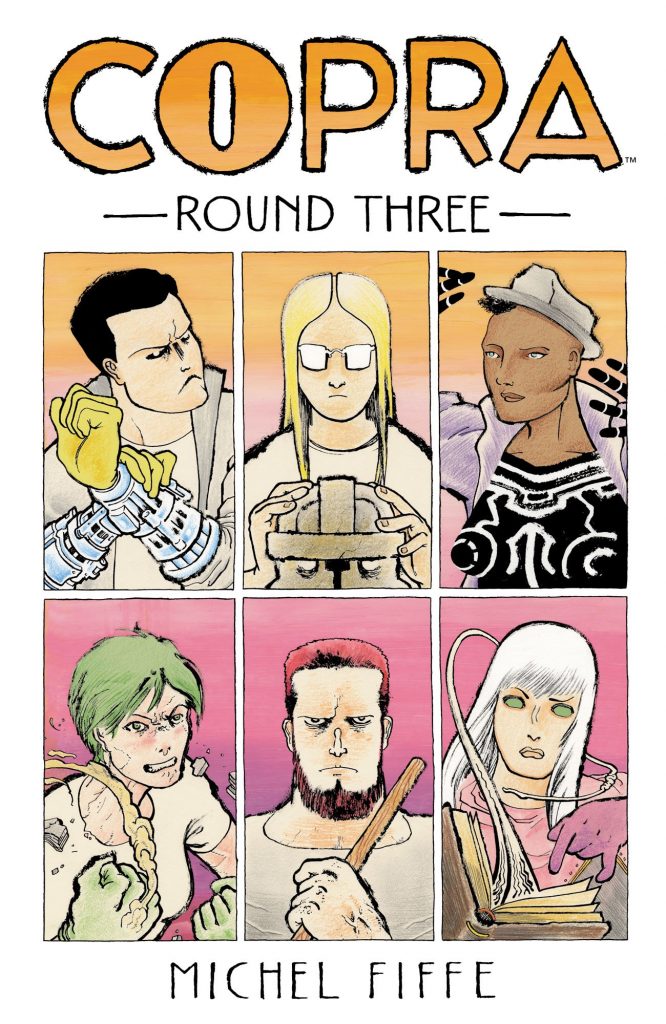 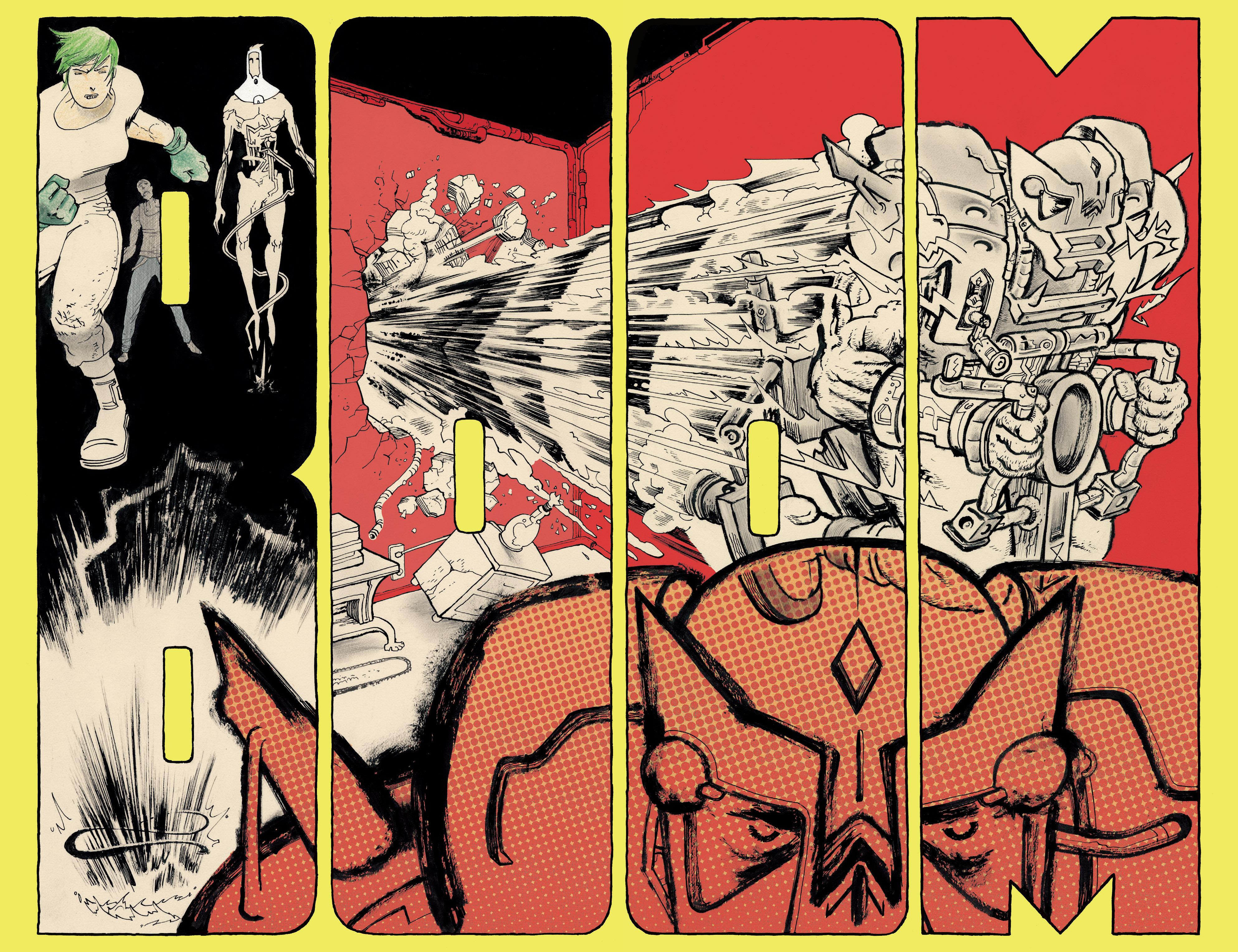 With his epic completed in Round Two, and Copra a word of mouth success, Michel Fiffe used this selection of stories to step back and take a look at the cast of his super powered mercenary squad in individual chapters. He explores their personalities, their secrets and their motivations, and emphasises their humanity by titling most chapters after their names rather than their codenames. Even more so than the previous books it underlines that while Copra may take a 1980s superhero comic as its starting point, this is a resolutely 21st century reading experience. Every story is good, every story is weird, and every story takes the sensibilities of superhero comics, but breaks them into such visually arresting moments that selecting a single page of sample art is difficult.

These stories also broaden Copra, very well sequenced in pulling it ever further away from its influence, and showcasing the breadth of Fiffe’s storytelling abilities as he goes genre hopping. There are still superhero stories here, but also a couple of what could be broadly considered crime stories, one that takes the naturalism of Love and Rockets as influence, and a couple where science fiction mixes with melodrama. Round Three is a study in contrasts, starting with Lloyd being eaten up by thoughts of revenge for his son’s death, moving to what begins as the ridiculously mundane life of Wir/Patrick and his grandmother’s birthday party, and taking off from there into escalating weirdness.

Lloyd’s story picks up directly from the end of the previous book, but others follow up on events from it, most obviously Xenia and Rax’s stories, both of which channel Steve Ditko. The newly powered Xenia is gradually becoming ever more disassociated from reality, nicely portrayed by Fiffe in cracked panels and abstracted images, before opening up into a psychological battle in a Doctor Strange style dimension. Rax’s revolution worked in Round Two, but his coming back to sort out the problem is a political inconvenience, and he’s been jailed. This is a different Ditko homage, a strict nine panel grid applying to most of the story as Rax ponders his relationship to the law of his world, and the moral code. Fiffe also toys with Jack Kirby riffs in Guthie’s story (sample art), one of several setting up future plots.

Despite giving a lot of background on the core cast, this isn’t the collection to start with, as the later stories will lack the emotional resonance they have for anyone who’s read the previous material. Fiffe, always narratively ambitious, is spreading his wings, and the storytelling is beginning to match the quality and imagination of the art.

Where’s Boomer gone, though? Find out in Round Four.