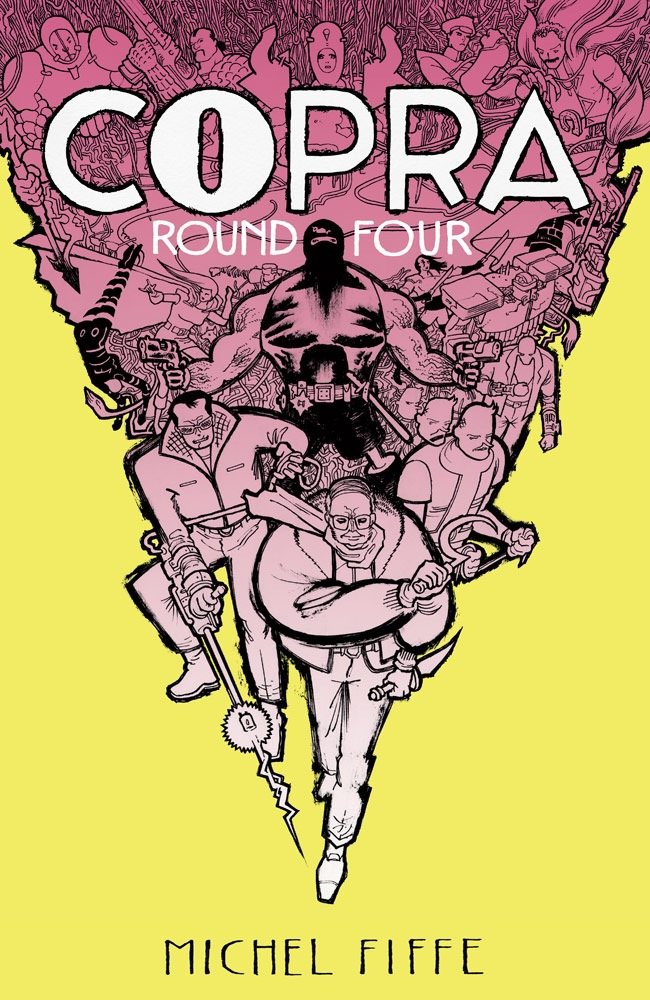 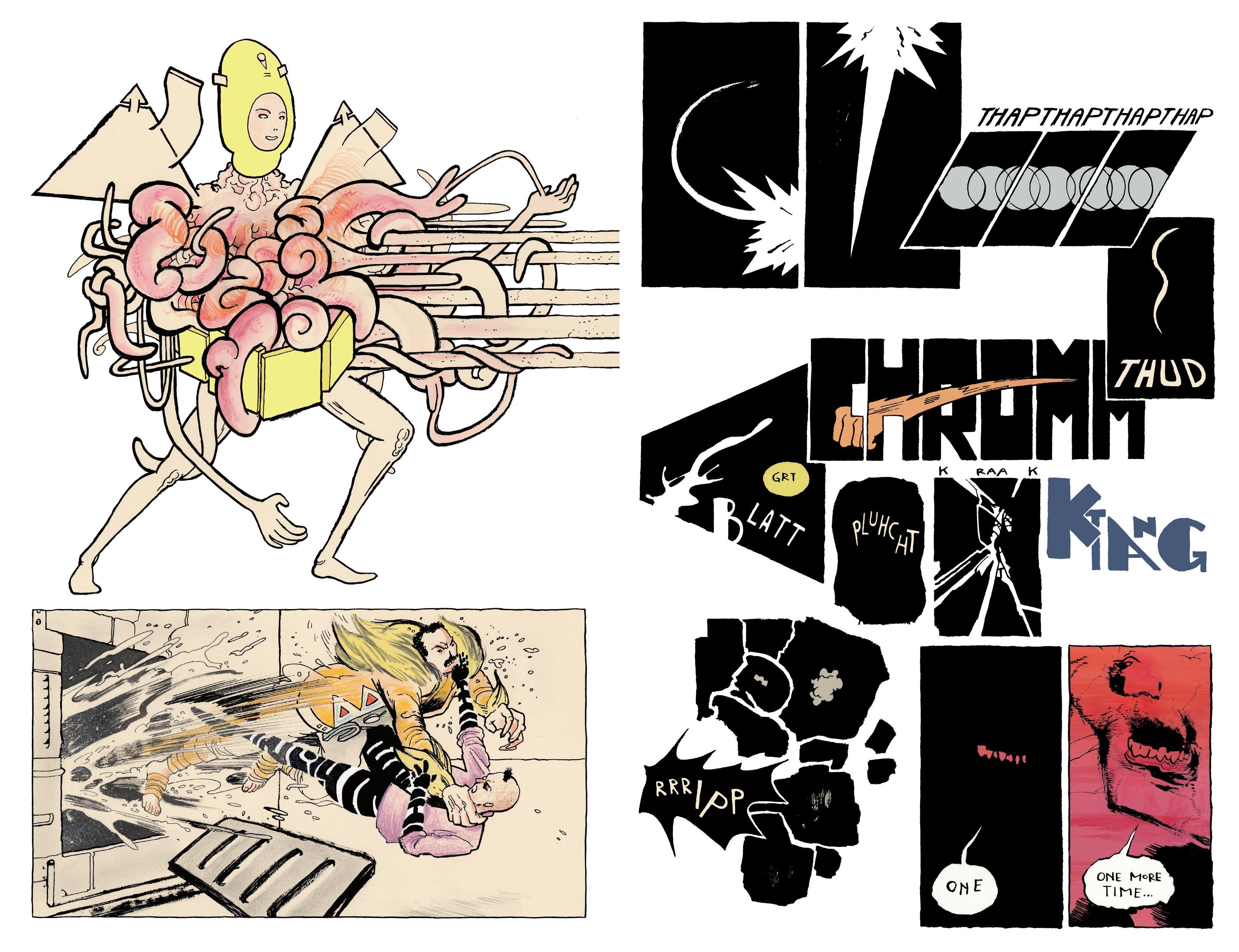 Michel Fiffe’s imagination is key to Copra, pulling it away from its inspirations and sometimes into very strange territory, as seen by the sample art of the foes faced by the Copra squad as they attempt to free one of their own. Yet this character, Warsaw by name, is just a throwaway, a cannon fodder visual effect in an episode re-establishing the brutal efficiency of Copra as a strike force after the more personal stories in Round Three. Fiffe’s constantly experimenting with the visual aspects of Copra, and the right sample art is an example of that, relating events in darkness via sound and cleverly leading the eye across and down the page via the shape of the panels. Other forms of storytelling sophistication occur throughout this collection, and while purists might have it that if you’re noticing the trickery then it’s not entirely working, ignore that and admire the effort Fiffe’s putting in.

A character who avoided the personal stories was Boomer, on the run since he crossed deadly assassin and former buddy Lloyd, and early chapters here have him tip up in New Orleans to visit old colleagues. These are alternate versions of Flash’s foes, but stripped of any dignity. They’re villains, but pitiful specimens, so Boomer fits right in.

While they don’t play major roles, two characters are key to what happens in Round Four. One is Lloyd, who has his revenge mission to take care of, but whose past also returns, not to any great detriment as far as he’s personally concerned, although potentially very damaging to Copra. That ties in with the other effective character, Flo, a computer analyst who guides the team during missions and one of the many civilian staff employed by Copra. They live a high tension life among the villains, so how does that effect their mental wellbeing, and what’s it like working in an environment where fatalities are part and parcel of the daily job?

Copra at the start of this collection is very different from Copra when it ends, by which time there’s been an underlining of what they do, who they are, and how moral compasses are set very differently from most of us. It provides a compelling read, but only for people who’ve read the series from the start. Fiffe makes the minor concession of a few footnotes, but explaining who people are and their particular motivations isn’t a strong point. Alternatively, how many people are going to start reading a series with the fourth collection?