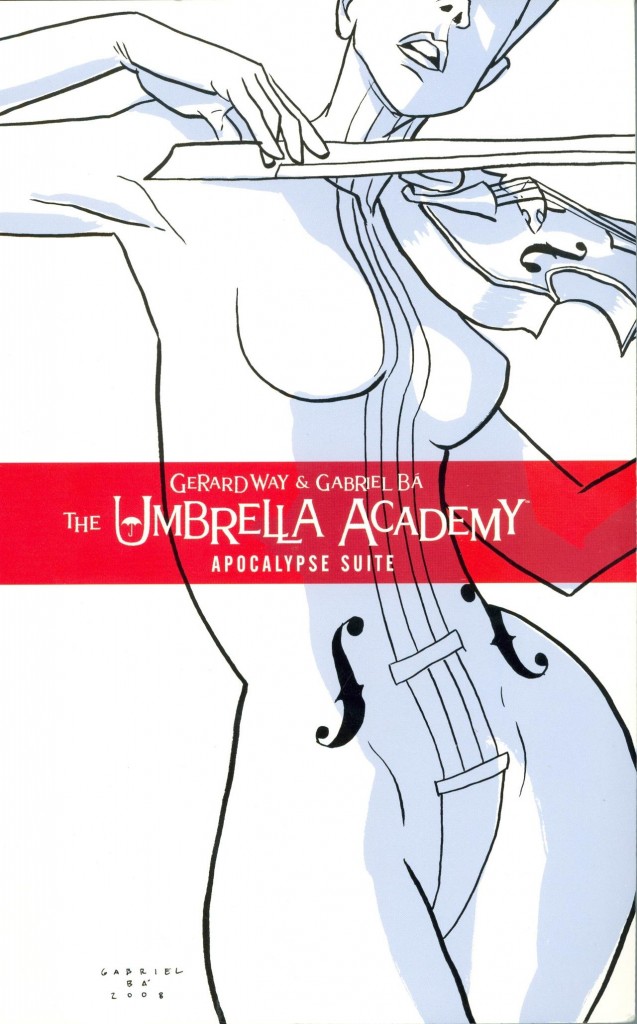 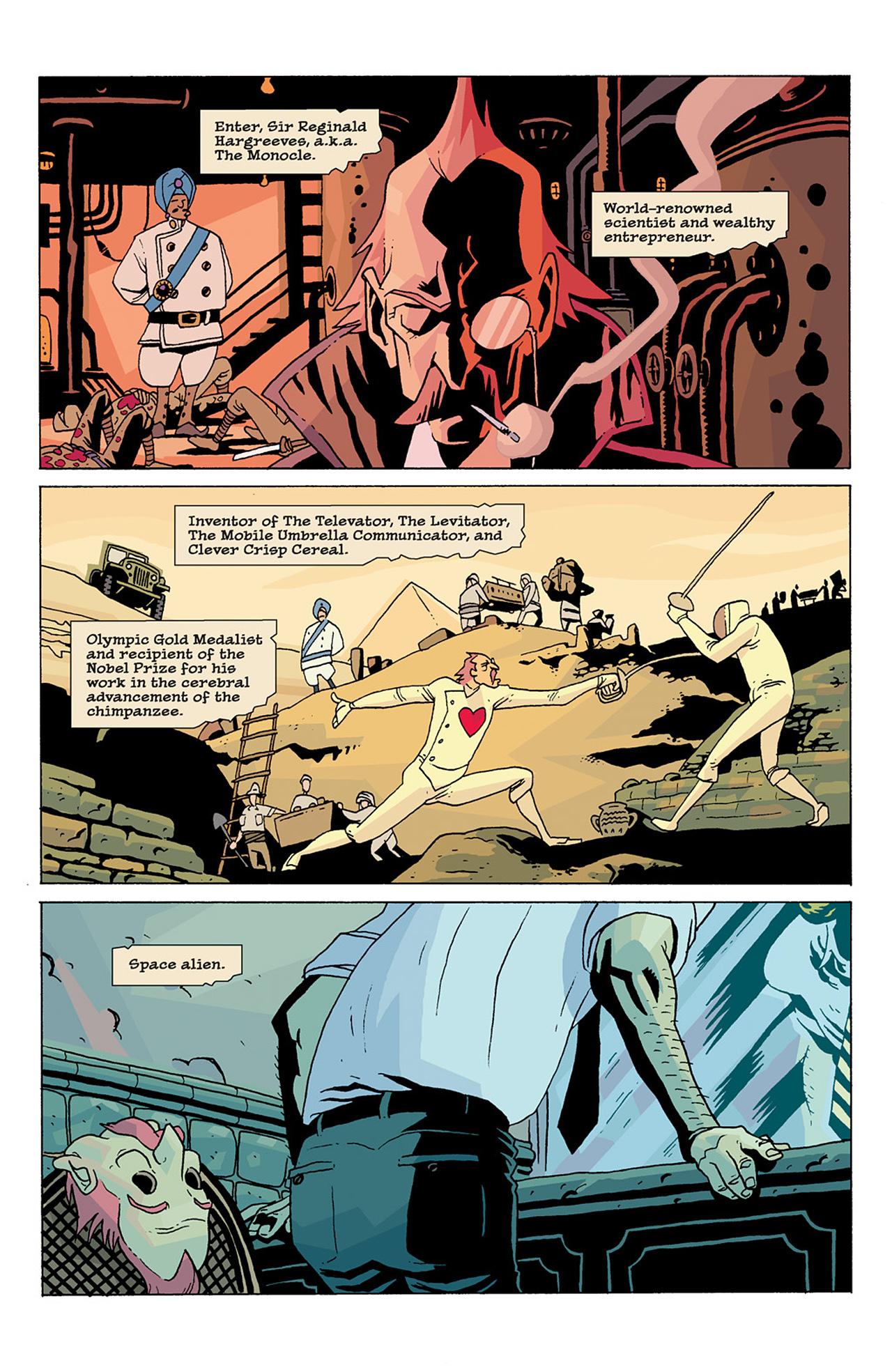 Gerard Way takes Salman Rushdie’s Midnight’s Children as an inspiration for his starting point to Umbrella Academy, having a group of unique children born at exactly the same time as a significant event. Each of the numerically designated children has abilities beyond those of normal humans apart from Number 7, who displays no special talent. They’re adopted, monitored and raised by Sir Reginald Hargreaves, an eccentric scientist who believes they’ll be required to save the world, but who provides no further details.

An opening chapter sees the group as children dealing with a potential disaster in Paris before shifting forward twenty years. During that time they’ve all acquired code names, Number 5 has disappeared before he ever had the chance and Vanya, Number 7, has split from the group acrimoniously. Those that remain in a touch are a dysfunctional family, and their apparent purpose has failed to materialise.

The Umbrella Academy looks far more like a European product than one originating in the USA, and the reason for that is the cartooning of Gabriel Bá. Way’s operatic script provides the basics of eccentricity, but Bá brings the cast and their environment to life in jagged fashion with page after page of images that stick in the mind after the book is closed. He creates inordinately complex glorious machines with excessive cables, lights and panels, and on his pages everyone is busy. It’s very rare that they’re just sitting about. There’s more than a touch of surreality about matters. One character recalls Steve Gerber’s Defenders, and Grant Morrison’s Doom Patrol is another source of inspiration. This in the way in which one odd threat is layered upon another, but to the cast it’s just their normal lives, and in the originality of the abilities the cast possess. This mashing of the mundane, the magical and the impossible creates a constantly shifting sense of wonder that Bá brings to magnificent life.

Apocalypse Suite is something to be savoured as a headlong rush. A few elements of the plot are just too convenient and not all the relationships convince as they should without the foundation for their conflicts. Others strike a chord when least expected such as Rumour and Spaceboy’s conversation just prior to the big finale. There’s vastly more good than bad, however, and for two creators little known at the time, for their comics work at least, it’s a remarkable achievement. Dallas follows.