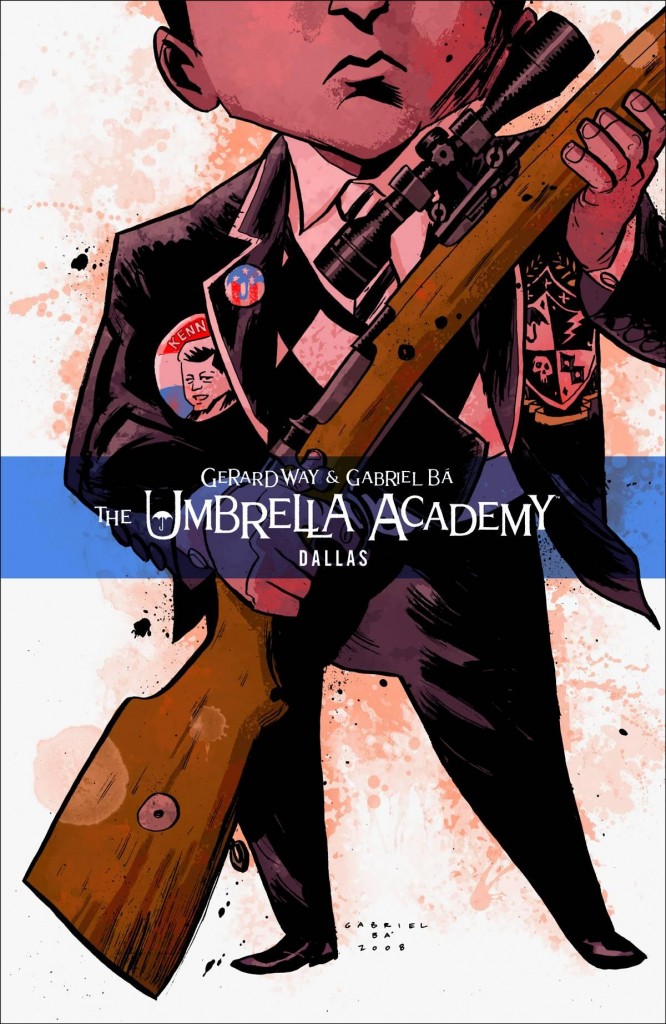 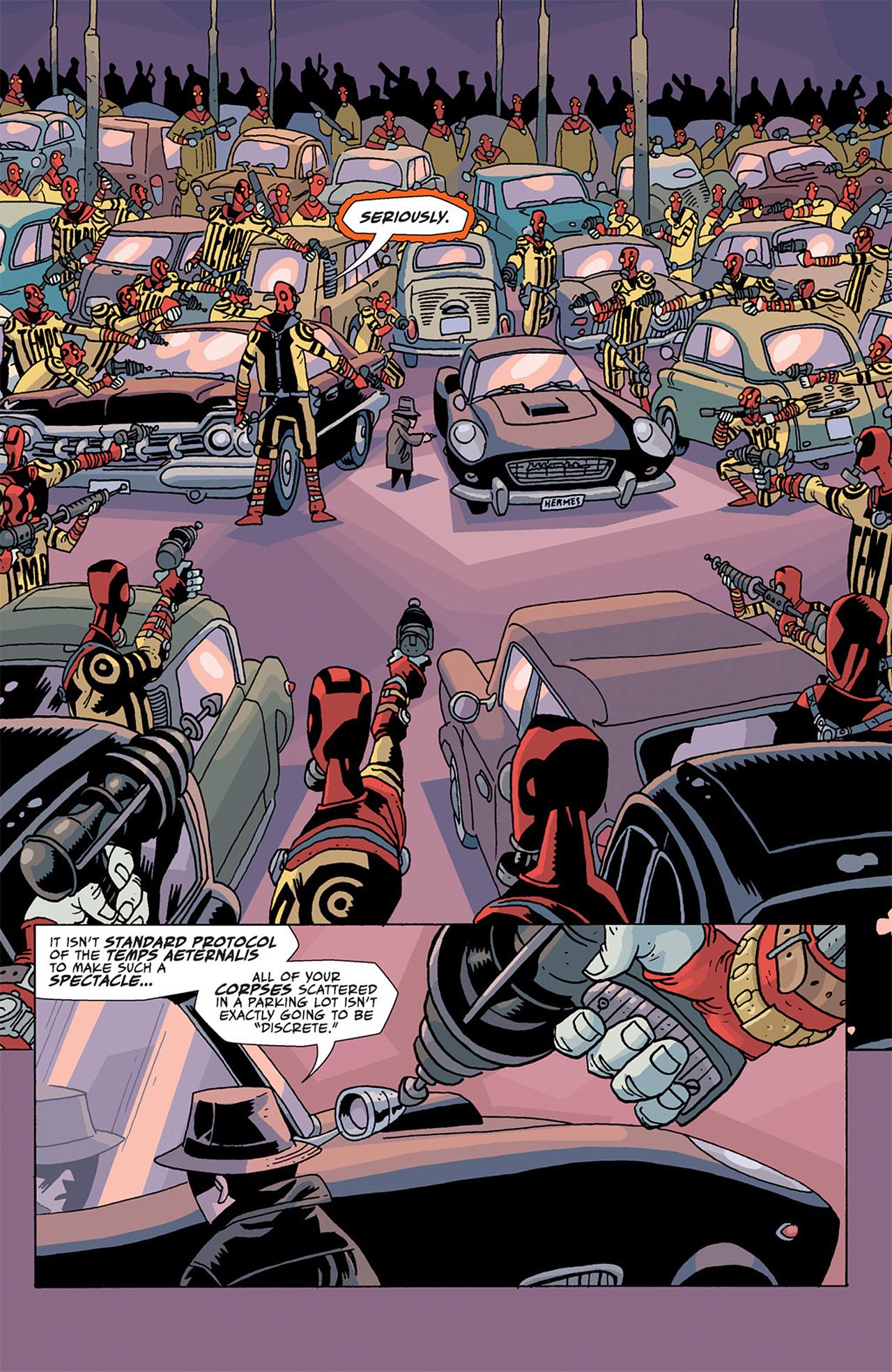 The former students of what was derisively known as the Umbrella Academy are, with one exception, now in their late twenties. Apocalypse Suite detailed how the disaster that they’d been united to prevent has come to pass, and the partial consequences of that. The seven original gifted and adopted children didn’t progress past childhood as a united team, and there are plenty of physical and emotional wounds to heal as they move beyond the reason for their existence.

Gerard Way previously presented surrealistic superheroics with some original concepts, but to begin with Dallas is a more contemplative graphic novel. The brief alliance that permitted people who could no longer stand each other to reconvene is fracturing with the threat that reunited them now dealt with. Every member of the cast has a fascination, but the most compelling is a man who’s lived into old age now trapped in the body of a young child. His interaction with some distinctively suited characters in a diner was never adequately explained, and that now comes home to roost early as its disclosed that they’ve not given up their pursuit.

Perhaps another artist with a different style could have made a success of The Umbrella Academy, but the distinctive work of Gabriel Bá is so wedded to the cast and locations that even imagining that is difficult. If anything the art is more jaggedly spectacular than before, and the scenes where he’s called upon to provide a different environment are really memorable thanks to Dave Stewart’s colouring.

The masked pair of psychotics who’re major threats in Dallas are a little too derivative, and suffer from the same lack of credibility that applies to all infallible assassins, but Way deals with that. He also offers a fantastic interpretation of God (or maybe not), and sets up a brilliant finale in the past during which the members of the Umbrella Academy may get to sort out their differences once and for all. Before that we’ve been treated to a dazzling array of set pieces, a skim across several genres and several occasions where Way throws in the logical, yet unpredictable to screw with us. Oh yes, Dallas? Well, what’s the most famous event that occurred there? It’s getting a replay. Want to know what the song on the jukebox at the end is? Check here.

Dallas is unique, ambitious, creative, stunningly realised and a lot of fun. A third Umbrella Academy graphic novel provisionally titled Hotel Oblivion has been mentioned, but as of 20i7 hadn’t appeared.