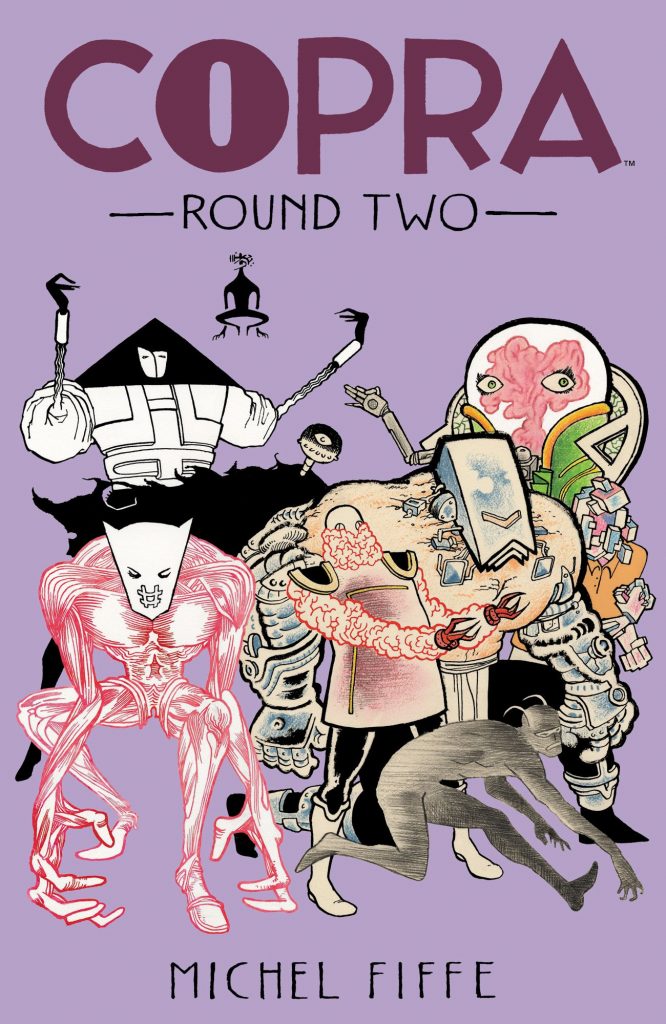 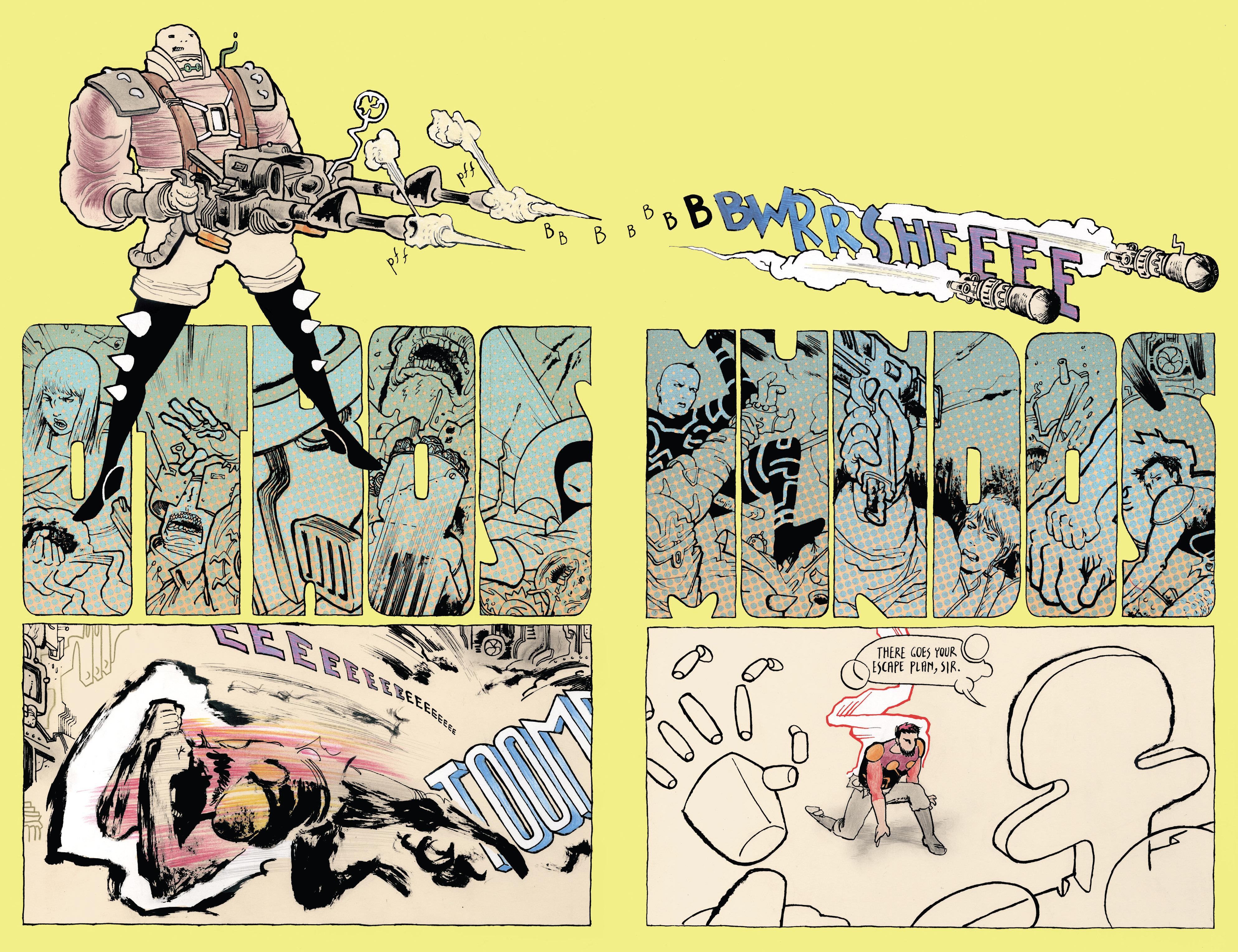 In terms of character and structure Copra Round One was extremely derivative. Michel Fiffe took the characters from John Ostrander’s late 1980s version of Suicide Squad and created his own adventures around them. It’s a project continued in Round Two, down to opening with an interlude episode operating as insight and background on the various Copra agents.

The thing is, however, that Fiffe might have copped his cast from elsewhere, but this is far more than some bedroom-created fan homage. There’s an incredible energetic pace to Copra’s activities, and an ambition about Fiffe’s art, which offers imaginative character and page designs, the latter on occasion opening up into glorious spreads. There’s a density to the pages simply due to how much is going on, and Fiffe is consistently experimental. The colouring sometimes looks as if it’s applied by coloured pencils (and may well be), and the book is littered with examples of the black outline being shunned altogether. It is, of course, an echo of those late 1980s comics that so influence Fiffe. Technology has improved to permit this indulgence whereas in the 1980s company production departments wailed at the cost. It’s most impressively used midway through for a character whose skinless body displays sinew and musculature.

Visual intensity is by far the strongest element of Copra. The plot occupying half the book has Rax, the stand in for Shade the Changing Man, return to his home world (the weirdness of the original being created by Steve Ditko) and overthrowing the despot who’s set up there. Technobabble is the order of the day, with makey-up words engendering urgent need when we’ve really no idea what’s going on at all. The remainder of the book ties up the loose ends from Round One with an investigation into who was behind matters and why. It’s seemingly more traditional, although neatly pulled together, until a bunch of eccentric looking characters teleport in for the finale and the art once again takes flight.

When Fiffe created Copra he set himself the goal of plotting, drawing, colouring, scripting, lettering and publishing a comic on a monthly basis. He knew on starting there would be flaws, that the insane schedule wouldn’t permit time for fussing or dithering, but hoped the spirit would compensate for the imperfections. On that basis he’s responsible for a glorious success. Revel in his imagination.

There is, however, a Round Three.