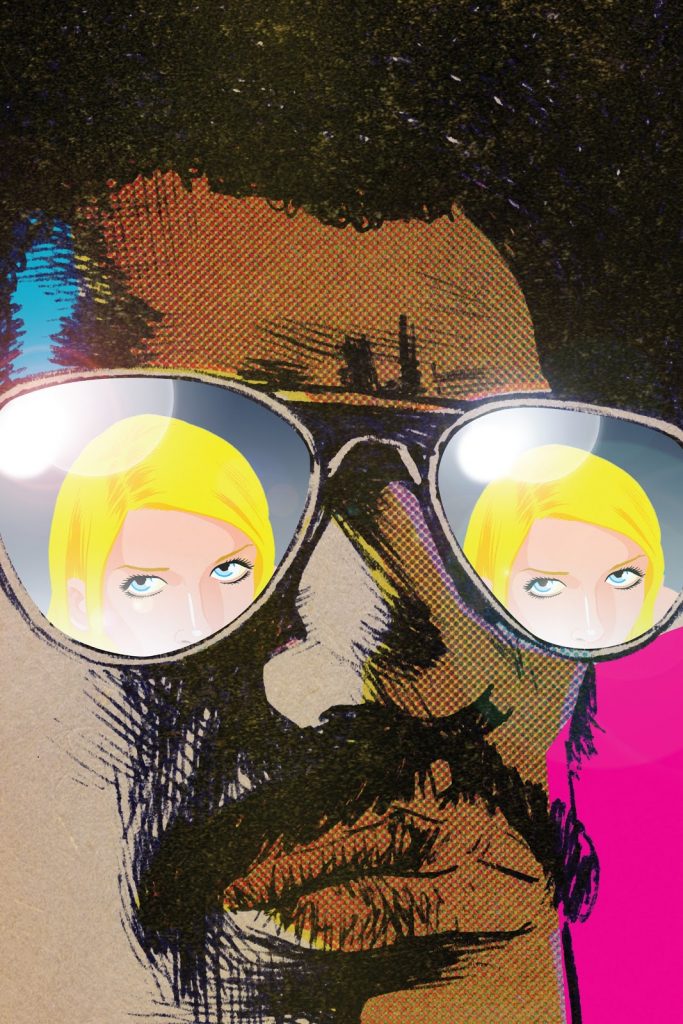 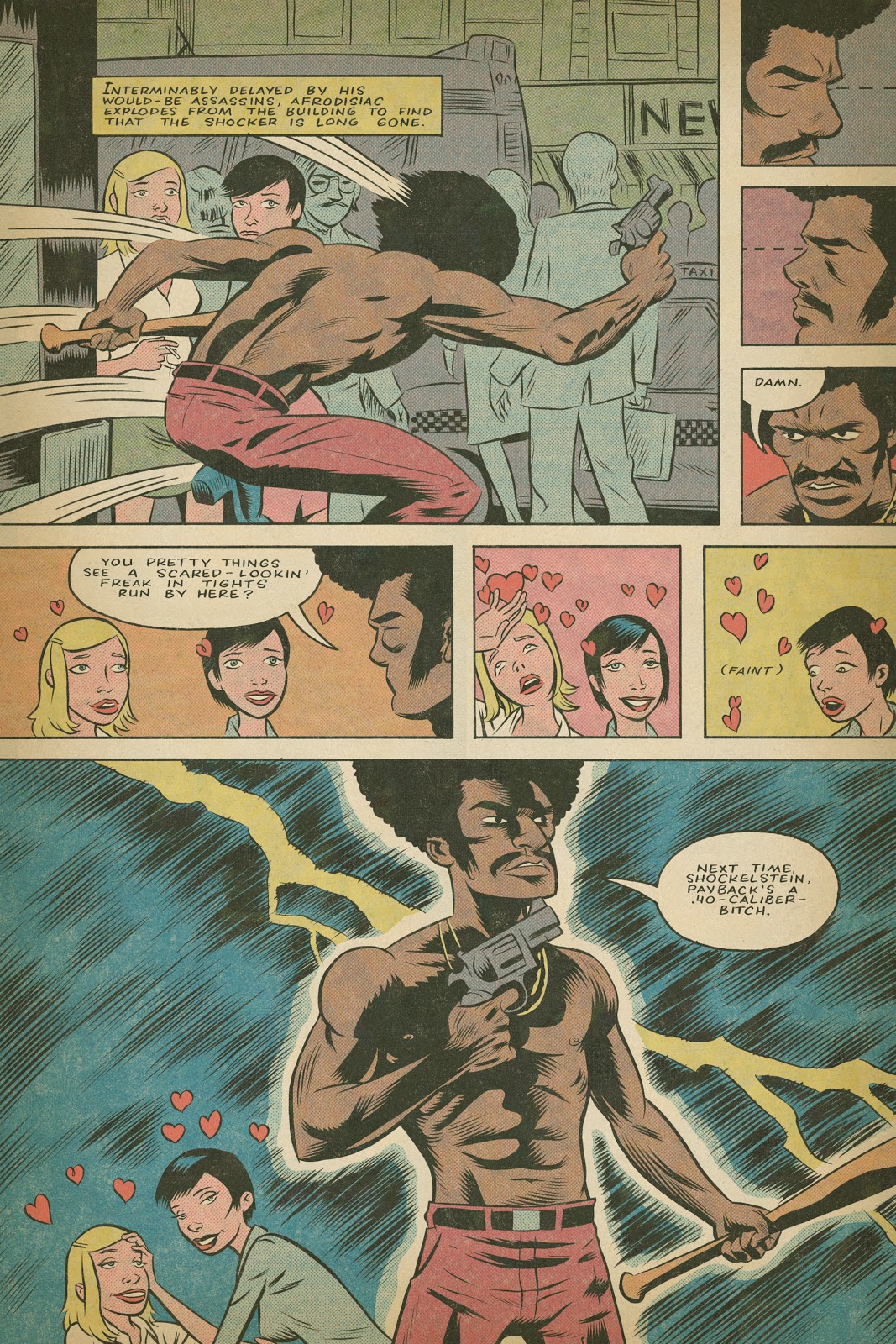 Afrodisiac is interesting well beyond the finely delivered pastiche, and is all about the context. A reader aged thirty or under could well misinterpret Jim Rugg and Brian Maruca’s selection of stories and pin-ups as racist cliché. In fact the creators are parodying the comics and films of the 1970s aimed at African American audiences. It’s clever, and it’s well informed, delivering layered variations on both as a succession of strips, comic covers and faux movie posters, everything just as snippets, as if the interpretations of Afrodisiac by assorted creators. Apart from an occasional earlier form of comic cover, the 1970s remain the home territory, but it requires a versatility on Rugg’s part to turn his hand to the various house styles.

A better than average knowledge of comics history is apparent as the creators provide covers in the style of assorted publishers around in the 1970s, one as faked original art, and the Archie style strip opening the book isn’t that far removed from the genuine Fast Willie Jackson comics. It can be taken as an acknowledgement that at least they made an effort back in the day that Marvel is parodied the most, down to a credits page mimicking their letters pages of the time faithfully enough to include a Value Stamp. Their splash page typeset origin box is repeatedly used, each time providing a different hilarious variation of Afrodisiac’s origin.

The production is as carefully devised as the satire. From the wordless cover Afrodisiac has the look of a curated scrapbook into which comic strips have been pasted, along with selected covers and panels, the varying colour tones of the paper distinguishing age and original production quality. In keeping with this, Afrodisiac himself may always look sharp, at least by the standards of the early 1970s, but much will differ from strip to strip. Most frequent is his pimp identity, worshipped by his women, and feared and admired in equal quantity by others. It’s worth repeating here that Afrodisiac parodies pulp novels and films where the heroic pimp was, if not an archetype, certainly not uncommon. For all the sexist claptrap, let it be noted that Afrodisiac is a caring exploiter, prepared to battle Dracula for his women when his street sense tells him something’s wrong. At other times he’s an office cleaner.

Some readers will find Afrodisiac totally hilarious while others, even aware of the parody, won’t find it acceptable as it recycles what could now be seen as pernicious at worst, with the scale descending to patronising. 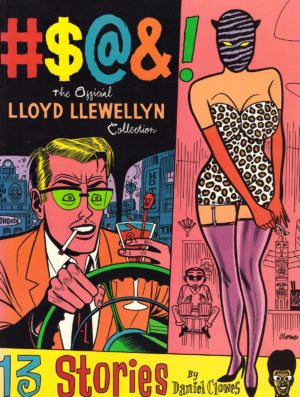