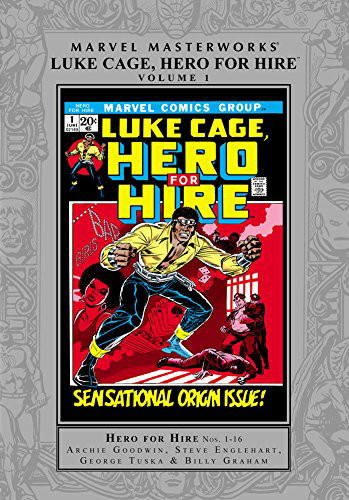 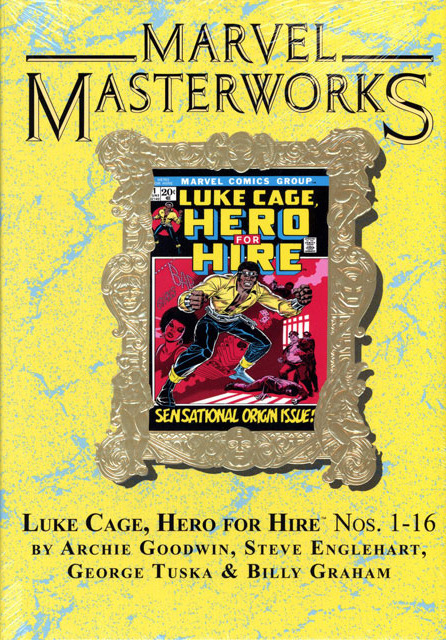 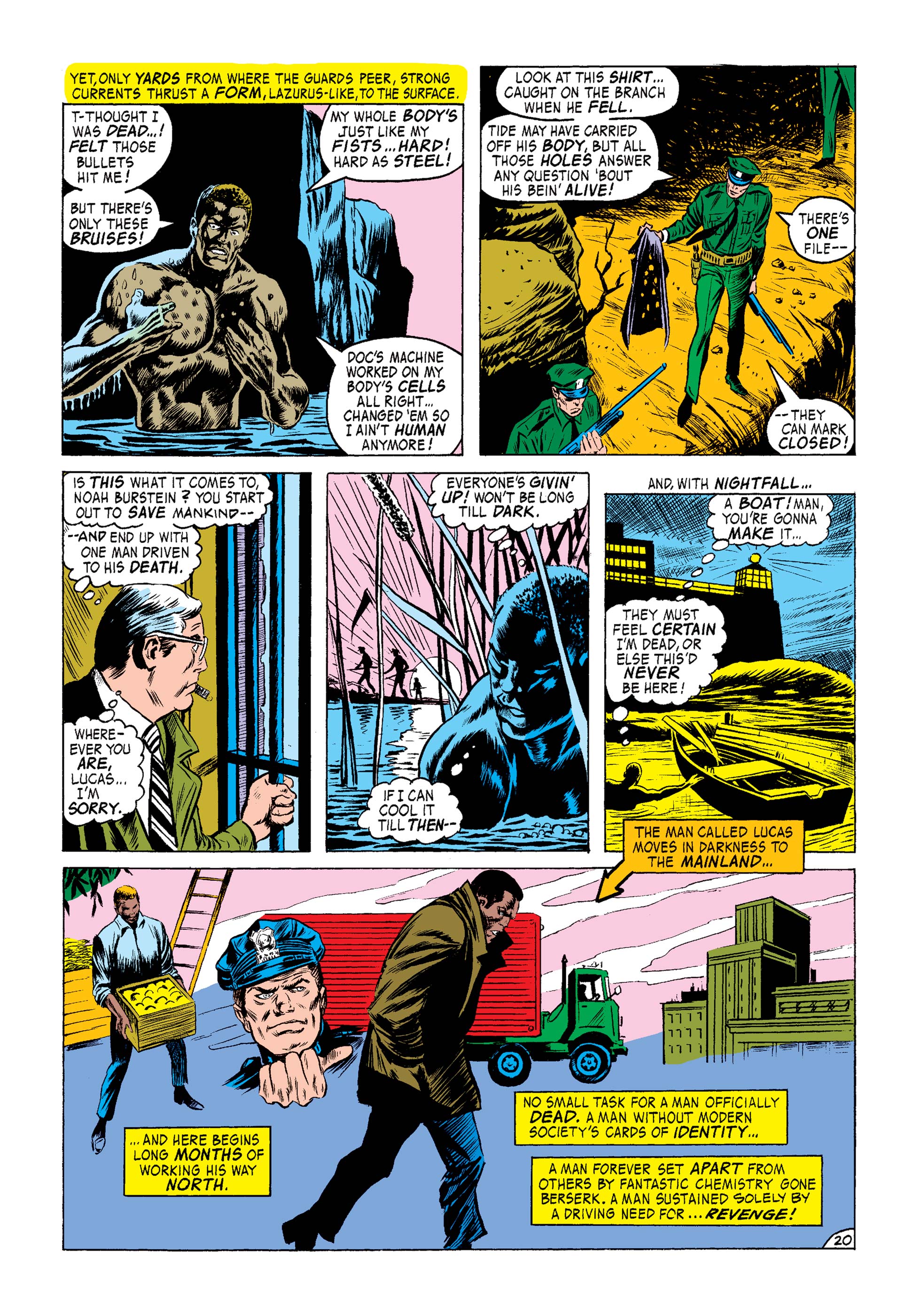 The opening issues of Luke Cage, Hero for Hire, have an appealing trashy quality that transcends much of the remaining material. A prisoner known as Lucas is targeted by corrupt guards. Secure in the knowledge that he was framed for the crimes that landed him in jail, although guilty of more than a few pettier transgressions, he refuses to be broken and spends as much time in solitary as in general population. His continued protestations of innocence have also prevented early release.

The arrival of a new warden sees his tormentors sacked or demoted, and Lucas selected for an experimental procedure intended to stimulate cell regeneration. Old grudges die hard, however, and what was intended as a brief chemical immersion is prolonged, leaving Lucas with steel hard skin that can withstand bullets, accompanying strength and the means of escape.

Now calling himself Luke Cage to reflect his recent past, he sets himself up as a genuine protector of businesses with the aim of cleaning up Harlem, but first there’s an old score to be settled with his one-time partner in crime.

To launch the series Archie Goodwin supplied viable blaxploitation style scripts, and for the first chapters at least, artist George Tuska plays along with strong layouts and a strong depiction of Luke Cage. He soon lost interest, however, and while not as technically accomplished, the chapters drawn by Billy Graham have far more definition and life to them.

After four episodes Goodwin left Luke Cage in good form, with a solid foundation and viable supporting cast, and these stories are the collection’s highlight. Goodwin’s successor Steve Englehart had some good ideas, but this doesn’t read as his finest work, although he reveals in Marvel Comics: The Untold Story, that Tuska would omit the character sequences from his scripts, not wanting to draw them. Elesewhere these were always a strenght for Englehart. He made an effort to characterise Cage via his dialogue patterns, and with the saltier language of his film influences unable to filter into Marvel Comics, Englehart is inventive and creates a fine rhythm. Unfortunately, it’s all undermined by the lack of effort Tuska puts into the art.

The intentions behind Luke Cage were good, and despite the average nature of much of the material here, these 1972 stories did provide a legacy character. The entirety of this collection and much of Volume Two is also available in black and white in the first volume of Essential Luke Cage, Power Man. Alternatively everything from both Masterworks is found in the paperback Epic Collection, Luke Cage: Retribution. 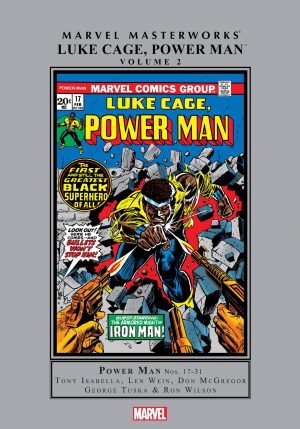