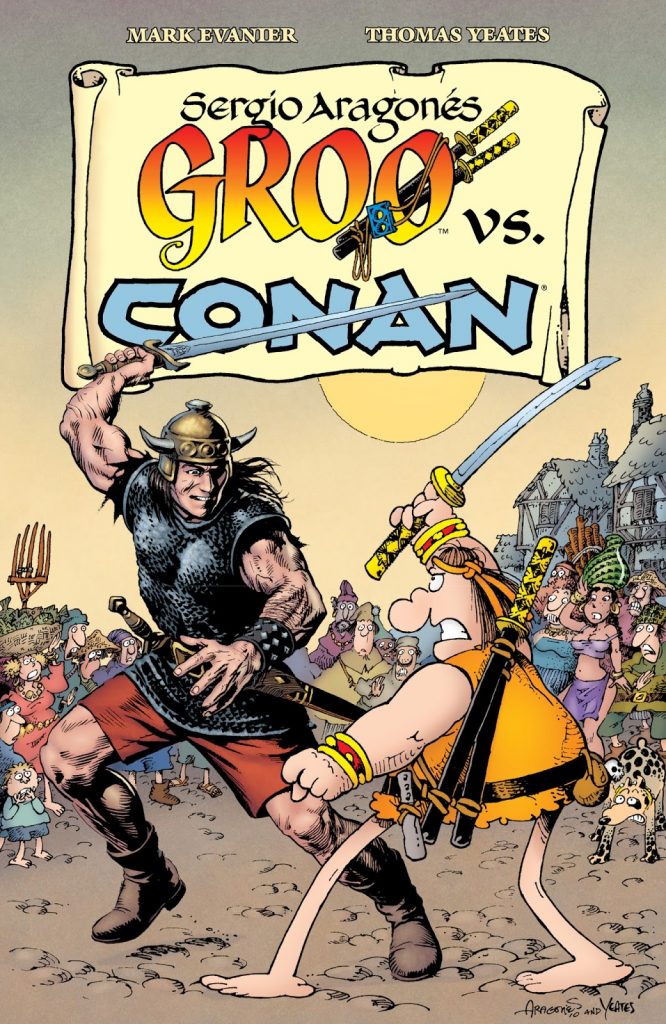 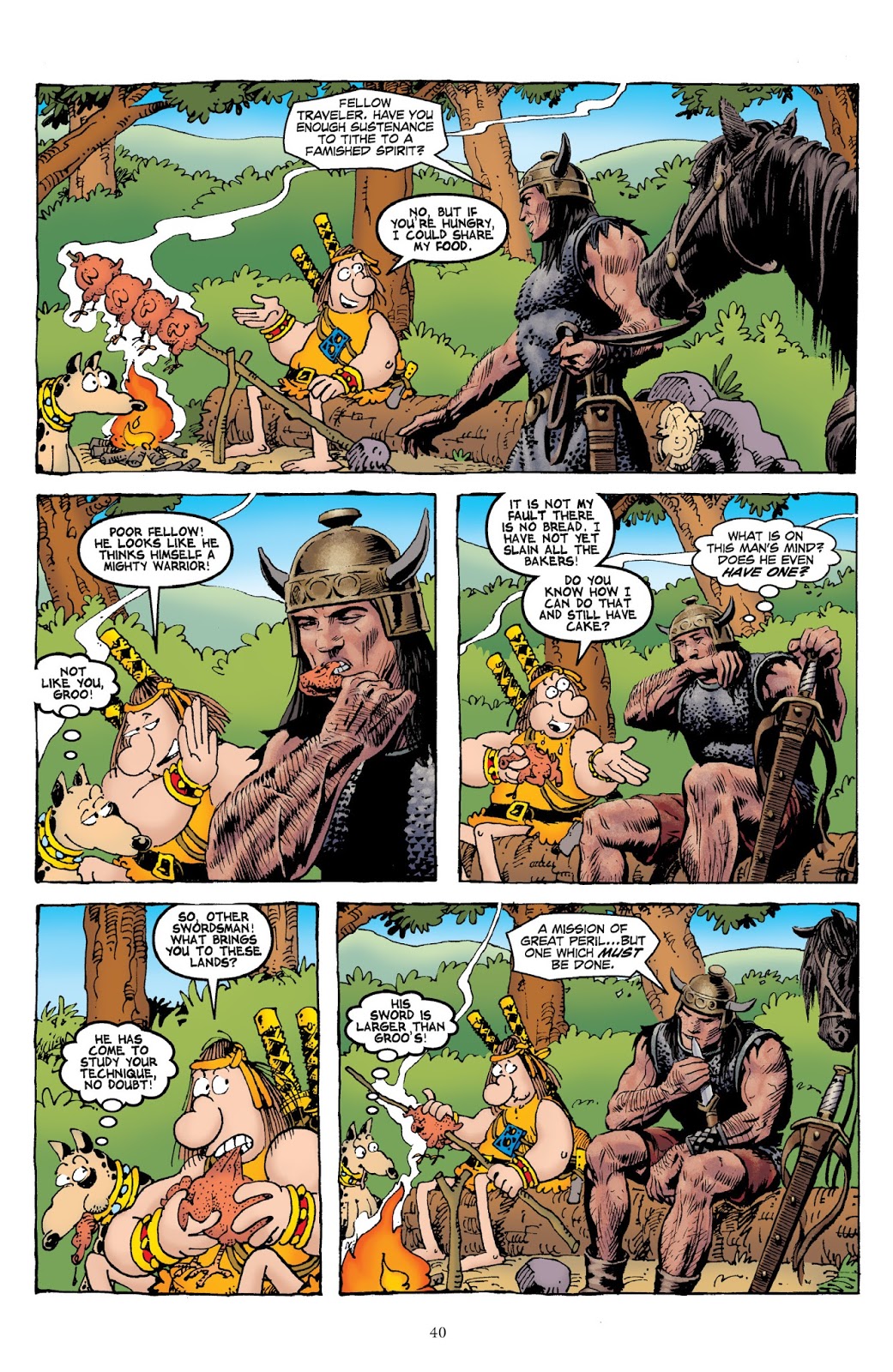 Although never a direct parody, Groo’s satire most resembles the exploits of Conan the Barbarian, wandering a world where he encounters sorcerers, monarchs and their armies, and fantastic beasts. That world, Cimmeria, is a mythical fantasy land pandering to the desire of being a hero, slaying the beast and rescuing the fawningly appreciative woman along with looting the treasure hoard. In story at least, the one thing Conan isn’t, is funny, which makes teaming him with Groo while maintaining the integrity of his character very difficult.

The way Sergio Aragonés and Mark Evanier work around that is by making that meeting only a very small part of the proceedings. As they did in their Star Wars parody, they write themselves into the story, attempting to retain a modicum of dignity for Conan by having his appearance a delusional fantasy on the part of Aragonés after a knock on the head. The central real world plot, or as real world as it gets with Aragonés, is the local comic shop being forced to close down due to the machinations of a shady lawyer representing a real estate developer. After his knock on the head he begins to believe he is Conan, and we see the reality of his situation in the real world and what plays out in his delusional ramblings.

What might have been awkward mixture of Groo’s detailed cartoon world and Conan’s realistic rendering actually works extremely well, with Thomas Yeates keeping Conan authentic in panels otherwise drawn by Aragonés. He retains a nobility and a grandeur. Aragonés, it should go without saying, produces his usual busy, detail-packed cartooning excellence.

Confusion is at the heart of most Groo stories, and that works even better than usual as assorted people relate what they claim happened when Groo and Conan met, while in the ‘real’ world events continue to feed the fantasies. In the more serious moments Evanier writes an appealingly puzzled Conan, who in his own way has needs as simple as Groo.

Groo Vs. Conan is clever and funny, but not quite as funny as Groo going about his business without any sight of Conan. Conan fans may have equal and opposite views.