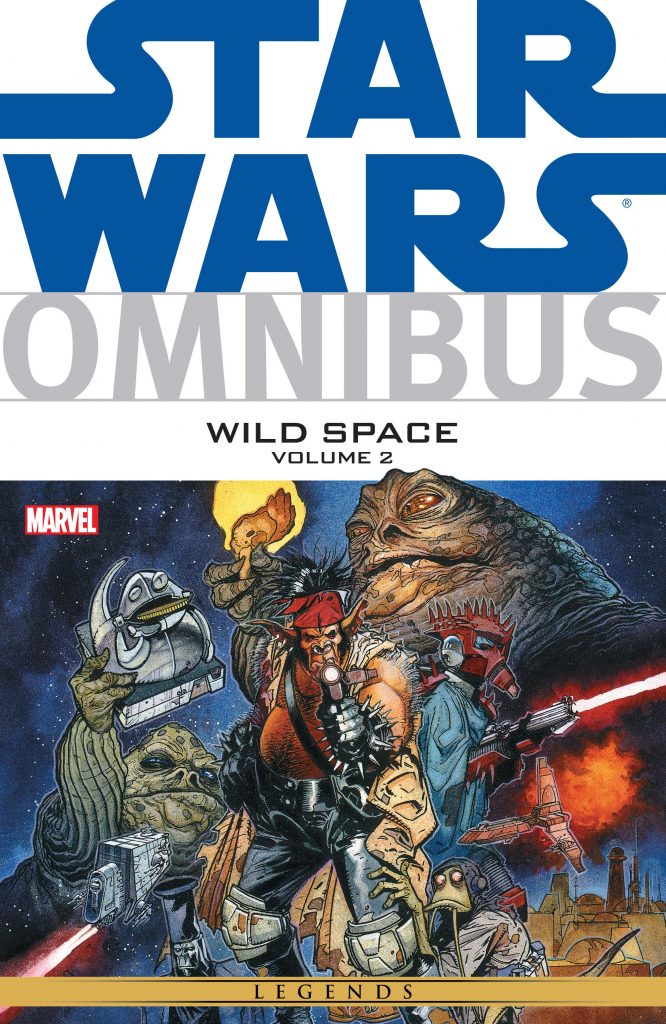 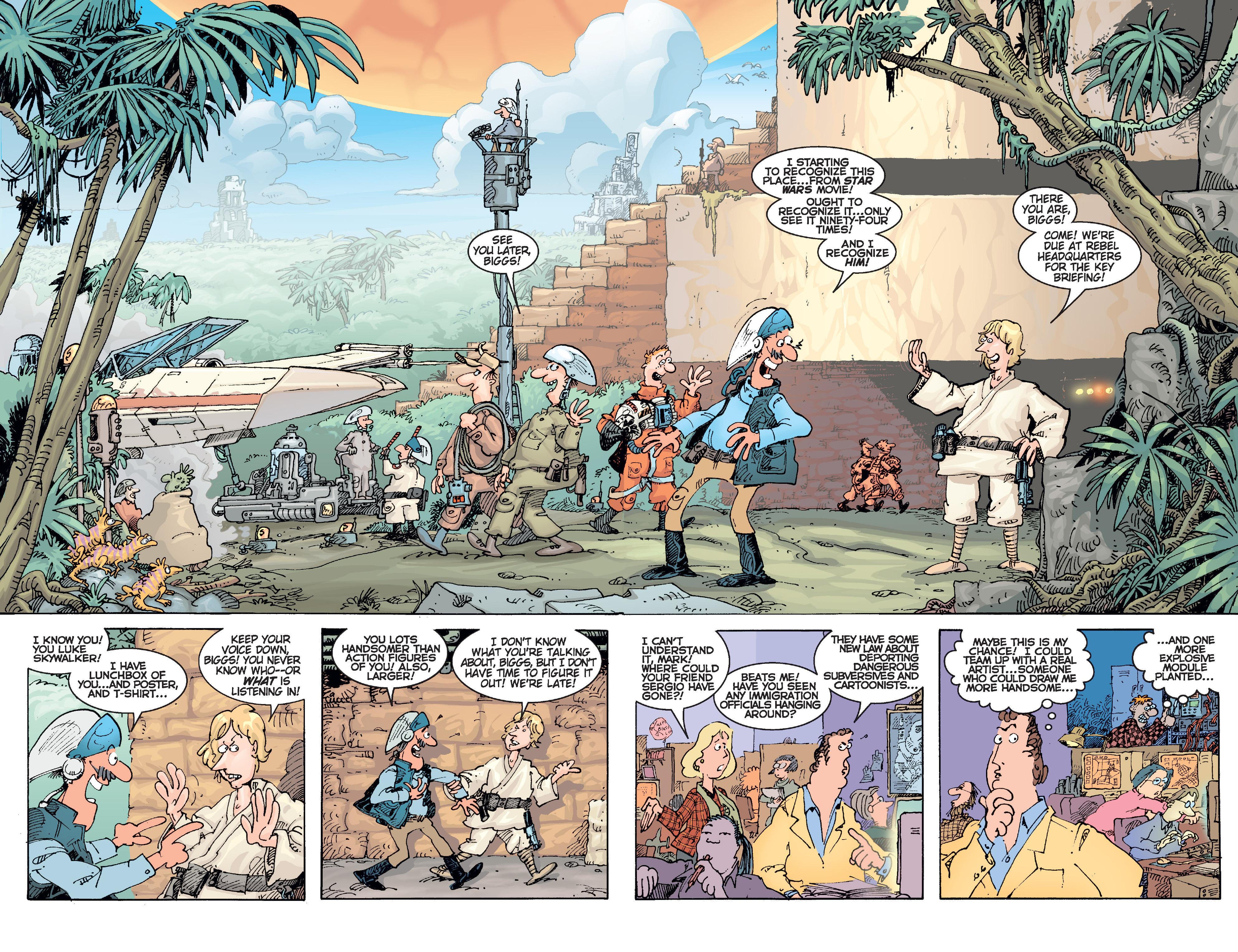 This second Wild Space collection isn’t quite the rarities round-up that the first was, but it’s a far better read. This time the bulky gathering has a very individual flair to it, concentrating on the comedy potential of the Star Wars universe.

That’s not apparent from the opening content, which offered the concept artists who worked on Revenge of the Sith an opportunity to produce brief comic stories. The result is a vastly differing clash of styles, and while there’s no doubting the quality of the art, many of those involved would have been better off seeking the services of a writer to collaborate with. A more detailed review can be found under Star Wars Visionaries.

Three characters feature more than most. Criminal overlord Jabba the Hutt stars in a series of well plotted comedies by Jim Woodring of Jabba’s life repeatedly under threat, but other episodes have never been previously available other than as individual comics. Jabba’s also seen in the adventures of Tag and Bink. They’re specifically created by Kevin Rubio as idiots to be inserted in pivotal scenes from the Star Wars movies. It’s clever, funny and entertaining, and was previously published as Tag and Bink Were Here.

A similar continuity insert is constructed by Ryder Windham and Ken Steacey for a tale of Jabba betting against another Hutt on the outcome of the podrace on Tatooine as seen in The Phantom Menace. Originally an online strip, it’s very funny, satirising sports trash talk as the assorted competitors diss each other, and Steacey’s selection of aliens is noteworthy. The spectacular art of Allen Nunis graces another Windham plot, this time about how Jabba acquires an ally. ‘The Jabba Tape’ by John Wagner and Killian Plunkett can also be found in the first New Republic Epic Collection, and is a decent romp about Jabba’s legacy.

Mel Rubi’s art for ‘Scoundrel’s Wages’ stands out for all the wrong reasons, featuring odd viewpoints, unwelcome exaggeration and none of the background details other artists in the collection have taken the time to include. It’s unfortunate because Mark Schulz’s plot about Lando Calrissian being the unwilling prey for others to hunt twists wonderfully.

The book closes with the inimitable Sergio Aragonés (sample art) being transported into the Star Wars films. As satires go, it’s far from obvious and he and collaborator Mark Evanier get some mileage from a tour of the Lucasfilm Studio gone wrong.

On balance the good far outweighs the bad in this collection, and the price has dropped well below that being asked for the individual Jabba the Hutt and Tag and Bink collections, so any Star Wars fan with a sense of humour should find this collection great value.