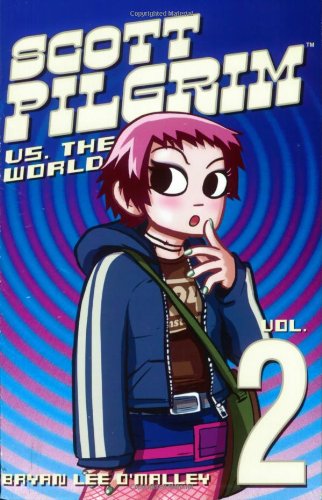 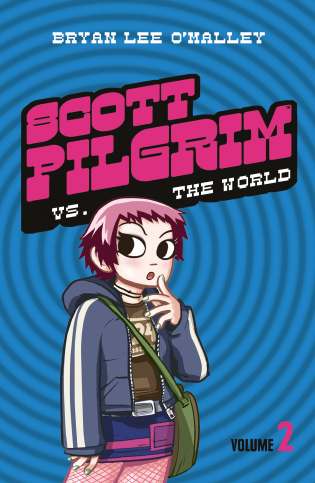 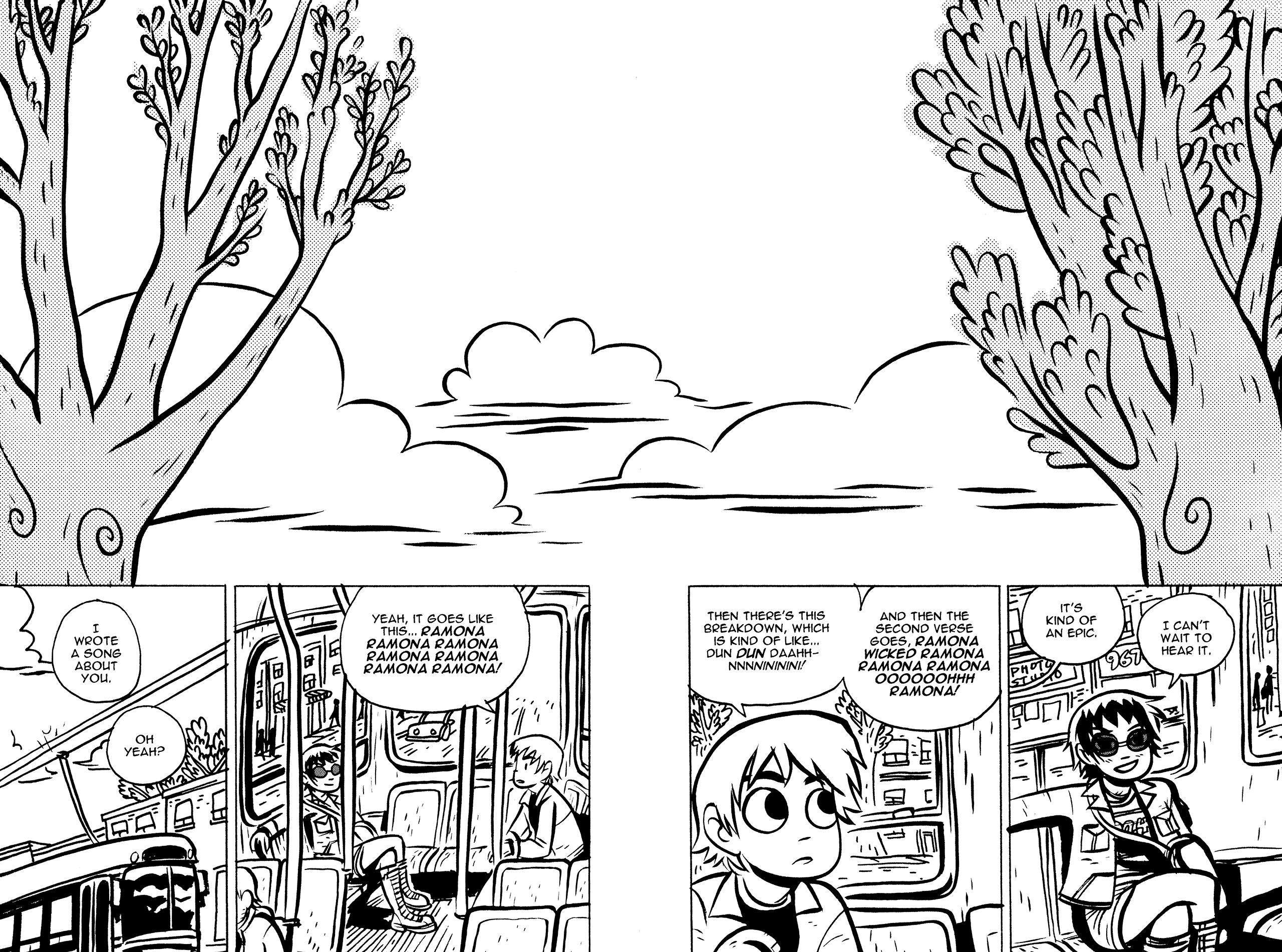 As seen in Scott Pilgrim’s Precious Little Life, Pilgrim is a clueless 23-year-old slacker with no job. He plays bass badly in a barely competent garage band along with his friends, guitarist Stephen Stills and drummer Kim Pine, who he dated in high school. He is content to do almost nothing with his life until he meets Ramona Flowers, the roller-blading delivery girl of his dreams. But in order to be with her, he must defeat her seven evil ex-boyfriends in single combat. And he should probably break up with the 17-year-old high school girl he’s kind-of-dating named Knives Chau.

Scott has defeated the first of Ramona’s exes and begun a relationship with her, which makes for a very awkward break-up with Knives who doesn’t take it well, to say the least. Bryan Lee O’Malley’s funny dialogue and twisty-turny plotting captures the self-absorption, obsessions and engaging weirdness of the almost-adults who aspire to nothing more than a McJob that will earn them enough for new games, clothes, gigs and drinks. His drawing is simple but dynamic and charming, with lots of references to Japanese shonen fight comics and 8-bit video games filtered through his Canadian slacker aesthetic.

The second of Ramona’s evil exes to challenge Scott Pilgrim is Lucas Lee, former skateboard superstar turned big indie moviestar, almost too cool to bother with Scott. Almost. As if one famous person arriving on the scene wasn’t enough, Scott also has to deal with his ex-girlfriend and former bandmate Envy Adams, who is now a hugely successful frontwoman with her band, The Clash at Demonhead. This is all interspersed with scenes of hanging out, eating meals, going to the library, band practice and random deep conversations as the cast get on with their odd lives while complications just keep piling up and the half-baked, utterly random Scott somehow gets through them, with very amusing results. It’s fun stuff and very moreish. This second volume is 40 pages longer than the first one, but it’s over just as quickly and you’ll find the next volume can’t come soon enough.

In 2012, Scott Pilgrim vs. the World was given a deluxe upgrade and reissued in a new hardback edition, larger in size and in full colour throughout. The new colour hardcover also includes 22 pages of extra material featuring O’Malley’s original sketches and designs for the series, and an 8-page strip called ‘Monica Beetle’. Readers new to this series may find it more appealing than the original black and white softcover version, and the series continues with Scott Pilgrim & the Infinite Sadness.