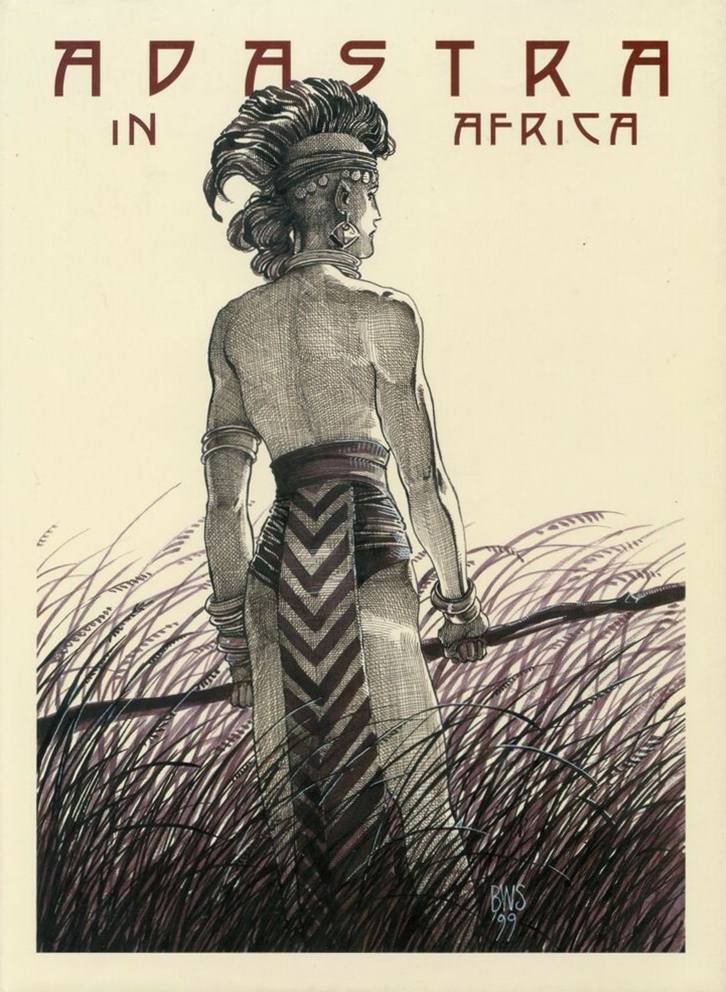 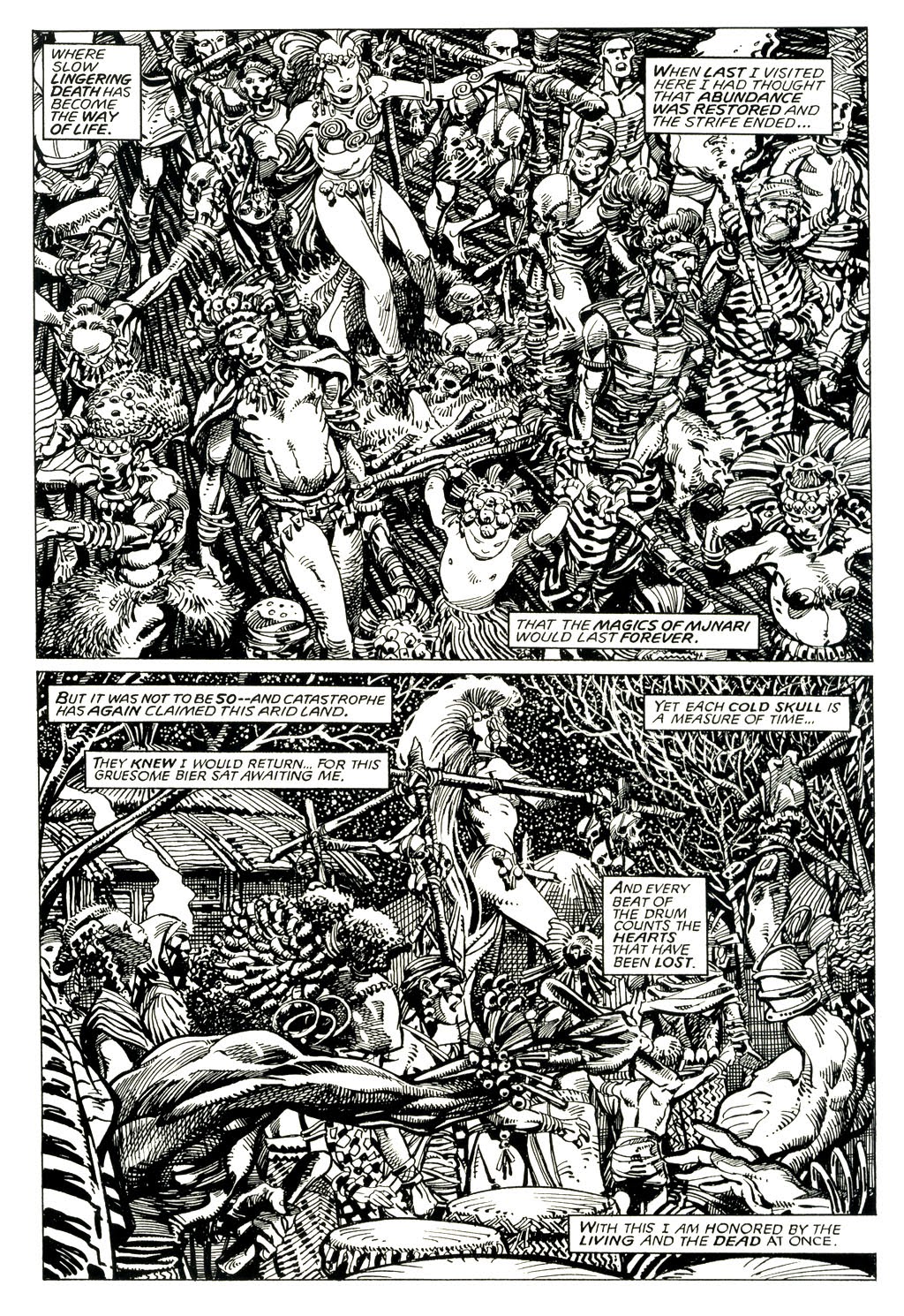 Adastra in Africa has a complicated origin, alluded to in a comical interview with Adastra in the back pages. Originally prepared as an X-Men story in the mid-1980s, continuing Barry Windsor-Smith’s occasional series contributions (collected as X-Men: Lifedeath), Marvel rejected the pages after completion, considering they promoted suicide. We’ll get to that.

If continuity is an issue, forcing Storm’s austere and reflective personality onto the free thinking and provocative Adastra from Windsor-Smith’s Young Gods rings false. As a standalone project, though, that’s irrelevant. She arrives in an area of Africa that she’d previously brought to life only to discover that drought again prevails. Her earlier salvation sees her worshipped in the area, and she’s again able to bring rain, increasing her adulation, but knows the resulting verdant landscape is not her doing but a gift from the long dead tribal shaman. From this Windsor-Smith extrapolates the view that Western solutions aren’t applicable to all conditions and in order to sustain the land a return to old ways is necessary.

The suicide is problematical. It’s a tragic expression of belief and faith, and to suggest it promotes suicide is to misunderstand the purpose, referred to by Windsor-Smith in his text as sacrifice for the greater good. However, the fact remains that in an already bleak narrative it was Windsor-Smith’s chosen method of sustaining the future. It’s a complicated and controversial theme well beyond the content of the standard Marvel comic, and crucially, no matter what’s claimed in the text, it is open to interpretation. What’s clear to a creator isn’t necessarily obvious to an entire audience.

Where there’s no discussion is about the quality of the art. Had this been presented as a 1980s Marvel comic what we’d have for posterity would be a shrunken, smudged and possibly unsympathetically coloured representation of the art. A shoddy postcard of the Mona Lisa. Fantagraphics supply black ink on slightly creamed paper, every delicate line seemingly as originally laid down on the paper, every page a Sistine Chapel ceiling to study for its elegance and beauty, yet each also serving the story. When it comes to discussing the finest artwork in Windsor-Smith’s glittering career, this is a contender.

Despite that, for all the meaning it has for its creator, Adastra in Africa as a complete story falls short. It’s deliberately slow, the meaning in discussion and spirituality in preference to action, a story to admire, but too desolate to connect universally.