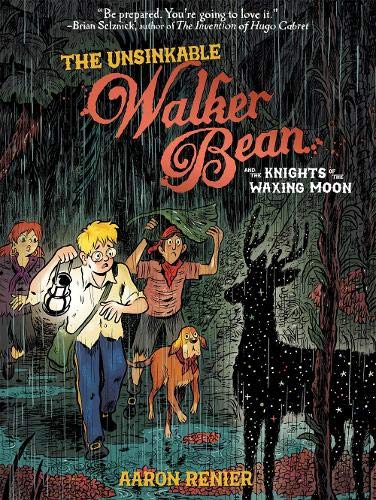 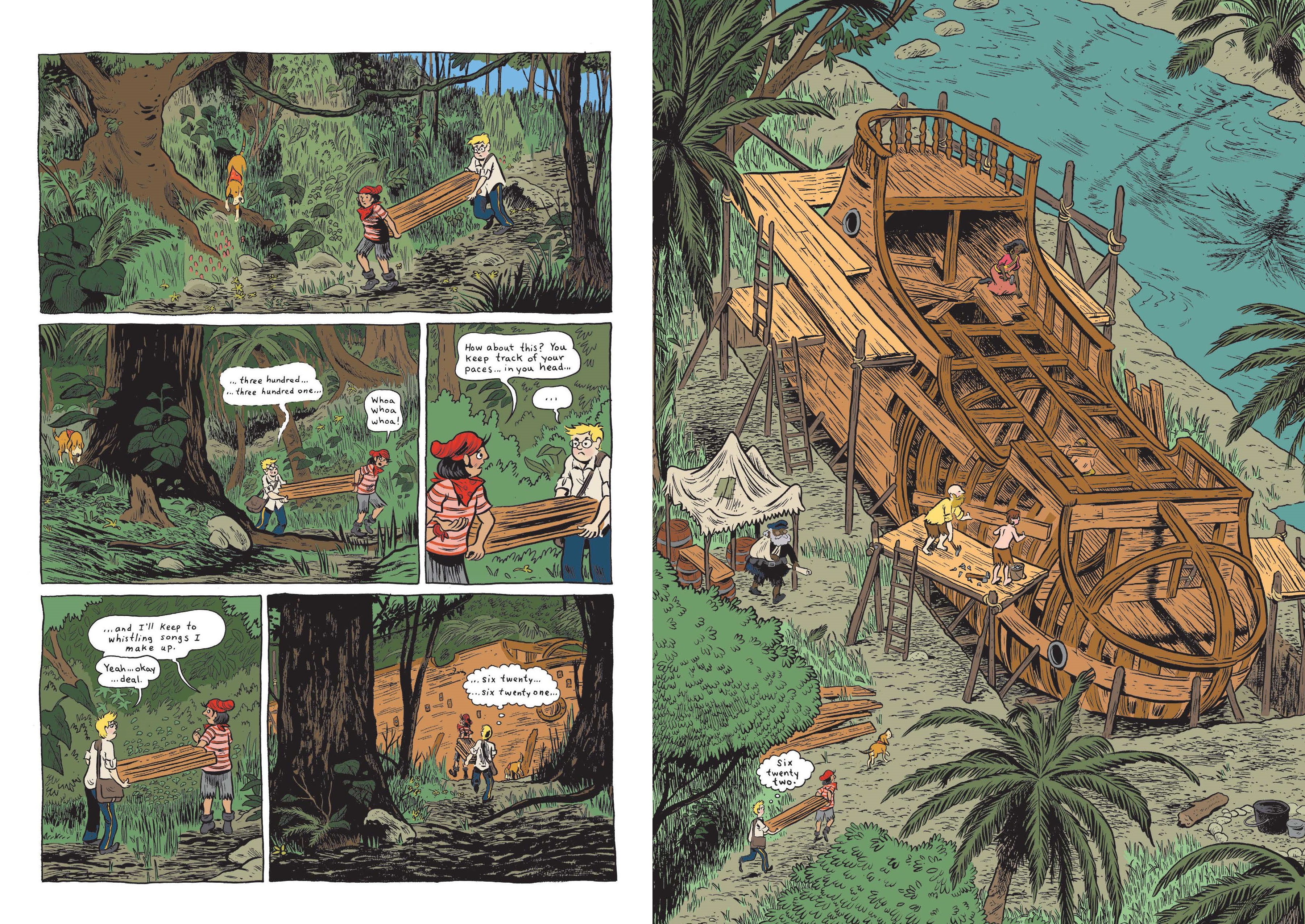 Walker Bean and the friends he’s made, Gen and Shiv, are stranded on a South Seas island with a bunch of pirates on whose ship he stowed away. He left on a mission to return a cursed skull that was gradually killing his grandfather, and found adventure beyond his wildest dreams. That was the first volume. Now he and his friends have to figure out the mysteries of the island on which they’re trapped, and find a way home to deal with Walker’s slimy father.

This may be aimed at a young adult market, but there’s a complexity, intelligence and density about it. Dots have to be joined and the art followed as well as the dialogue, and anyone who hasn’t read the first volume is going to be lost from the start, as there’s almost nothing in the way of recaps. Stories, songs and doggerel from that first volume and early here turn out to be warnings of things that can be taken very literally, of doppelgangers, mystical ancient creatures and revenge long planned.

As in earlier work, Aaron Renier’s illustration is marvellous, creating sympathetic and individual characters, and such gloriously detailed vistas they’ll drag you away from the story while you stop to explore them. The effort put in to engage and supply a sense of wonder is immense, far above and beyond the call of duty, and the imagination of the character designs and locations cement a wonderful graphic novel.

For half the 20th century, in English language comics at least, the market for children’s graphic novels was untapped beyond Tintin and Asterix. It wasn’t until the 1990s that a few others could be added to that list. In comparison, the 21st century has been a golden era, yet even among the quality available it’s difficult to find a creator to match Renier. This is only his third graphic novel, a continuation of his second, but his is a unique creative mind, producing such a density to his stories, and such an obvious appeal to the imagination that his work is already something other creators working in the same area should aspire to. In addition to eccentric characters, strange creatures, exotic settings and a thematic richness, Renier includes maps, puzzles to figure out, diagrams, stories within stories, and such a page turning, engaging plot that 280 pages just whiz by. That’s around a third longer than the first volume, published eight years earlier. There’s been one hell of a creative commitment to Knights of the Waxing Moon and it’s paid off.