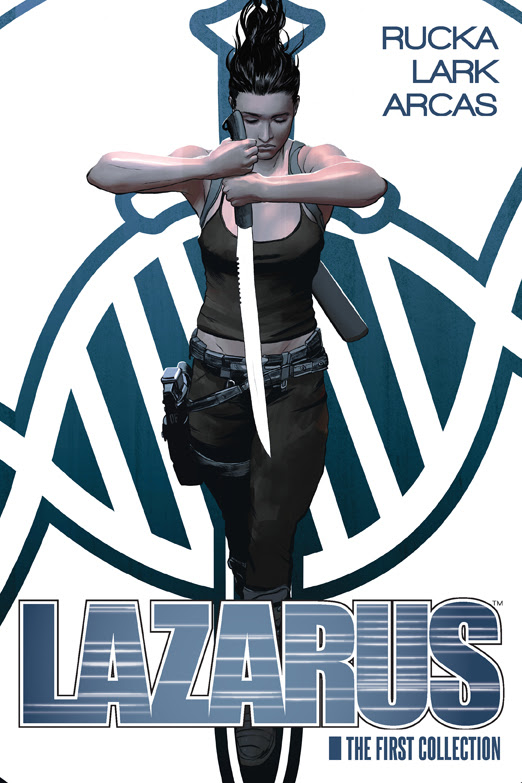 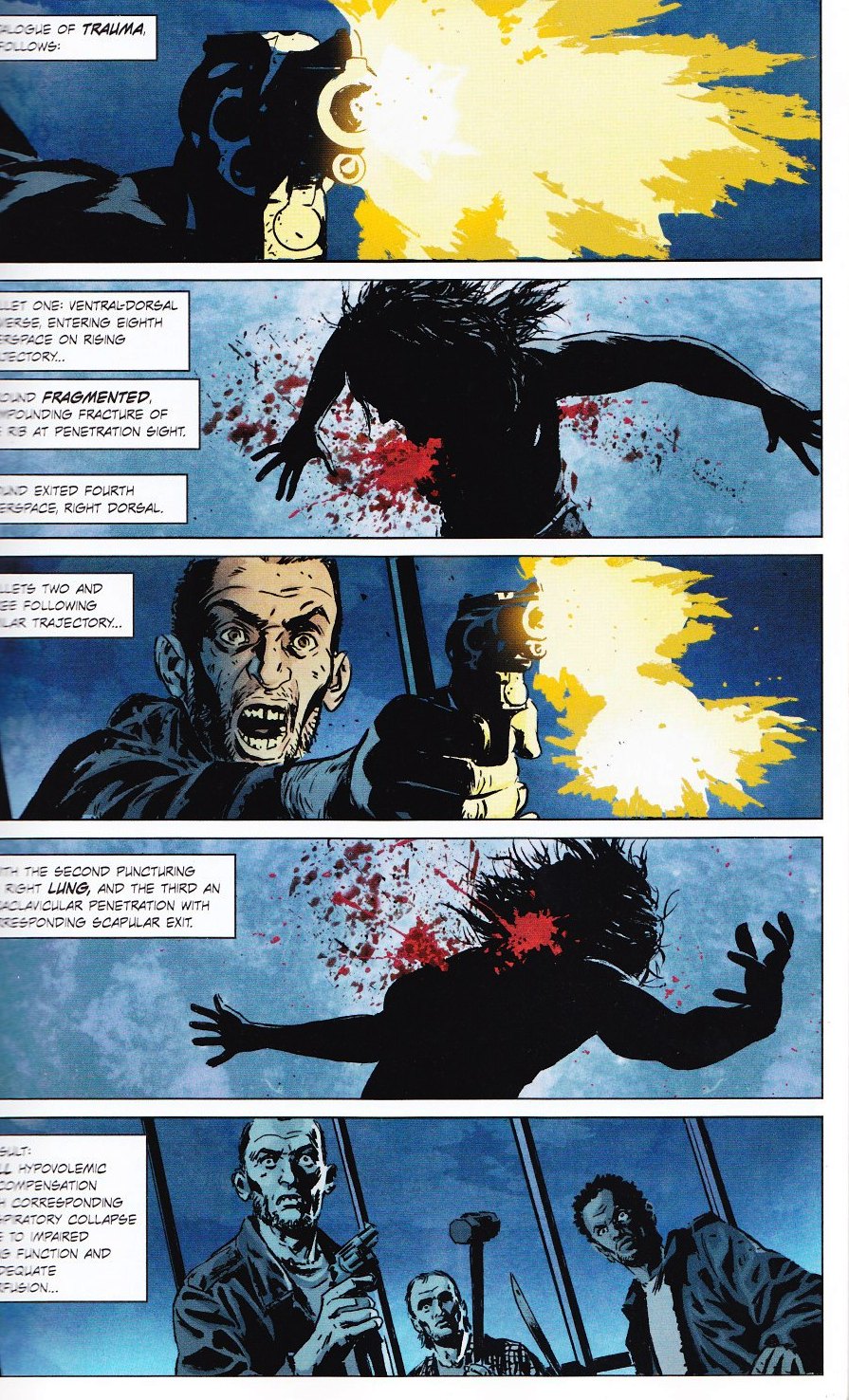 If you haven’t read Lazarus, there are a number of reasons you should including fabulous artwork from Michael Lark, awesome colouring from Santi Arcas and Greg Rucka’s gripping plot. They combine perfectly in this dystopian science fiction drama eerily relevant in the 21st century political climate.

In the not too distant future the political and geographical boundaries that divide the world will be abandoned; it’s  now carved up amongst the sixteen wealthiest families who rule in a medieval caste system. The few fortunate enough to provide a service for the Family are cared for as Serfs, everyone else is considered Waste, serving some purpose but with no rights of citizenship or equality. As a protective measure against their enemies, one person in each Family is given the best that Family can offer: training, technology, assets and every scientific advantage, named the family’s protector, their sword and shield, their Lazarus. In the Family Carlyle she is Forever Carlyle, a deadly guardian of the family’s interests and virtually unstoppable thanks to biological advances that can resurrect her should she fall in combat. The youngest of Carlyle patriarch Malcolm’s five children, Forever is efficient and lethal in enforcing the will of the Family, but discovers that all is not what it seems. The Family keep secrets about her origins, which leads her on a path of dangerous self-discovery.

Lazarus: The First Collection contains the first two volumes of the saga in hardcover. In Family we are introduced to Forever, the Family Carlyle, plus their rivals and tenuous allies the Morray Family. When a suspected attack by the latter results in the execution of an innocent serf, it sets off a chain reaction that reveals a possible traitor in their midst and leaves Forever conflicted by the injustice she sees. This first part is an introduction to the world of Lazarus and its ruling systems while Lift introduces Joe and Bobbie Barret, their son Michael and daughter Leigh, famers In the Carlyle controlled wilderness of Montana and members of the Waste class. When their farm and livelihood is destroyed by floods, Joe and Bobbie decide to try for a better life for their children by trekking 500 miles across dangerous bandit occupied wilderness to Denver, Colorado to participate in the Lift accompanied by their neighbour, and Michael’s love interest, Casey Solomon. The Lift is a rigorous selection process where Waste can apply for service within the family and acceptance means upward mobility for all members of their own family. Little do they realise that even if they do survive the arduous journey to Denver, their dreams are still at threat from a dangerous liberation group targeting the Lift and known as The Free.

An engaging and thoughtful story, the interaction of Rucka’s characters has a real world gloss. Michael Lark’s settings are exquisitely detailed, ranging from the cool interiors of Family Carlyle’s technologically advanced compounds to the harsh and impoverished terrains the Waste class inhabits. His naturalistic character illustrations strengthen Rucka’s plot and dialogue. Initially Lift took a long time to gain momentum, but here those problems are limited, pleasantly adding fluidity to the world building and plot dynamics. Rucka and Lark acknowledge that hardcover collections are expensive so they have personally ensured that fans get their money’s worth with extra artwork by Lark and graphic designer Eric Trautmann and additional information on Lazarus’ world-building. 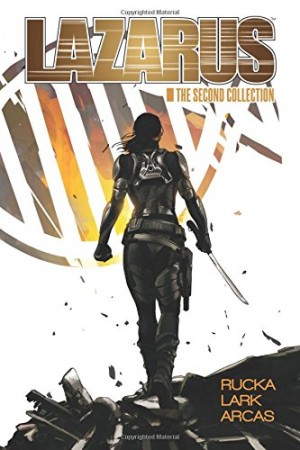