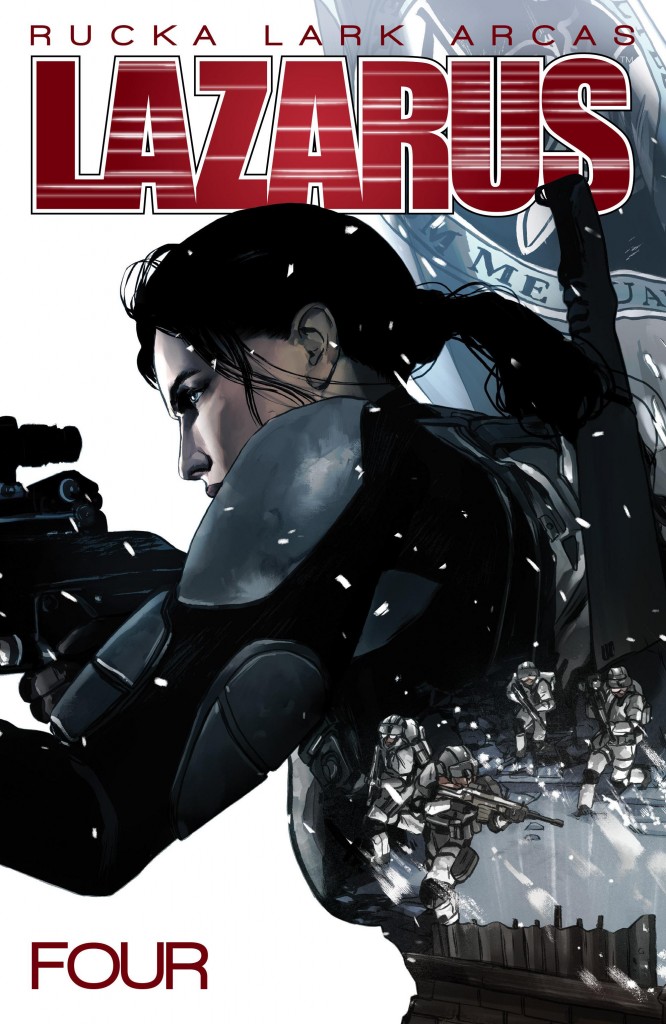 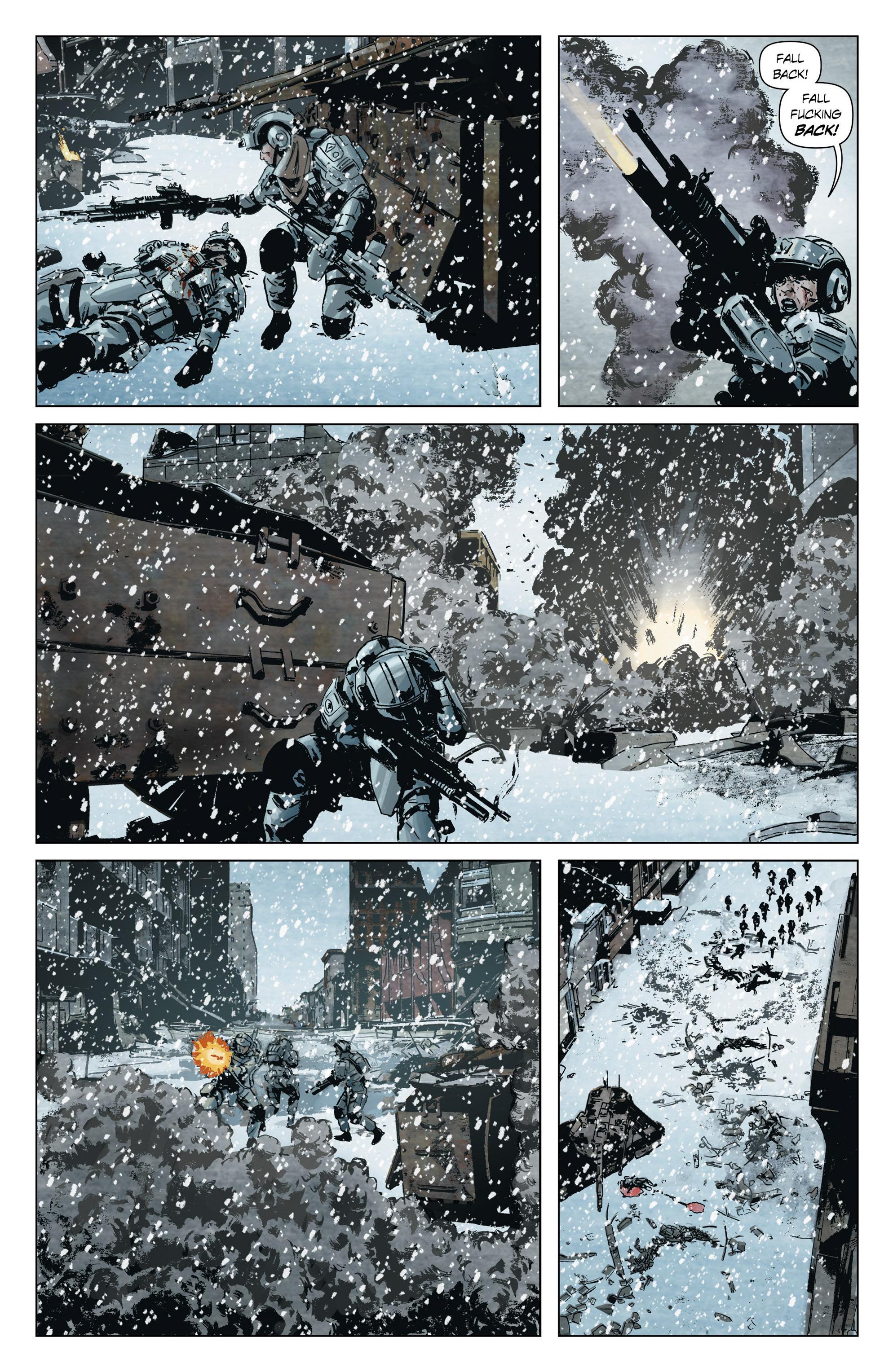 Conclave may have ended in success for Family Carlyle as it strengthened old alliances, forged new ones and embarrassed their enemies, but it was no victory as war with the Hock Coalition erupts. Alliances fray under the leadership of Stephan Carlyle, Malcolm’s eldest son, a brilliant peace-time administrator who toils under the strain of war. His younger sister Johanna is ambitious and ruthless, and older sister Bethany battles to find a cure for an illnes.  Commander Forever Carlyle, the Family’s Lazarus (a genetically enhanced warrior) is trying to keep enemy movements in check, uncover the secrets of her own origins and monitor Johanna.

Since the events of Lift, Michael Barrett and lover Casey Solomon have moved from Waste status (inhabitants of Carlyle land with no real rights or citizenship) in a steady progression through the Serf ranks (the ‘useful’ members of society). Casey is a soldier serving the Carlyles, her recent promotion to Lieutenant a mixed blessing: she has been assigned to accompany Forever on a do or die mission. Michael is studying medicine at Stanford University (a Carlyle training facility). The Winds of Fate blow fickle though, and there are new challenges at every turn. Failure means death for all.

In the wake of 2016’s controversial American Presidential elections, this dystopian science-fiction drama by creators Greg Rucka and Michael Lark is something of a foreboding prediction of Earth’s possible future, garnering extra attention for Lazarus. A society influenced and governed by only sixteen of the world’s wealthiest figures is rapidly becoming a disturbing possibility. Insert writer Rucka’s intriguing characters, fickle and emotional, against a dramatic well-paced plot and it’s just possible to consider Rucka a prophet who has foreseen humanity’s future. He lays the human psyche bare, displaying emotional beings led astray by their own blurred ideology and self-importance.  His writing engages the reader well:  You find yourself considering even the extremist ideas, inducing pangs of guilt that you may not be as nice as you think you are. Rucka poses the possibilities but is careful not to make them his own. Human hopes and failings are at the heart of Lazarus, the major reason for its success and so ably communicated by its creators.

Poison has all the grit and violence of a war epic, artist Lark constantly changing perspectives and angles to add a convincing sense of realism. Tracers fly overhead, explosions erupt nearby and enemy troops surround Casey and her squad. When Lark turns away from the chaos of battle the medical drama back in Carlyle HQ is just as riveting, settings well depicted. Desperation seeps from the pages as difficult decisions are made and risks are taken. Santi Arcas continues to works his colourist’s magic with hues that equally capture the savagery of battle or the tension of possible betrayal, especially in the jaw-dropping finale.

One quibble is that Poison is very much dependant on its earlier counterparts, the creators weaving in new elements to the world their story unfolds in so make sure you read Volumes 1-3 first. A television series is rumoured to be in early development with Volume Five: Cull bringing new depths to the saga. Poison is collected with previous book Conclave in the hardcover Lazarus: The Second Collection.