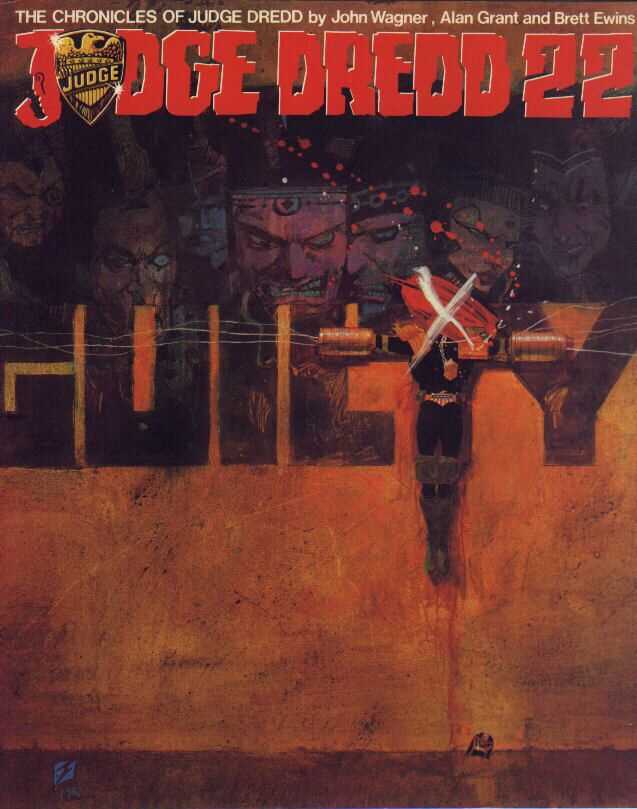 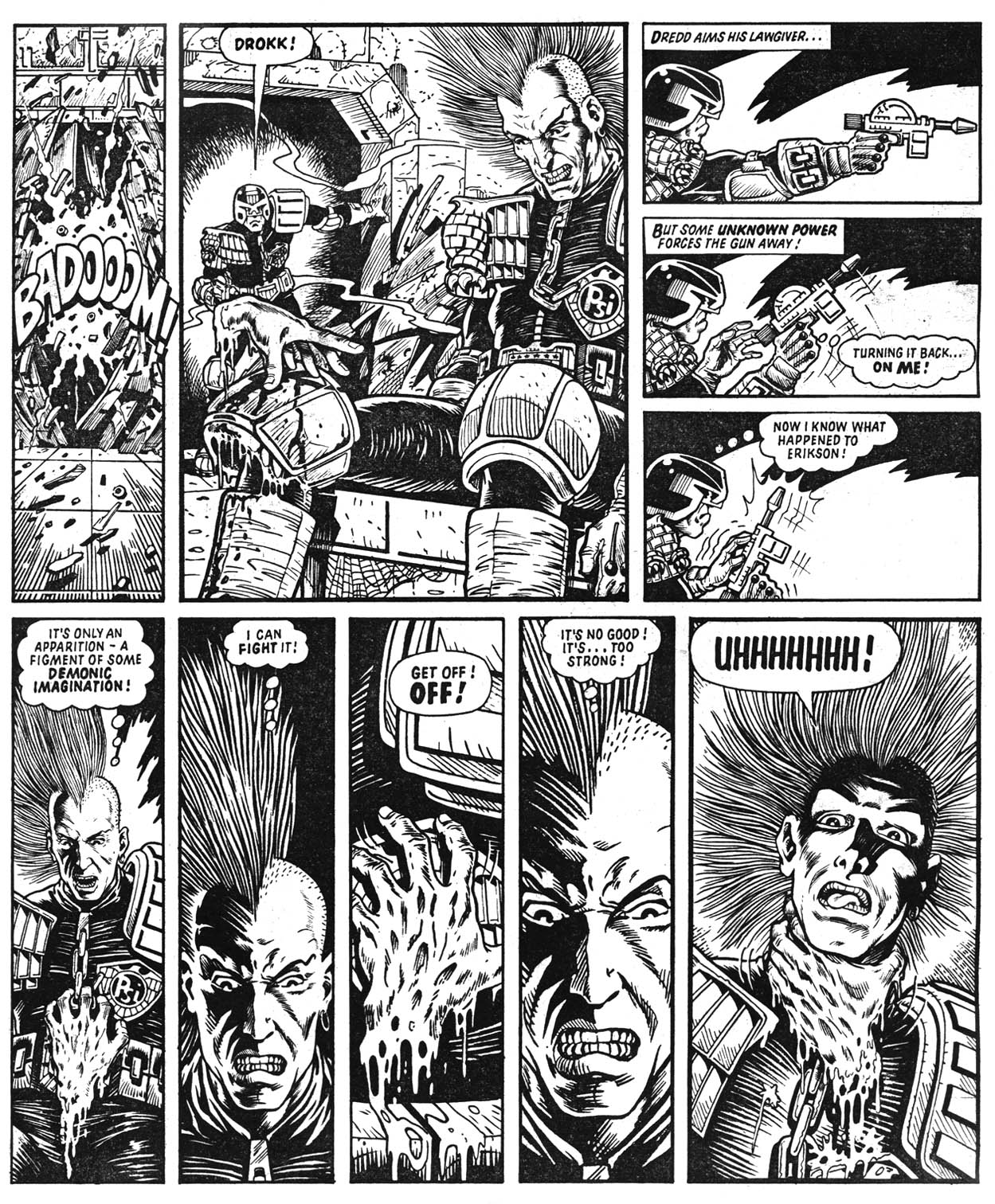 Brett Ewins would become better known drawing Judge Anderson’s solo adventures, but he was among the earliest new British artists tried out on Judge Dredd, drawing his first strip just into Dredd’s third year. The stories here are later work, however, almost all produced in 1984, and while his blocky style wasn’t universally popular, John Wagner and Alan Grant provide an opening story suited to his moody interpretation.

Judge Geller, a version of 2000AD’s then deputy editor, volunteers to stay in the room where a Sector House Chief committed suicide, unheard of for Judges, while Dredd monitors. A succession of spooky, inexplicable events occur in what was Dredd’s first ghost story. It’s a good idea, because while the Judges will happily shoot anything that moves, a threat that manifests as dozens of mouths emerging from the wall speaking in chorus is resistant to a gun. Whatever the creators had in their tea, the result is a series of memorably disturbing images drawn with relish by Ewins, and a neat crime drama.

The second story introduces an enduring idea from which Wagner and Grant would get much mileage, as would other later writers. The Wally Squad are undercover Judges used to infiltrate suspected subversive groups and for covert operations. Due to the necessity of maintaining cover they’re permitted to indulge in what would otherwise be viewed as illegal behaviour. It’s a nice idea, but that’s the lasting legacy, not the story, which pretty well goes everywhere the reader expects. That’s not down to Ewins, who fills in with some eccentric undercover Judges and doesn’t stint on the backgrounds.

A final story is an anomaly that wouldn’t fit neatly into any artist collection, published in 1987, so given the production schedules, it’s a relatively short turnaround for it to feature here a year later. ‘What if the Judges did Ads?’ is a Mad Magazine style feature in which Wagner and Grant parody assorted TV ads of the era. Ewins provides the opening spread, while Ian Gibson, Cam Kennedy, Kevin O’Neill, and Robin Smith supply a page apiece. O’Neill’s Judge Death page remains memorably disturbing, and Gibson’s launderette piece still raises a smile even if the ad parodied has been long forgotten, but the remainder now don’t make much sense.

As is seemingly the case with all these 1980s Titan reprints, it’s notable how the ideas just keep coming from Wagner and Grant at an astounding rate, even in less than sparkling stories. It’s one hell of a rich legacy. If preferred, ‘The Haunting of Sector House 9’ is found in Judge Dredd: The Complete Case Files 07, while the Wally Squad feature in 08.