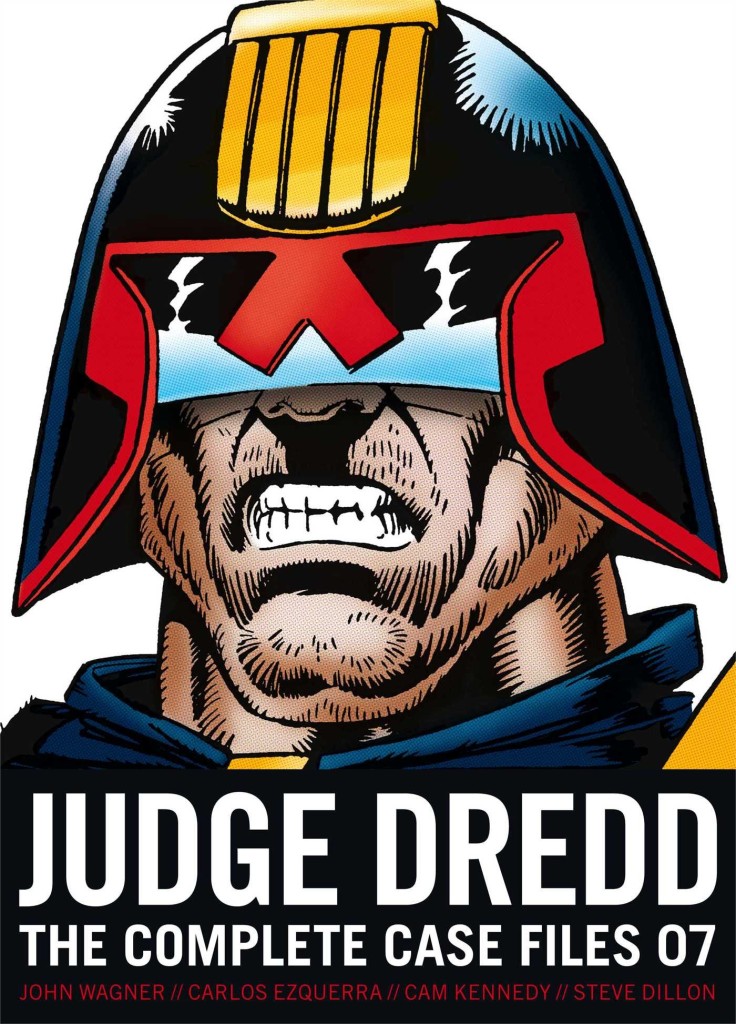 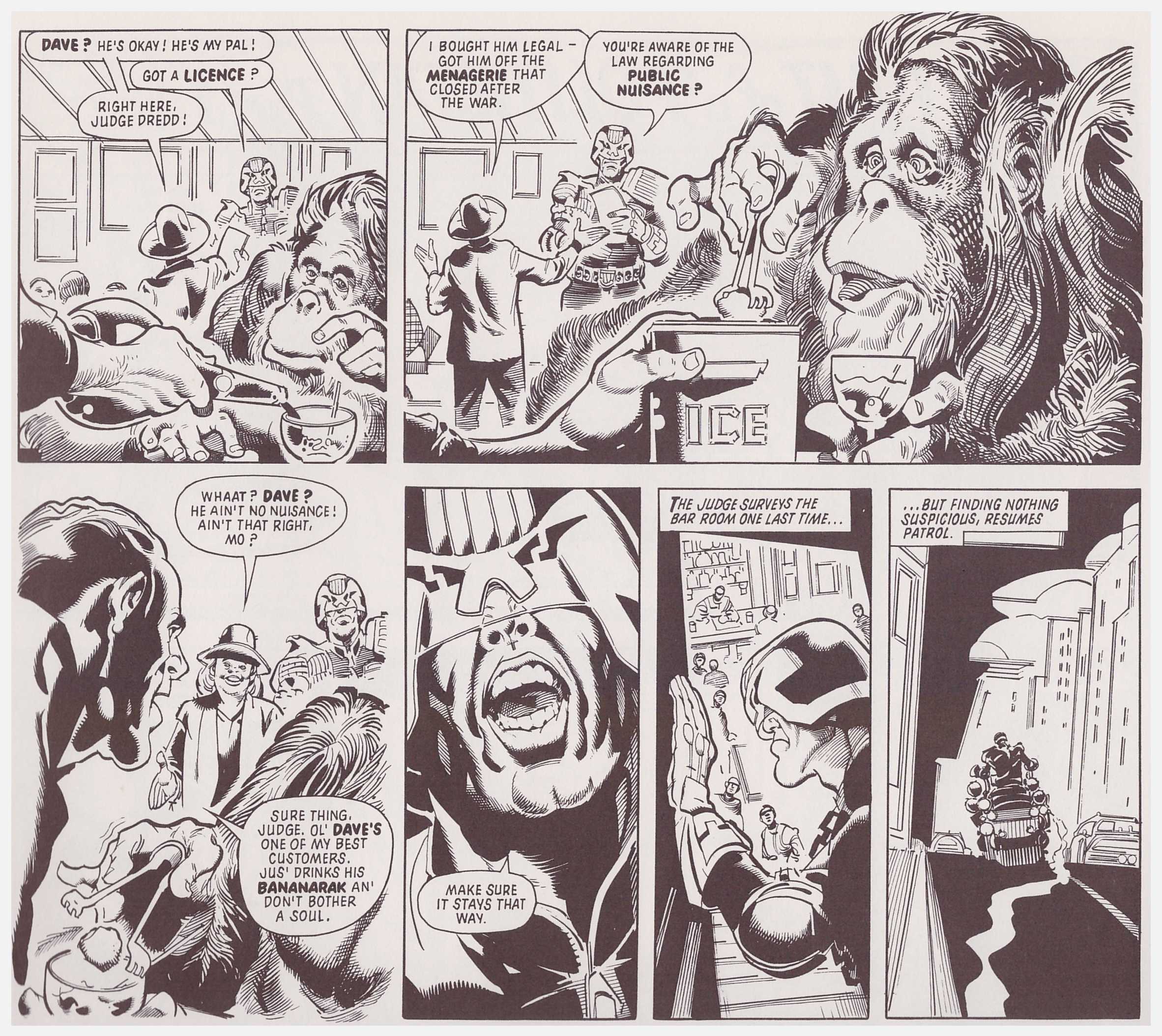 With the exception of Case Files 2, which packaged two epic serials, no other volume to date has presented as few one-off Dredd tales, with a mere five scattered throughout the book. Longer stories are the order of the day here, and the extended gem of this collection is the seven part ‘Graveyard Shift’, detailing the intensity of an average night for the judges in the Mega-City One. It’s bulging with ideas, many dismissed in passing, gives a context to events that have occupied entire stories previously and never slackens the pace from start to finish.

Ron Smith is the artist, and he’s responsible for most of the better stories to be found here. ‘Citizen Snork’ follows the man with the biggest nose in Mega-City One, ‘Portrait of a Politician’ sees Dave the Orang Utan stand for Mayor, and ‘Bob & Carol & Ted & Ringo’ is a clever story about cloned dinosaurs on display. It skillfully avoids playing to preconceptions, and Smith’s adroit art prevents that and Dave’s story slipping into farce. Those wanting Smith’s stories on better quality paper are guided to volumes 8, 10 and 11 of Titan’s Chronicles of Judge Dredd.

The remainder of the book is mixed. On the negative side there’s a run of stories by Kim Raymond, an artist of whom Alan Grant is on record as naming the worst ever to draw Dredd. He was ill-suited, with messy layouts, few backgrounds, extraneous lines all over the pages and an inability to convey Dredd’s comic aspects in subtle fashion. Brett Ewins is another divisive artist, and his blocky static work doesn’t compare well with others on display, although it doesn’t help that ‘The Haunting of Sector House 9’ is extended beyond its plot. So is the Steve Dillon drawn ‘Cry of the Werewolf’. The effort Ian Gibson expends on ‘Rumble in the Jungle’ greatly elevates an ordinary story, and in passing he designs the Manta Tank, a frequently seen piece of judge ordinance.

The best story not drawn by Smith is ‘Requiem For A Heavyweight’, the sole Carlos Ezquerra contribution. It starts with a fatty overdosing due to consuming his bed, and spirals into mayhem. Writers John Wagner and Alan Grant’s fatty stories are all gleeful monuments to excess, here raised by the inclusion of Charley Bruno, their single minded version of an American football coach. They’d earlier delivered a similar character in Robo-Hunter, but it was a parody worth repeating. It’s packed with funny moments: the fatties being housed in Frank Cannon block, perhaps a joke that’s dated now, the charge of the heavy brigade, Arnold Stodgeman having to eat his way into a room and the elements of heavyweight eating contest. It’s reprinted in the 7th volume of Titan’s Dredd collections.

As a nod to the future this volume hosts Cam Kennedy’s first Dredd story ‘The Suspect’, a clever and claustrophobic tale of interrogation, and there’s a rare Jim Baikie turn.