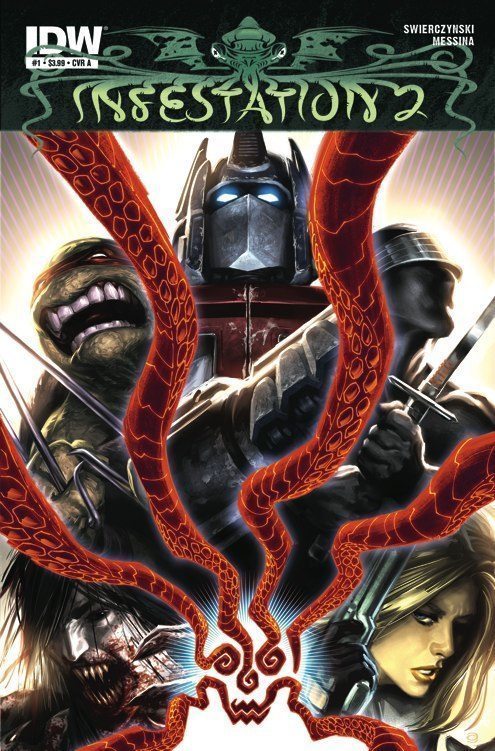 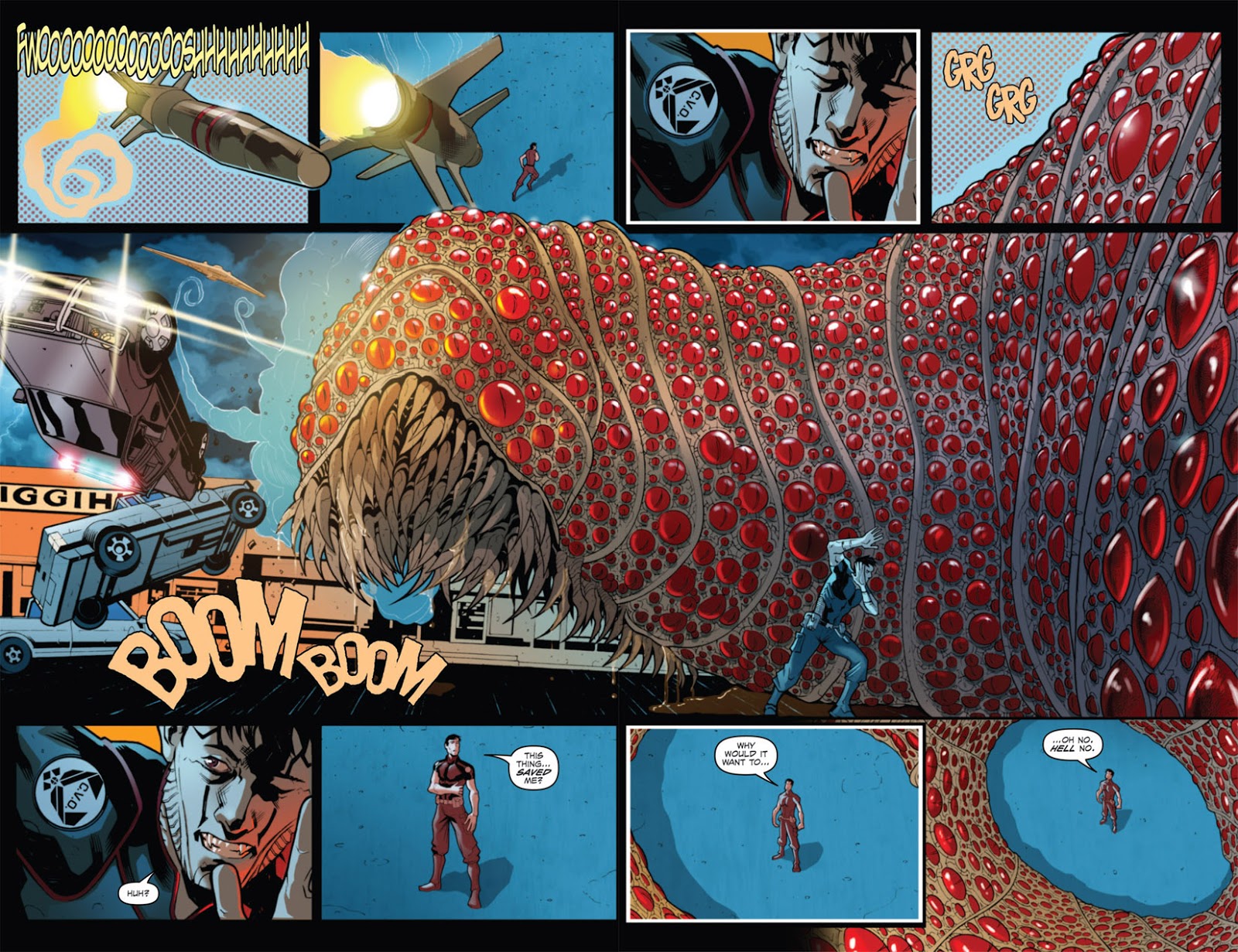 In 2011 IDW concocting a plot that linked many of their licensed properties was a shrewd marketing move, a joy for fans, and a surprise creative success. With that in mind, a sequel to Infestation was surely preordained. It’s a mixed bag. It sticks to much the same pattern as before, except now it’s the Elder Gods from H. P. Lovercraft stories invading the assorted franchises, and it reverses the success of the first version. This time it’s the places invaded that make for better reading than the framing story. For that Duane Swierczynski sticks very much to the template originated by Dan Abnett and Andy Lanning, but is nowhere near as adept. Even with David Messina in place as artist (see sample page), it’s predictable and formulaic, with the menace eventually too easily dealt with in a finale featuring the distracting and ultimately pointless appearance of Danger Girl.

The first time round hordes of zombies invading other worlds resulted in stories that lacked some credibility and only briefly shone, the best being the G.I. Joe segment that scaled things back to an action thriller. This time the stories of the other worlds visited almost all succeed, despite the vast disparity in tone between, say, 30 Days of Night and Teenage Mutant Ninja Turtles. For those not familiar with the works of Lovecraft, the Elder Gods cover a wide variety of beasts, fearsome, giant, squishy and tentacled being common attributes. The best fit is with Dungeons & Dragons, where insufferable detective Abraxis Wren unleashes armageddon. Paul Crilley has the benefit of Valerio Schiti’s stunning fantasy art, and his tongue in cheek plot is more Terry Prachett comedy fantasy than Lord of the Rings. While a complete contrast, the Teenage Mutant Ninja Turtles episode also works well, Tristan Jones sending the turtles deeper into the sewers, and Mark Torres drawing on Mike Mignola and his use of shadow to produce some excellent gloomy art. This is the turtles as originally conceived, not their high-fiving animated version.

The Transformers world visited is the steampunk Earth from Endgame: Hearts of Steel, and while Chuck Dixon over-eggs the plot a little, Guido Guidi delivers a nice 19th century and a fantastic deep sea demon. Chris Ryall and Alan Robinson team Groom Lake’s Archibald with Batboy from Weekly World News, both more concerned with finishing their pint than any invasion, while Swierczynski’s Lovecraft pastiche in the wilds of Barrow, Alaska is far more successful than his framing story. It creates an appropriate tension as the Elder Gods meet the vampires from 30 Days of Night, with a terrified journalist as witness. Stuart Sayger’s art is frustrating, sometimes gloriously constructed montages reminiscent of Creepy’s heyday, yet sometimes sloppy faces and murky panels where some clarity is needed. Mike Raicht doesn’t repeat the quality of the G.I. Joe section this time, let down by a poor finish, but artist Valentine De Landro is good.

All round a mixed bag, which may make the price of this hardcover off-putting. Paperback volumes 1, 2 and 3 are available, with the third being the best, featuring the Dungeons & Dragons and Teenage Mutant Ninja Turtles segments prior to the finale. 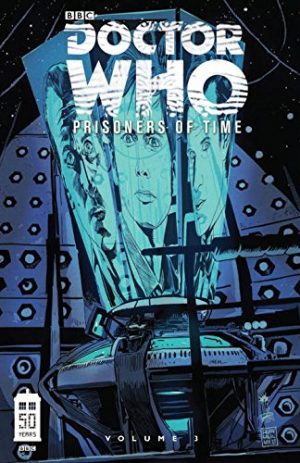