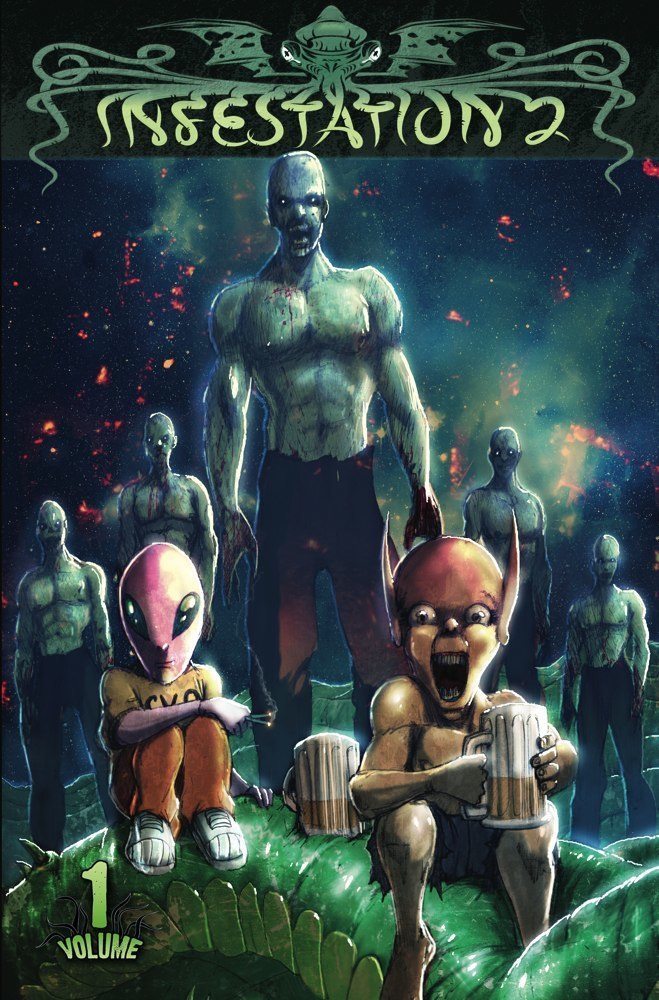 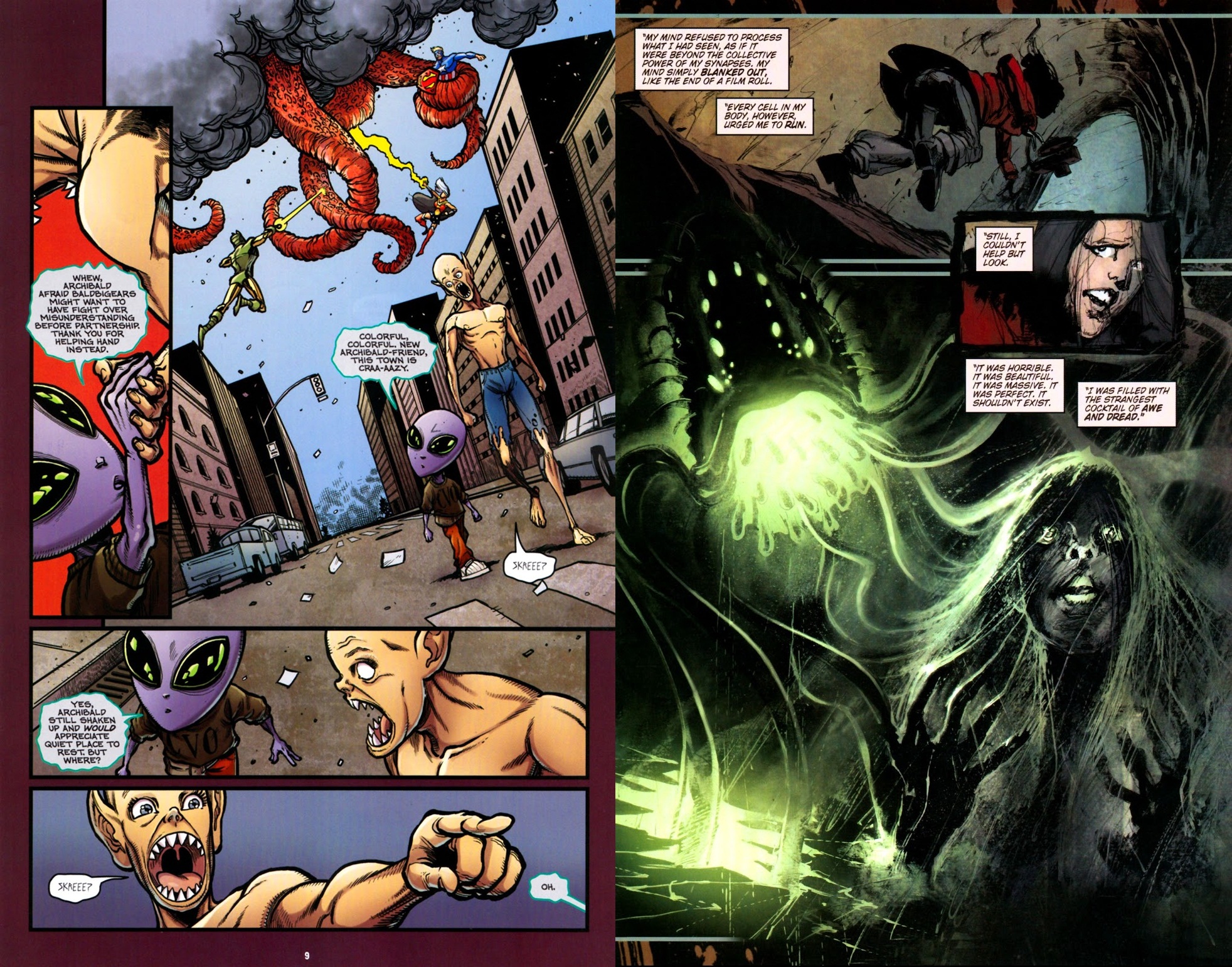 In the first Infestation series the zombies from Zombies vs Robots found their way through alternate dimensions to plague the stars of assorted licensed properties published by IDW. The staff of Covert Vampiric Operations had a devil of a time trying to stop them after Britt from the team was possessed by the enemy’s controlling mind. The formula is much the same for Infestation 2, except this time around it’s the Elder Gods from H.P. Lovecraft’s novels as the invading force, and with Cross having beefed up by absorbing magical artefacts, the CVO have a little more power. Oops. This time it’s Cross’ turn to be possessed.

Duane Swierczynski following the formula of the successful first series is possibly to be expected, but following it so closely? It’s very much a going through the motions chapter distinguished only by artist David Messina attempting to inflate Britt’s breasts to blimp size.

There is one difference to this infestation. With the control barriers that kept them trapped removed, the Elder Gods have access to time as well as alternate dimensions, enabling them to turn up in the vicinity of Barrow, Alaska in 1952. Swierczynski presents a Lovecraft pastiche with a giant squishy tentacled thing facing off against the vampire community seen in 30 Days of Night, with a terrified photographer as witness. In places artist Stuart Sayger creates memorable montage pages dripping with mood, but in others he’s very ordinary, with misshapen faces and blurred panels. These are presumably intended to convey the speed and intensity of the vampires in action, but instead have the effect of confusing.

So far, Infestation 2 doesn’t match its predecessor, but perhaps dropping in on the Transformers and G.I. Joe in volume two will improve matters. Alternatively, the entire crossover is available in one collection. 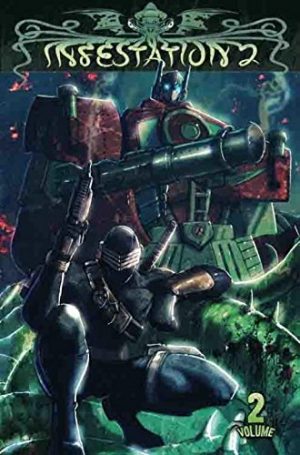 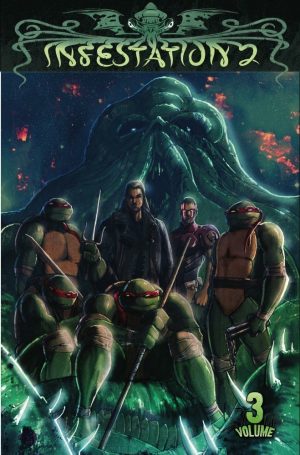 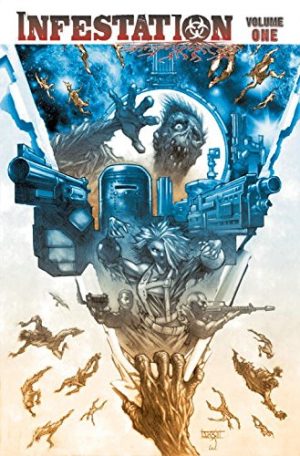 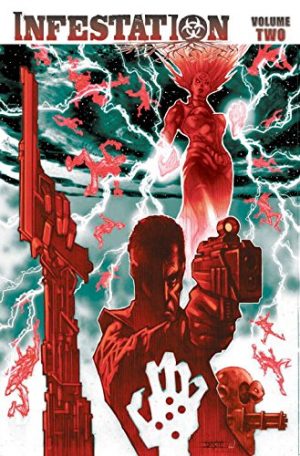