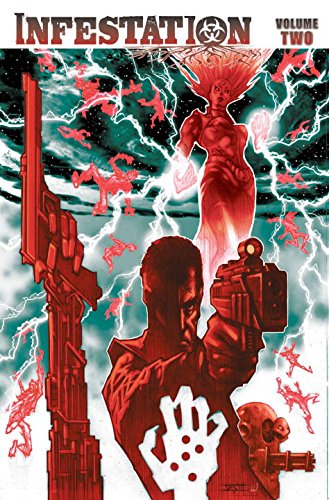 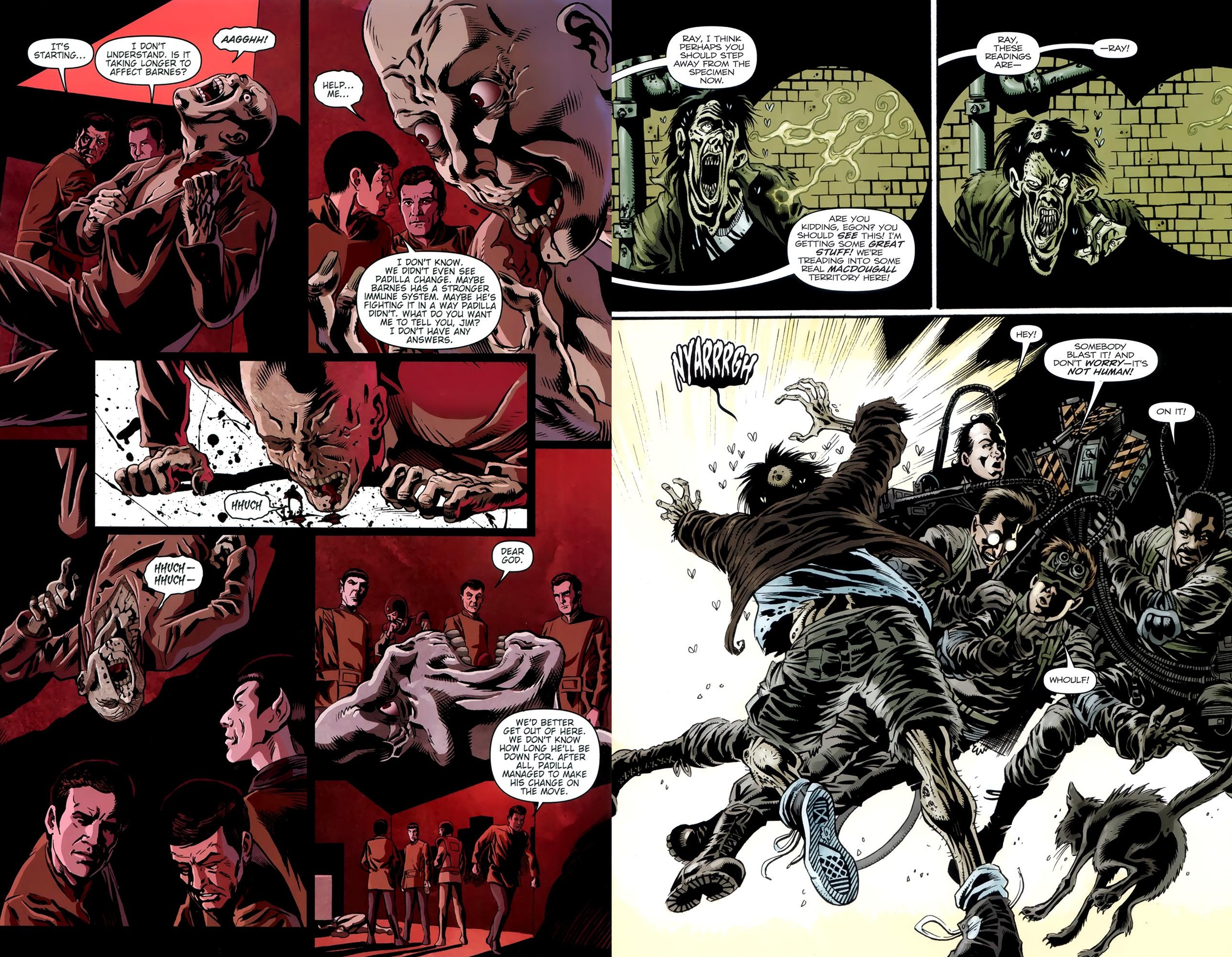 As seen in volume one, an ancient and persistent evil has been launched across the dimensions, affecting the characters from IDW’s licensed properties. The cast from Transformers and G.I. Joe coped with the incursions into their dimensions, and now it’s the turn of Star Trek and Ghostbusters.

This is classic Star Trek movie era cast, beginning with Admiral Kirk, Mr Spock and a grumpy Dr McCoy in a shuttlecraft on their way to a planet where McCoy is to be honoured for stopping a plague. It doesn’t go to plan. Because we’re all so familiar with zombies, it’s clever of writers Scott and David Tipton to play on the Enterprise crew never having encountered them previously, and being unaware of what they can do. Phasers on stun doesn’t work, and they may not wear red shirts, but the support crew are rapidly killed leaving only the headliners. With any Star Trek project it’s important that the artist capture actor likenesses, and Gary Erskine manages this well. He’s working from layouts provided by Casey Maloney, and of necessity the backgrounds are functional futuristic labs. The deliberately clunky design for a robot is nice, as are a couple of movie homages, but it stretches credulity that the threat established in volume one is so easily set back.

Finding the viscerally imaginative art of Kyle Hotz on Ghostbusters is a surprise, and as Infestation preceded the movie remake, he’s drawing the original 1980s cast. He fits them well into his style, and Eric Burnham’s dialogue captures the movie personalities. They’re also faced with zombies, but unlike the other segments of Infestation, theirs is a comedy world, and produces a more enjoyable romp than the Star Trek segment.

With zombie infestations begun in other dimensions, it’s down to Dan Abnett and Andy Lanning to finish what they started. In the world of CVO, Covert Vampire Operations, the secret government organisation is still attempting to shut down the technology that allowed the Undermind and their avatar to invade the other dimensions. The problem is that this will have an unfortunate human cost. Abnett and Lanning surprise with the neat simplicity of their solution, which builds on what was established in CVO: African Blood, taking it in a very logical direction. It requires artistic ingenuity to deliver the plot, and David Messina’s the man for that, with his design for the Undermind’s manifestation primal and disturbing.

While a neat idea that plays out logically, Infestation is necessarily episodic, constantly switching moods. Taken in isolation, the opening and closing chapters by Abnett, Lanning and Messina form one taut and desperate thriller, but while the intrusion of zombies into other worlds isn’t forced, it doesn’t have the compelling nature of the core story. The novelty, however, proved enough, and Infestation 2 followed. An alternative way of reading this is via the hardcover collection of the entire story.