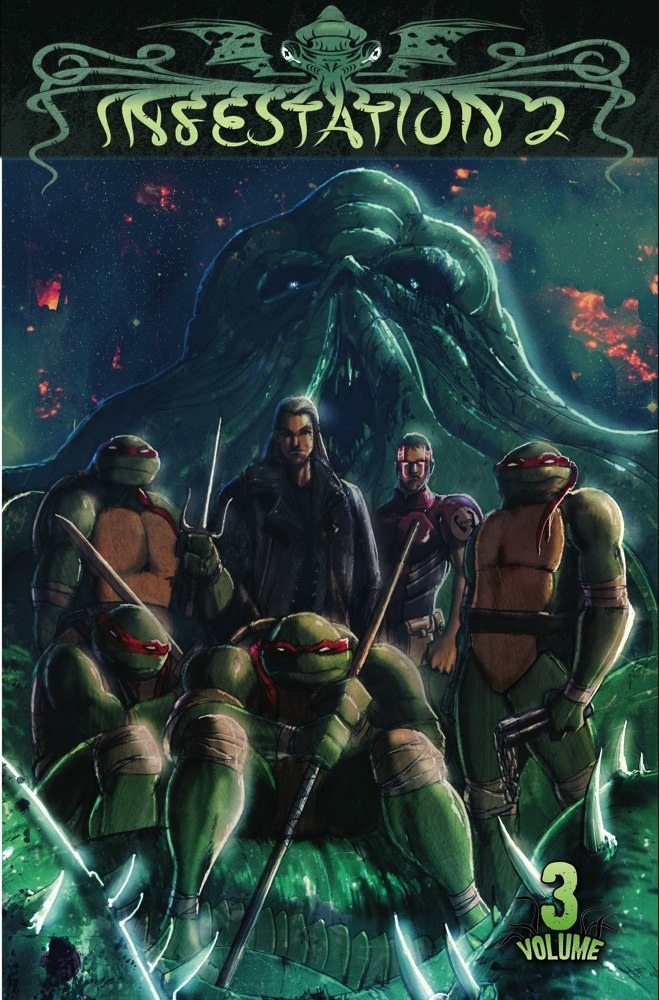 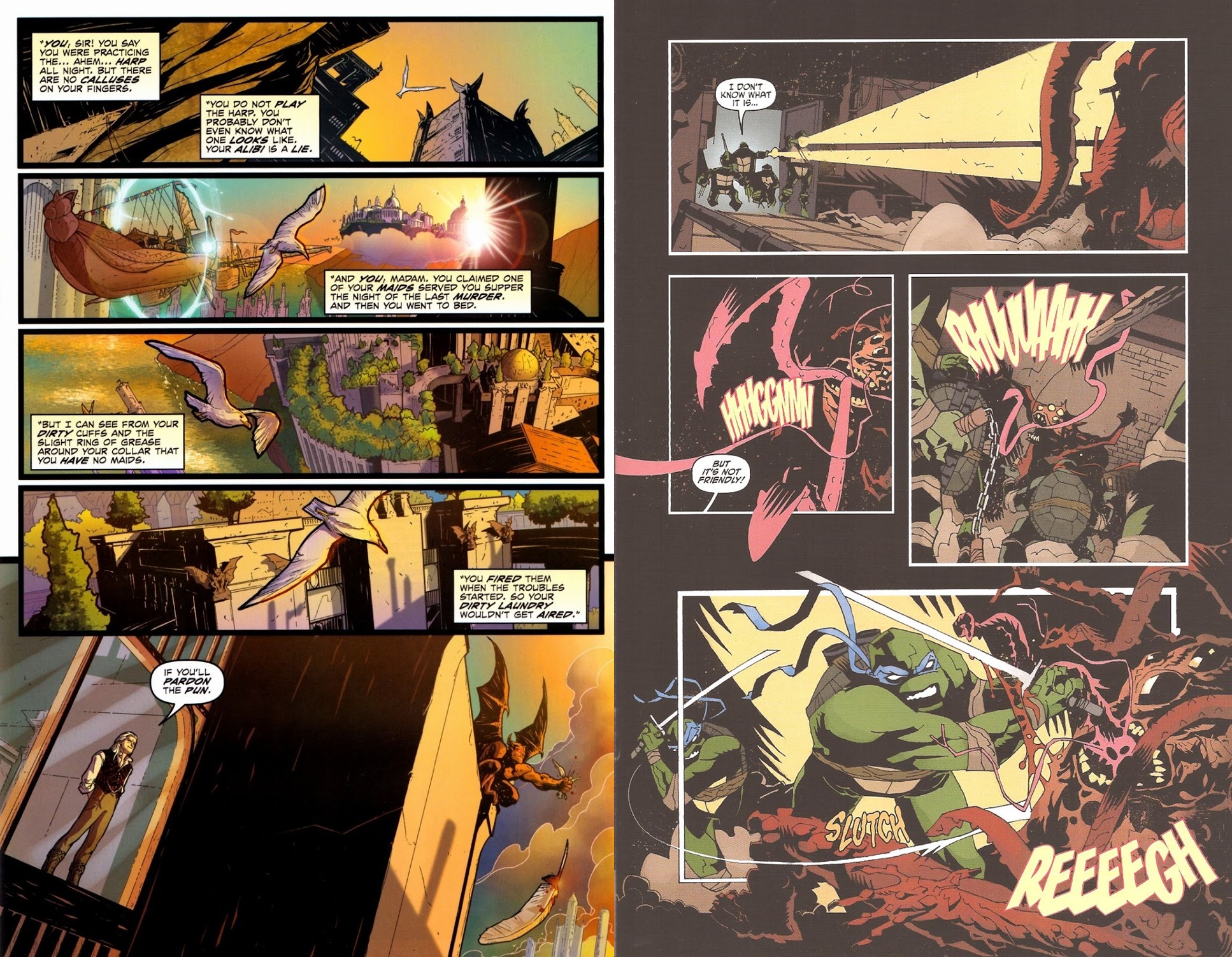 There’s a very clever start to the Dungeons & Dragons segment of Infestation 2, in which Paul Crilley’s narrative captions are overlaid on Valerio Schiti’s wonderfully decorative panels displaying the wonders of Sharn. However, the final panel of the sample page is more indicative of what follows.

Abraxis Wren is a private detective in world of magical beings and spells. Infuriatingly right and with an ego to match his success, he’s based on Sherlock Holmes, although with a sense of humour. Crilley ensures we become so caught up in his investigations that we forget that at some stage the Elder Gods will be turning up to wreak havoc. They’re actually far more at home in a magical world than in the other dimensions into which they’ve intruded during Infestation 2, and the mixture of Wren’s sardonic dialogue and the case he’s investigating absorb us until their terrible arrival. It’s fun, funny, brilliantly drawn by Schiti and the best of Infestation 2. If all IDW’s Dungeons & Dragons are up to this standard, they’re worth investigating.

You may think forcing the Elder Gods into the vicinity of the Teenage Mutant Ninja Turtles is stretching credulity too far, and you’d be wrong, even with this version of the Turtles being far nearer the original concept than the kid-friendly animation. The turtles have their base in the sewers, and when people start to go missing in the city they discover a terrifying secret deep beneath those sewers. Tristan Jones creates a suspenseful plot by confining it to a limited and enclosed area, and Mark Torres adds to the claustrophobic tension by avoiding many wide shots and introducing vague background details. He’s influenced by Mike Mignola’s jagged pencils, and creates consistently interesting looking pages despite the limited colour and light. Jones may telegraph his ending, but has a nice line in traps and pompous villain’s dialogue, making this a fun adventure.

So far, so good, perhaps surprisingly, but what drags this collection down is the finale to the entire affair. We’re back in action thriller territory as Covert Vampiric Operations attempt to shut down the Elder Gods infestation, and much as Duane Swierczynski attempts to crank up the tension, everything is resolved pretty easily in the end. Less space allocated to squeezing in another IDW property (Danger Girl) and more devoted to some surprises would have served the conclusion well. Even artist David Messina seems unimpressed, his pages not as ambitious as usual, although his design for a multi-eyed slug remains great.

As a story overall, Infestation 2 suffers from diminishing returns. Swierczynski’s framing plot follows the previous plot too closely, and the Elder Gods are built as a threat so all-encompassing, yet easily fobbed off time and again. While not avoiding that accusation, this is the most entertaining of the three volumes, or alternatively the entire story is available in hardcover as Infestation 2: The Complete Series.