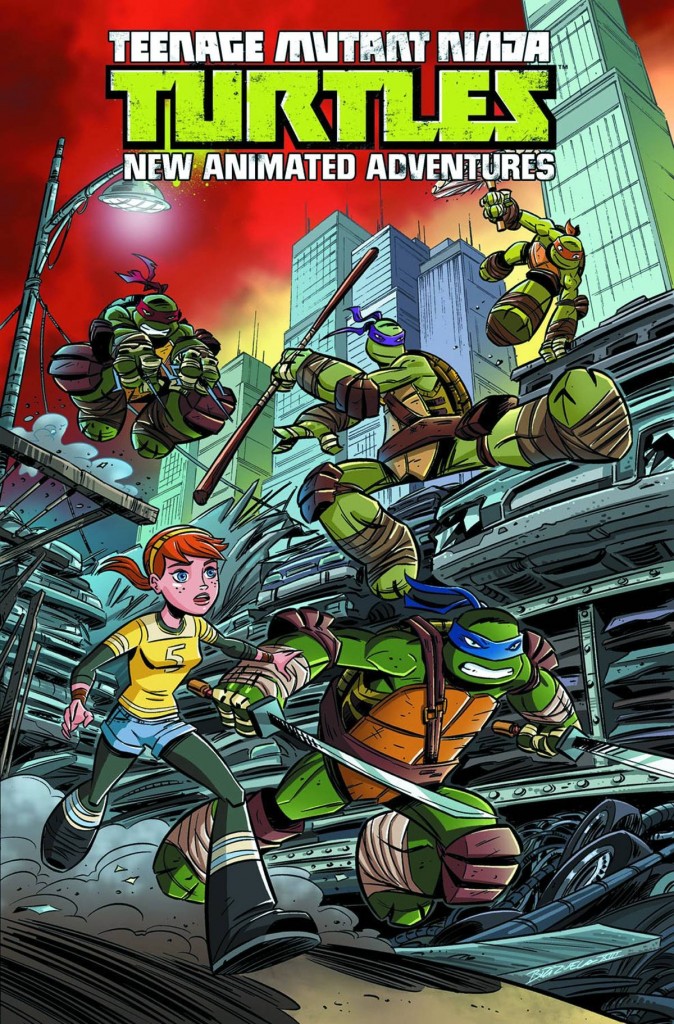 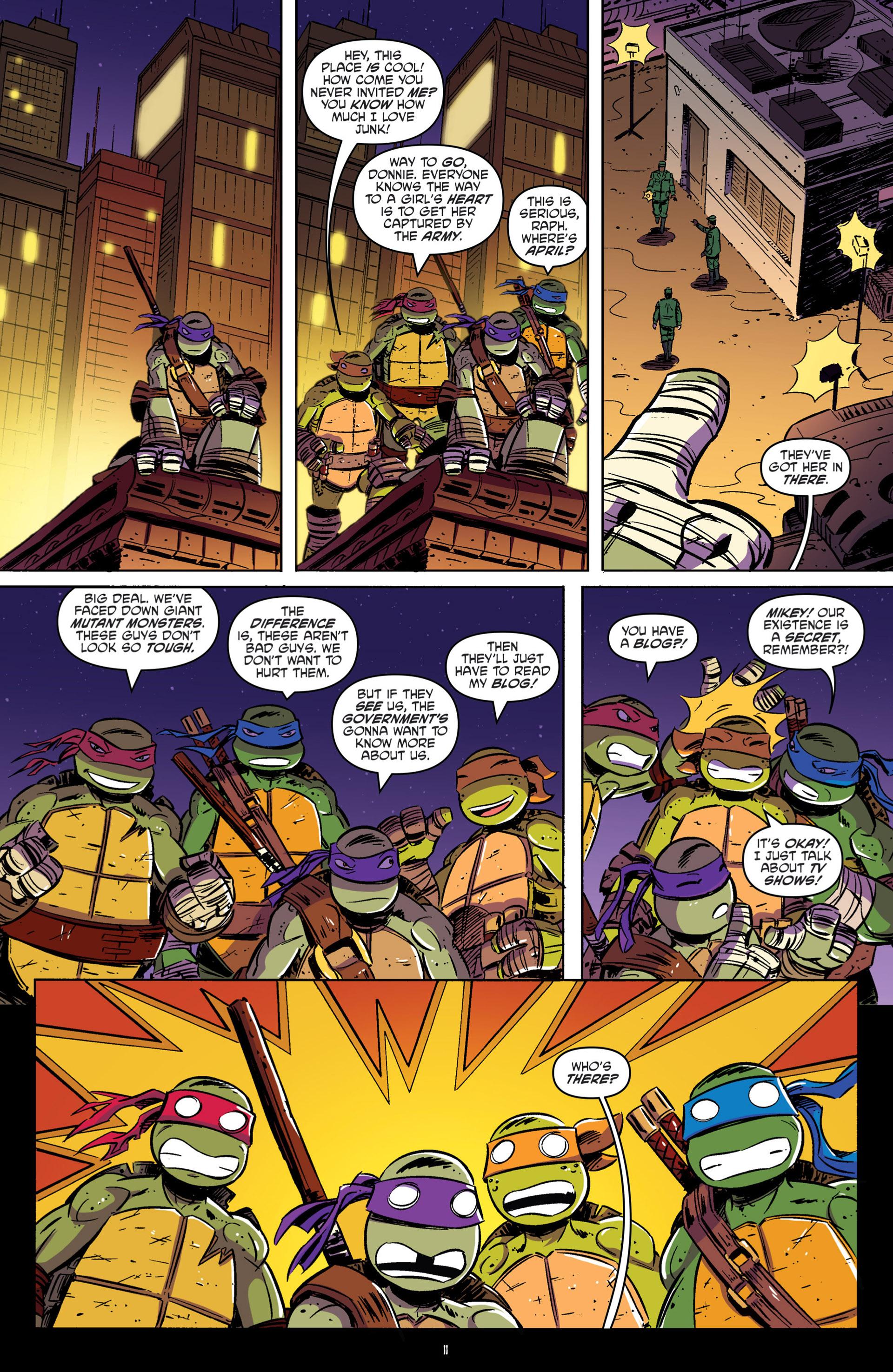 A generation on from the first multimedia success of the Teenage Mutant Ninja Turtles, parents who loved the feature as kids were able to introduce the revival to their own children: merchandise, movies, cartoons and graphic novels. There is no shortage of the latter from IDW, who in addition to reissuing the 1980s and 1990s material in a bewildering array of formats, published several series of new material. New Animated Adventures is all new original stories based on the animated series begun in 2013, but it’s not to be confused with Amazing Adventures, based on the same series, but adapting episodes from it.

If you believe in the Teenage Mutant Ninja Turtles, it’s probably not going to bother you that the opening plot concerns a scrapyard for discarded military prototype weapons where the security precautions are a high wall topped with barbed wire and a single dog. That’s followed by the return of Snakeweed and his conservation agenda that goes a little too far, a seeming zombie infestation and a whole platoon of ninjas armed with hallucinogenic darts.

Primary writer Kenny Byerly prioritises the plot, only marginally distinguishing the personalities of the four turtles, but provides enough diversions to ensure this is more than just action. One recurring joke is the methods used to ensure the turtles aren’t revealed to the world at large, and he makes good use of April in the opening tale. The writing team of David and Scott Tipton also contribute, and Eric Burnham writes the final story. The series has assorted contributing writers, and all have a fair handle on the cast and the strip’s requirements.

Dario Brizuela illustrates the entire book, and he’s some cartoonist. He gives new meaning to the term ‘bigfoot’, but provides the turtles with personalities and ensures they don’t look too strange when placed beside humans.

Anyone who remembers the turtles the first time around and has been unsure about this incarnation can be reassured that there’s a solid level of fun and entertainment provided. Sample with confidence. A further five volumes follow, but if you already know you’re going to love the content you may prefer to pick it up collected in two Omnibus editions. 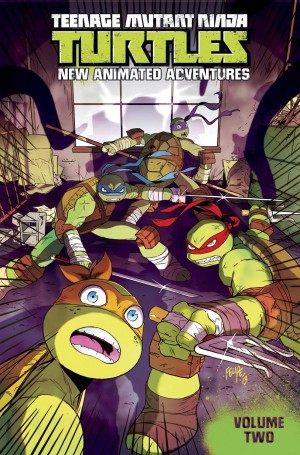