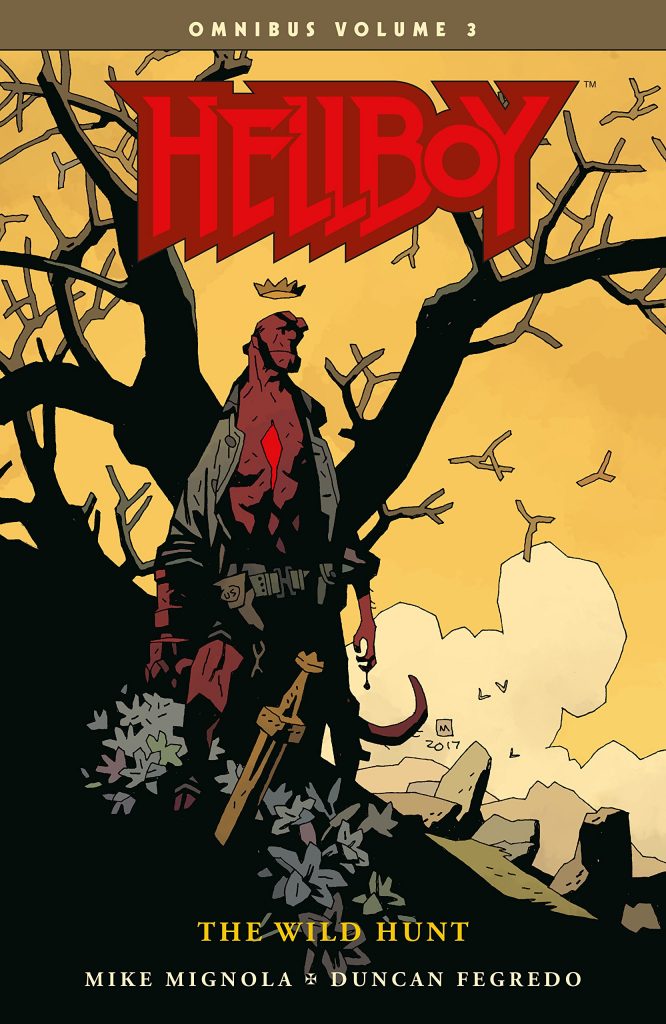 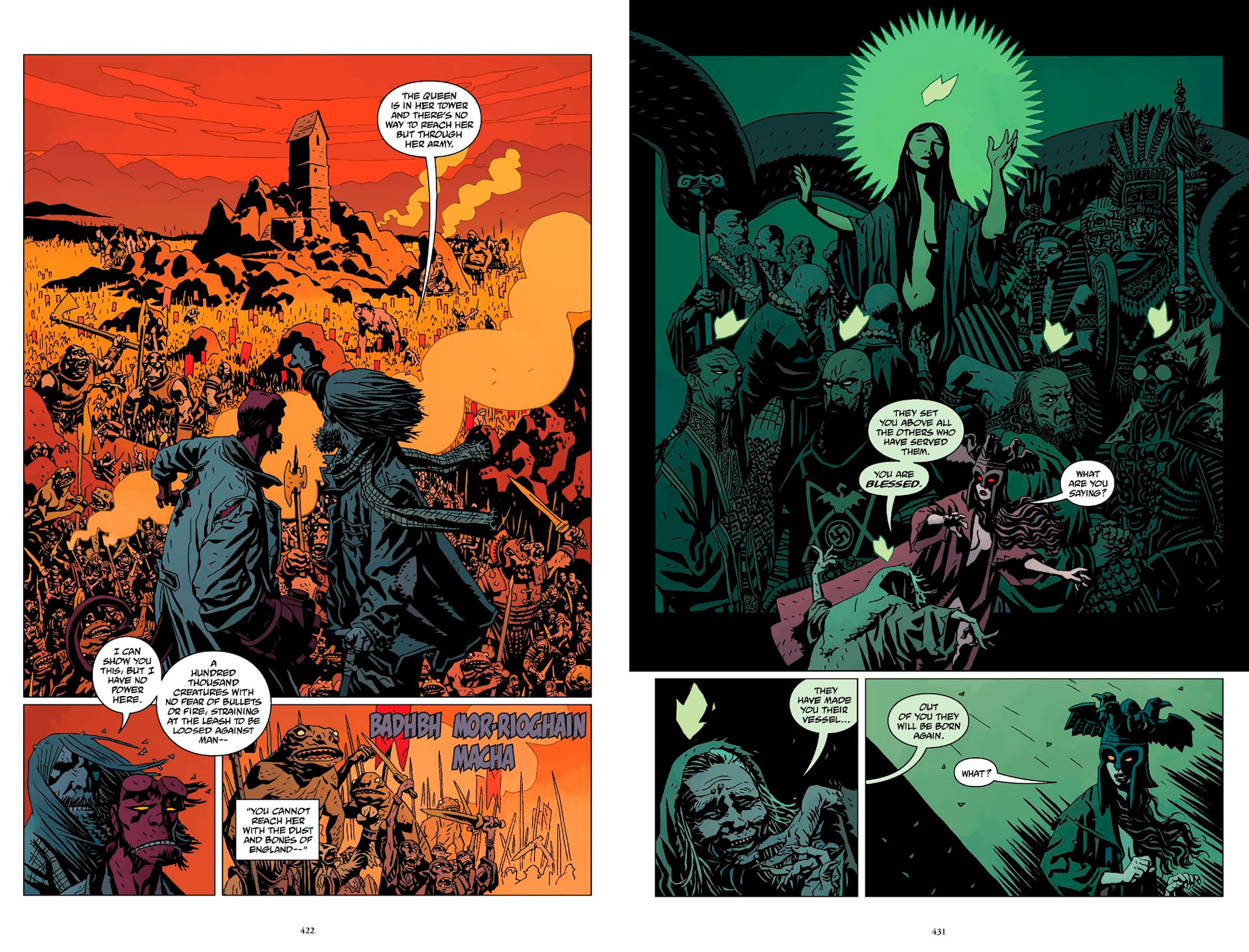 Hellboy Omnibus Volume 3: The Wild Hunt is the biggest volume of the series at a door-stopping 526 pages. The reordering of Hellboy stories to make one chronological timeline presented an opportunity to correct one of the unfortunate decisions that came from creating the Library Editions by collecting trade paperbacks as they were issued. This meant artist Duncan Fegredo’s work with Mike Mignola’s writing in the defining trilogy ‘Darkness Calls’, ‘The Wild Hunt’, and ‘The Storm and the Fury’ was split over Library Editions five and six. This inevitably diminished the effect of what Fegredo and Mignola had achieved with a monumental piece of storytelling in both staggeringly intricate and powerful drawing and equally complex, unpredictable and brilliant scripting.

For the first time in this omnibus volume the entire sequence is together in one awesome book. That alone may make this a compelling purchase for readers who want such a major part of the series complete and not broken up. The three epic stories beginning with the prologue ‘The Mole’ and continuing though ‘Darkness Calls’ and ‘The Wild Hunt’, to ‘The Storm and the Fury’, deal with the huge facts of Hellboy’s true purpose as the Beast of the Apocalypse. Forced to confront his destiny and make a choice as to where and what he stands for, the final battle between Good and Evil brings a very definitive, world-shattering end to this story cycle.

The nine-page extract from the sketchbooks of Mike Mignola and Duncan Fegredo is especially interesting in this volume as they compare character designs and discuss their different approaches to making images, choosing symbols and thinking about how to render the concepts that make up this last part of the series. It is only a tiny taste of the truly massive 64 pages of drawings which comprise the sketchbook section in the Hellboy Library Edition Volume Five so if you are interested in seeing the rest of Fegredo and Mignola’s creative process that’s where you’ll have to find it. That aside, this omnibus edition represents the dramatic pinnacle of Mike Mignola’s Hellboy universe. For new and old fans, it makes a very satisfying conclusion to this part of his ongoing adventures.