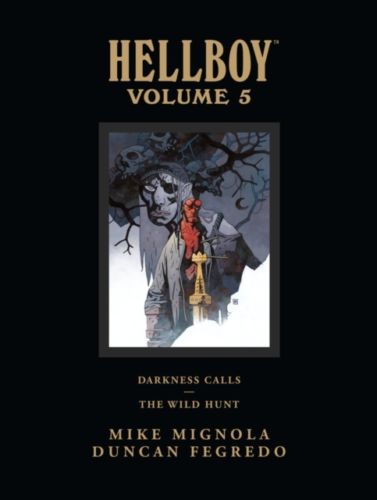 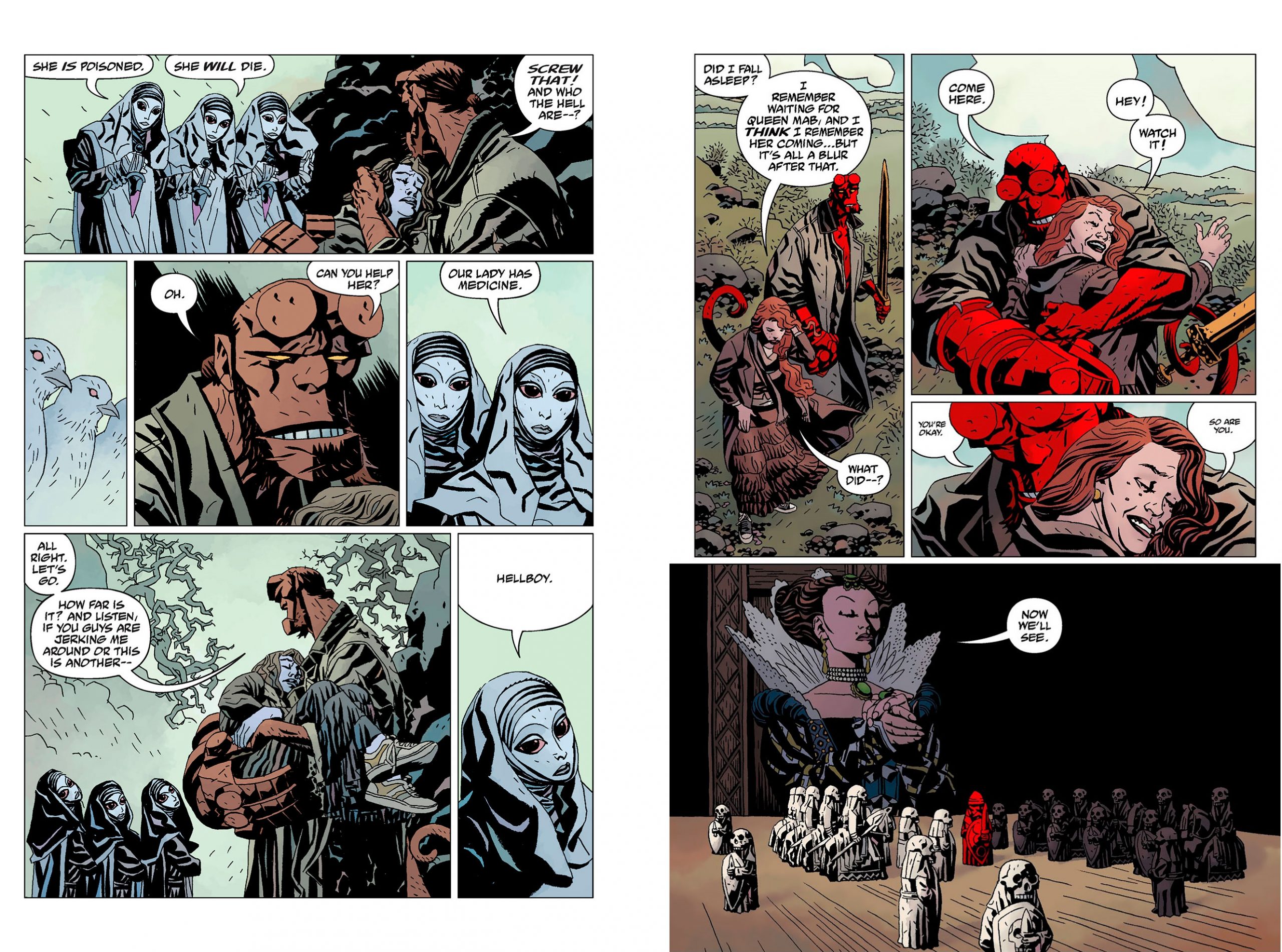 Volume five of the Hellboy Library Edition collects Darkness Calls, the eighth trade paperback, and The Wild Hunt, the ninth. This volume features the artwork of Duncan Fegredo, who takes over the pencilling and inking on the ongoing Hellboy saga to ease Mignola’s workload and let him concentrate on writing. The result is noticeably faster paced and busier pages than previously, with some hugely intricate compositions filled with beautiful detail. Fegredo is a great choice for this book with a very sympathetic style, which overlays Mignola’s strong compositions and layouts with gorgeous linework. The amount of information on the page is hugely increased but it retains the strange energy of Mignola’s more abstract approach, helped by the intelligent, sophisticated colouring of Dave Stewart. They’re a brilliant team.

This volume contains the resolution of ‘The Beast of The Apocalypse’ storyline which has been the key subplot underpinning this whole series since its beginning in Seed of Destruction. It builds to spectacular scenes as most of Hellboy’s previous enemies and some new antagonists combine to bring about the destruction of the known universe, unless Hellboy can stop it. This final stage in the saga is a compellingly-told, roller-coaster of a ride building to a epic supernatural war finale, but sadly it is not complete. For the last third you have to see The Hellboy Library Edition Volume Six. If you want to read the whole thing in one book, it is available in the paperback Hellboy Omnibus Volume 3: The Wild Hunt.

There is an extra-large section of commentary, sketches, character designs and other drawings at the back of the book from both Mignola and Fegredo, discussing their collaboration and working methods in an informative and funny way. At a very reasonable price point for such a well-designed collection of four-hundred-plus pages of large-format colour art, these editions are the definitive way to enjoy the series and present extremely good value for dedicated Hellboy fans, especially when contrasted with the Absolute volumes from DC that cost twice as much.