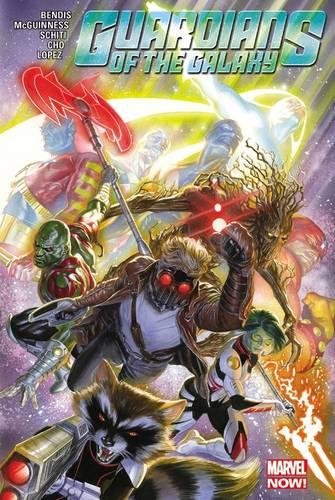 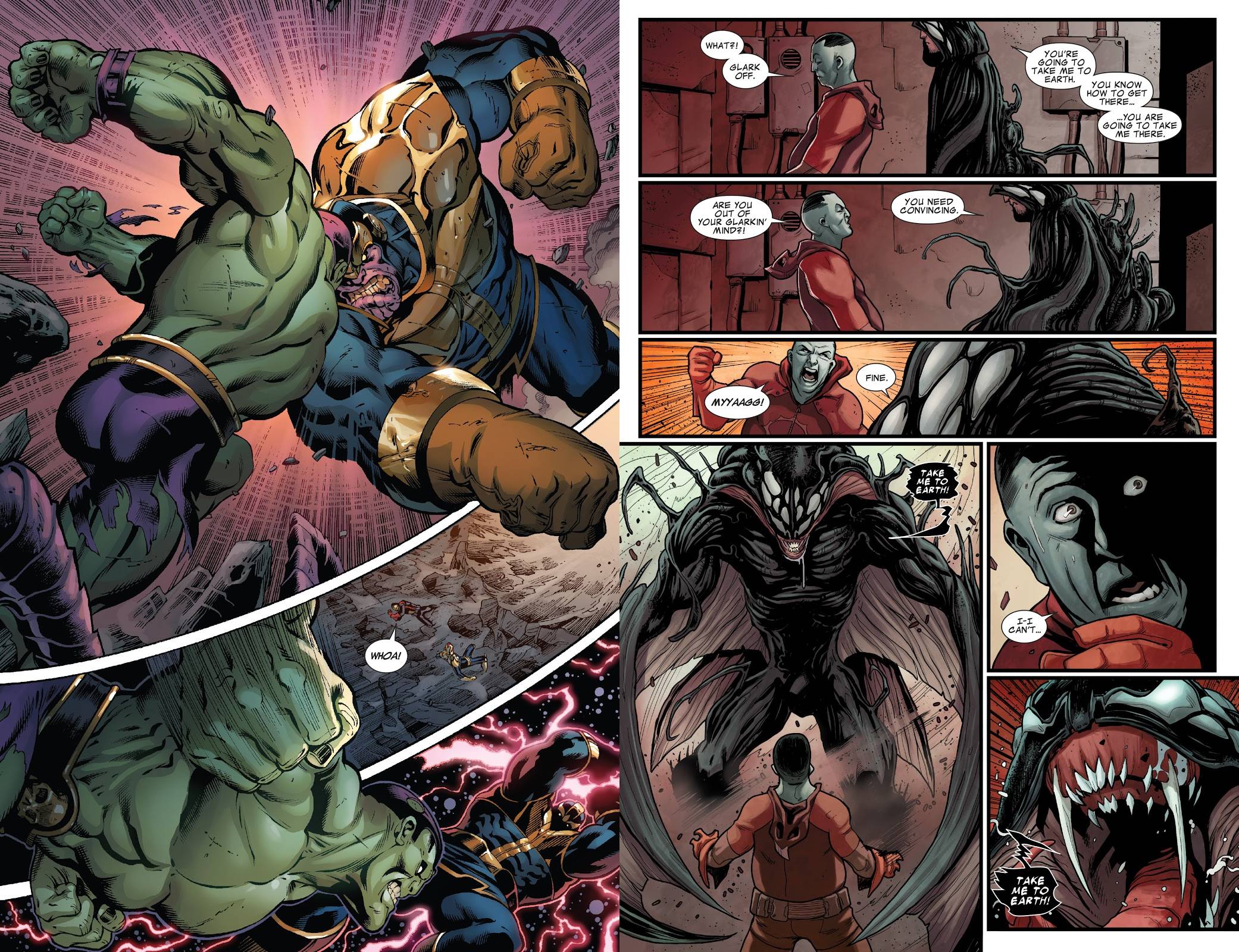 As with the previous two volumes of this series, this hardcover combines the content of two paperback releases, specifically Original Sin and Through the Looking Glass. Considering this, here was an opportunity to correct sequencing errors making the second of those paperbacks such a frustrating read two years earlier, but Marvel instead went for the buck instead of some credibility.

Throughout his run on the Guardians Brian Michael Bendis best defined Star-Lord, and that’s the case here, with almost all the most enjoyable sequences featuring him at their heart. For those who care, it’s deep into this series that Bendis finally presents a story revealing how Star-Lord escaped certain death before the series began. Yes, escaping certain death is a superhero stock in trade, but some effort might have been made a little sooner, and Bendis’ explanation is ordinary, if something that would have consequences later in his run. More immediate consequences result from where Bendis leaves Star-Lord ending this book, for once picked up immediately in Vol. 4.

The best run of episodes looks at Venom, a character Bendis otherwise all-but ignores during the series. Bendis has the Venom symbiote take some interesting choices, eventually leading to it returning to its home planet, and he applies some thought and logic to a character that until then had been very random.

Another series characteristic is constantly changing artists, but there’s greater continuity here. When little other than sheer force is required, Ed McGuinness is your man (sample spread left), and he provides off the scale power and brutality as Drax takes on Thanos. Valerio Schiti (sample right) takes time to settle, but once he does his version of the Guardians near enough becomes definitive, not least because he draws roughly half this collection, yet is still around for the next. Frank Cho’s elegance is displayed on a longer story where the Guardians meet Nick Fury. That’s nicely pitched, where it’s obvious something isn’t quite right, and the revelation matches the build-up.

When the time comes for the Black Vortex crossover, Marvel display the same contempt as with the paperbacks, by only including the two chapters originally published as Guardians of the Galaxy comics. There are seven more, the Guardians very prominent in some of them, but you’ll have to buy another book to discover that. The same applies to Star-Lord and Kitty Pryde now having a relationship, which comes out of nowhere as it began in Star-Lord’s own series. That’s a lesser problem, but some explanation would have been only courteous. The relationship’s introduction is clumsy, an extended joke that’s not very funny. 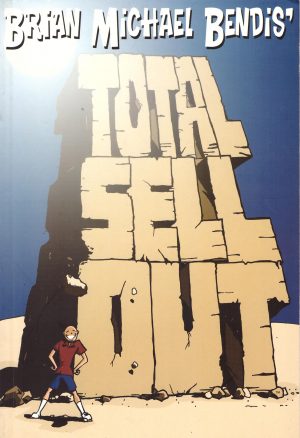