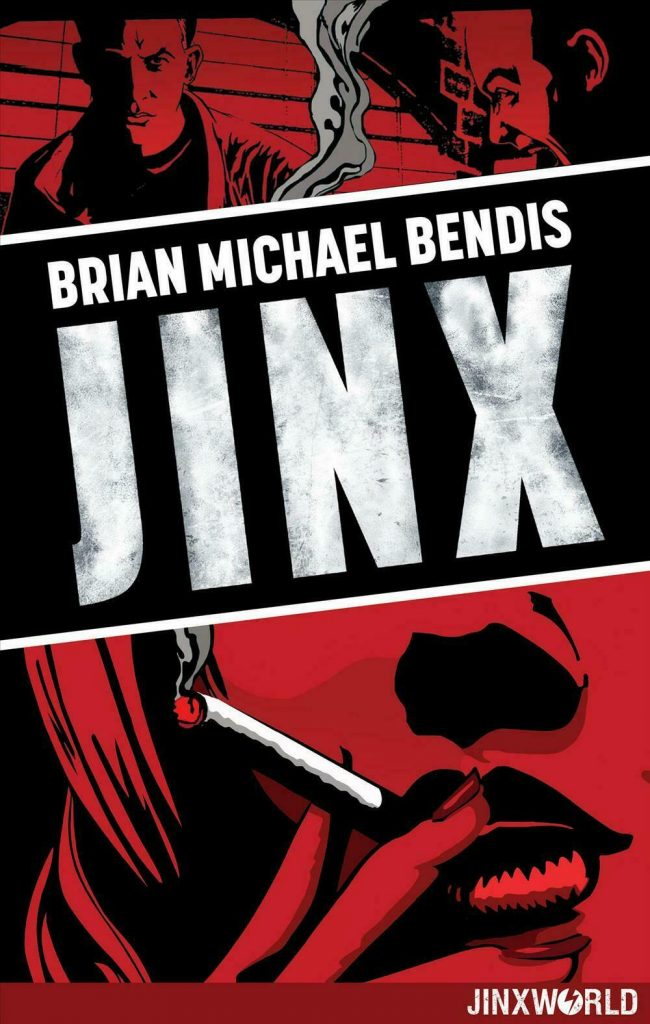 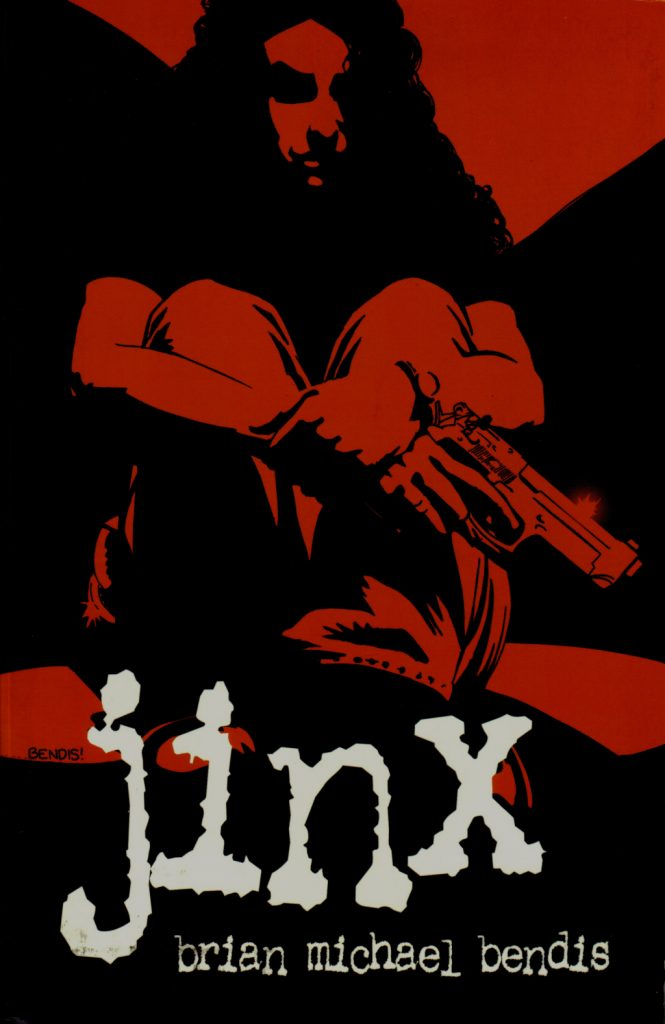 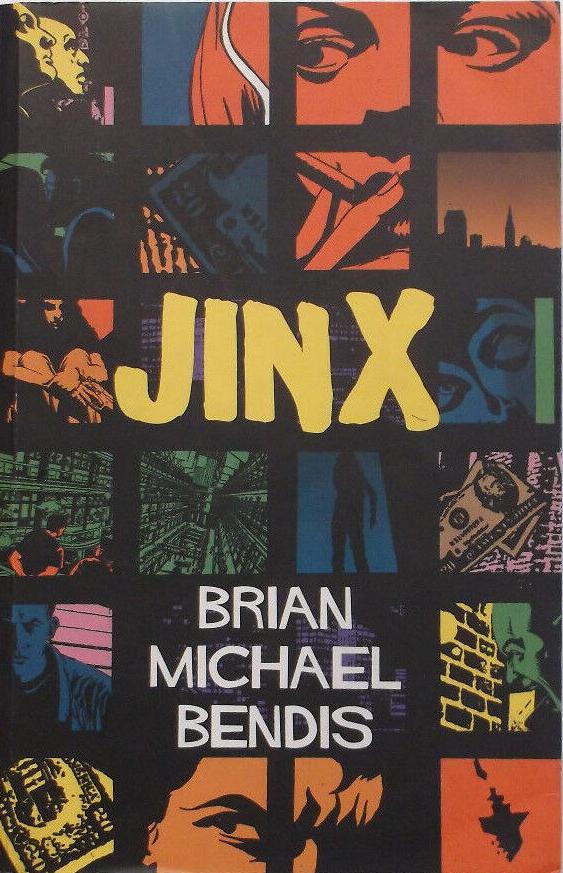 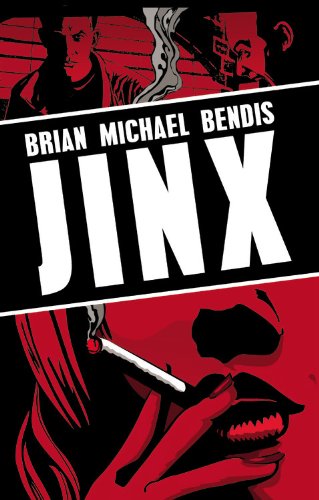 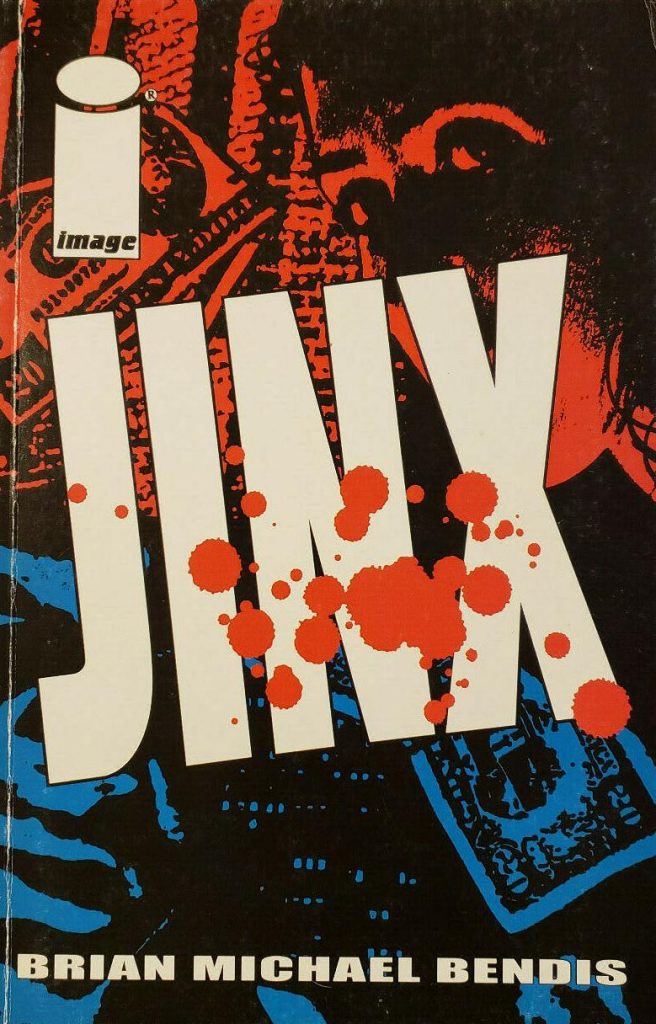 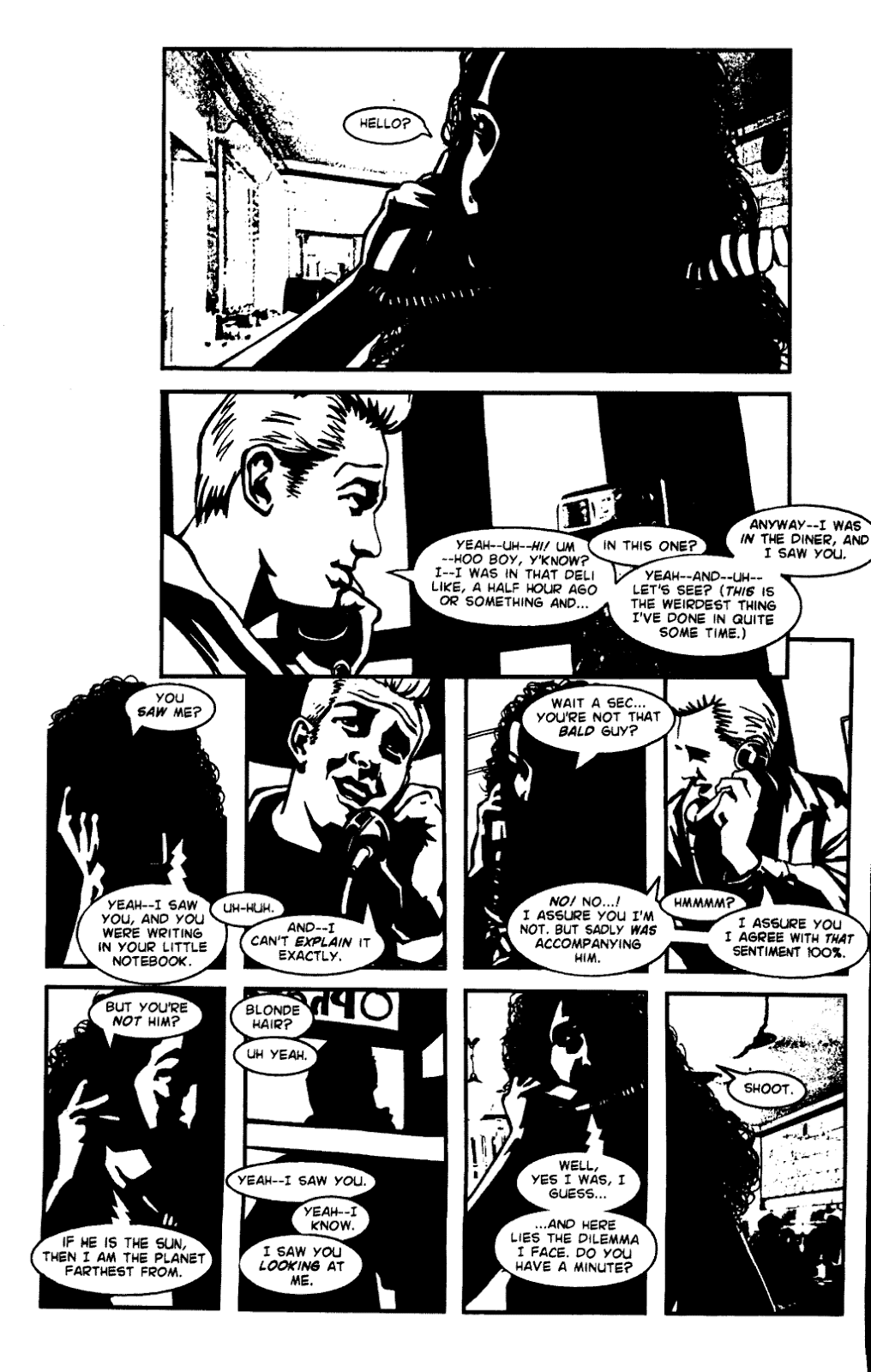 He’d produced other crime dramas before Jinx, improving with each, but this is the project that resonated for Brian Michael Bendis, the one that people really noticed, notably Joe Quesada who hired him for Marvel on the basis of it.

Early in his career Bendis wore his influences on his sleeve as a huge fan of clever movie crime capers featuring smart dialogue. The spirit of Quentin Tarantino seeps all over Jinx, with layered conversations trading anecdotes, instituting mood and character instead of moving the plot forward. There is a plot though, and even knowing what Bendis can do all these years later, it’s still one that captivates, uniting bounty hunter Jinx with two grifters, Columbia prone to wild aggressive outbursts and Goldfish more measured and not one to draw attention.

Because the Bendis patter is now so familiar to comics, revisiting the unrefined version in Jinx surprises via the lack of control, the dialogue having a greater priority than the overall story. The sample art is from an eight page conversation in which Goldfish attempts to date Jinx. As an individual scene it charms, but as part of the bigger story it’s intrusive and applies the brakes. The same is true of the subsequent nine pages detailing their first face to face meeting. The cross-cutting dialogue is clever, but an indulgence.

Bendis is a functional, but limited artist smart enough to employ a number of techniques attempting to disguise that, also feeding from influences, predominantly Frank Miller’s Sin City. Faces are slathered in artificial shadow for mood, illustrations are repeated for emphasis and photos are shopped in and treated to save Bendis drawing a cathedral or something similar. Cinema shorthand is also employed, along with big lettering for sound effects.

Everyone has influences, though, and it would be wrong to suggest Bendis lacks originality even this early in his career. The three primary characters are completely defined with all their hangups. The dialogue may be overworked, but at the time no-one was paying as much attention to creating personalities through conversation, and the bigger plot, when it arrives, is a twisting piece of noir crime drama. Two people each have half the information required to find hidden millions stolen from a gangster. They don’t trust each other and one of them is an incompetent idiot. That’s a classic plot, but even accepting the journey being the pleasure Bendis diverges too often and too long. Compression has never been among his writing strengths, but here the pacing is a lack of judgement from the novice writer. He’s come up with a terrific and tragic backstory for Jinx herself. It’s key, and leads into the scene Bendis opens the book with, but he near enough sabotages its power with storytelling quirks, prioritising conversational beats over clarity.

For all its original novelty, Jinx hasn’t dated well. Bendis became far more polished at what he did, influencing a whole generation of comic writers, so the techniques he introduced are now commonplace and refined. A collection of extended anecdotes strung together with what should have been an exploitable plot still comes in above average, but now strains the patience in places.

Various editions have seen print over the years, all presenting a generous dose of process material at the end. Bendis’ direct contact with readers always entertains, and here there’s an honesty sometimes lost in his wittier comments elsewhere.