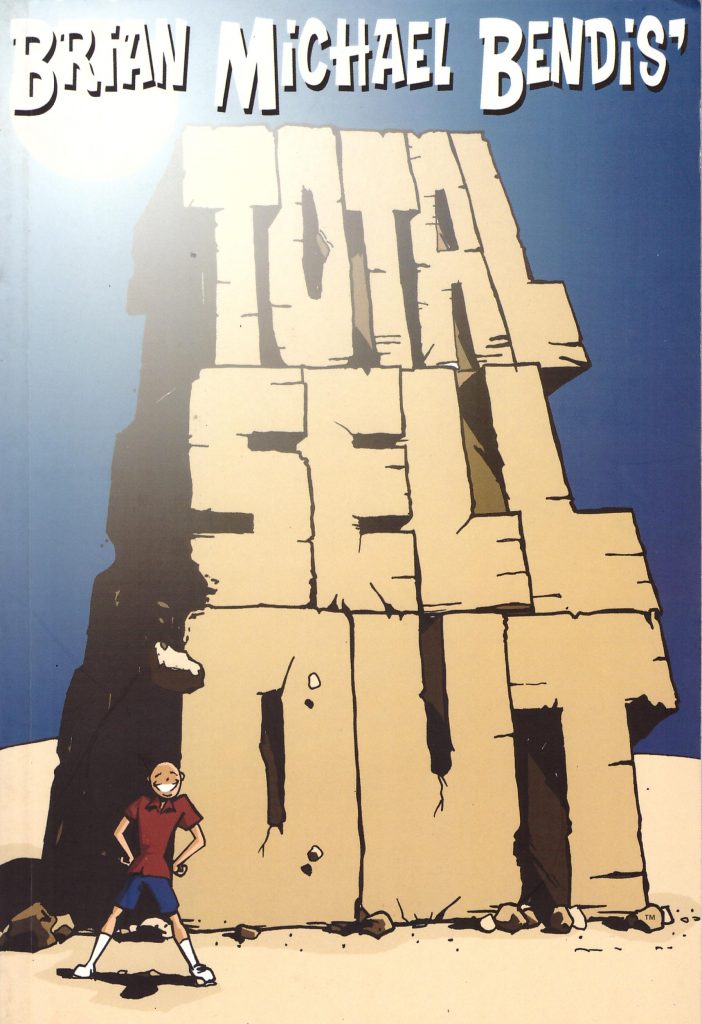 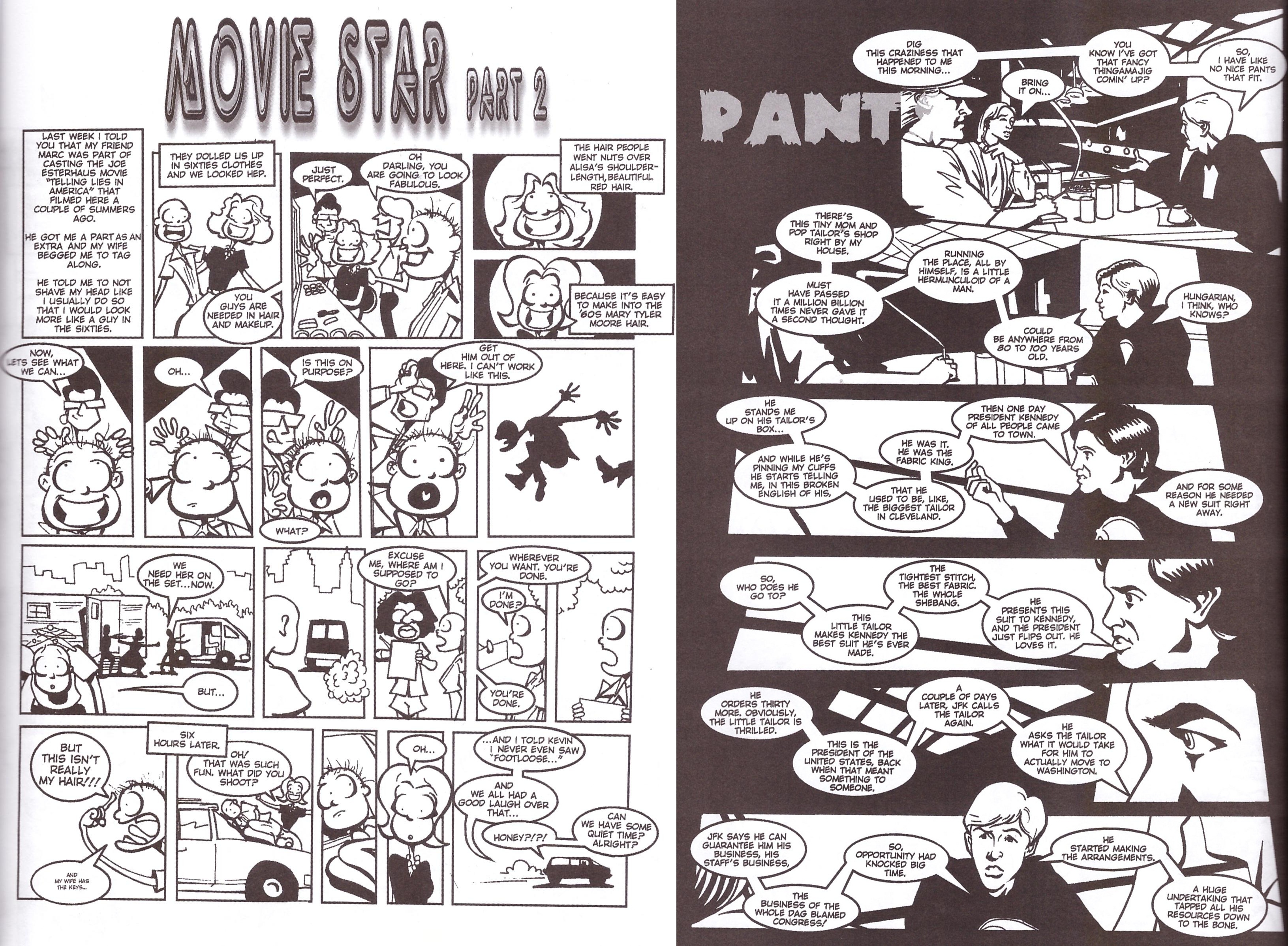 When Total Sell Out was published in 2003 Brian Michael Bendis had hit the big time. His work on Daredevil, Alias and Ultimate Spider-Man for Marvel was earning praise and awards, while Powers was reaching ever larger audiences, but that was reward for Bendis’ long hard slog through the 1990s. Much of his earliest work was for regional or obscure publications, so remained unseen by the vast percentage of his enthusiastic new audience. Their first surprise about this collection would have been Bendis drawing so much of the content also.

While he has a workable cartoon style, Bendis is aware of his artistic limitations when it came to greater realism, and makes much use of shadow, the copying of backgrounds, and the effects available via the computer technology of the 1990s. These were already looking dated on publication, and are now positively prehistoric. What the art doesn’t disguise is what Marvel picked up on. Bendis is one hell of a writer, and that was the case from early in his career, even if that wasn’t always recognised. This comes through in some early autobiographical stories. A few hit the spot, but most aren’t that interesting in themselves. Without fail, though, the telling of them is great, personality-blessed, with the pauses splitting the dialogue between word balloons or narrative panels spot on, and the knowing voice of hindsight well pitched.

Content is thematically arranged rather than chronologically, and the selection of anecdotes from others is another set of well paced narratives. He could do worse than find a use somewhere else for the guy who tormented his brother one day. This, however, is where the experimental art really hits. Yes it’s Bendis messing around with some pages never intended for publication, but as a sequence they’ll induce conjuntivitis unless read in regulated doses.

Bendis is well aware a selection of editorial comment cartoons from the mid 1990s had dated by 2003. Now they’ve dated a lot further, and are followed by collaborations with other creators mixed with more Bendis solo work. Some of Bendis’ individual work tops them, but as a grouping these are the quality items. Two noir crime stories from Warren Ellis and James Hudnall still resonate, with Ellis being more imaginative, but Hudnall better overall, and there’s a well told story from Mark Ricketts over some unimpressive Bendis abstracts. These are spliced with still entertaining pub conversations.

The book finishes with an assortment of covers, pin-ups and introductions, not padding as Bendis explains, but on the house. When all is said and done, Total Sell Out isn’t the work for which Bendis will be remembered. He’s been so good for so long since that it’ll be lucky to make footnote status, but there’s content here worth a look, and with the prices of used copies under $2 no-one can complain. 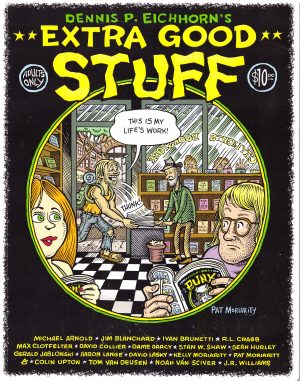