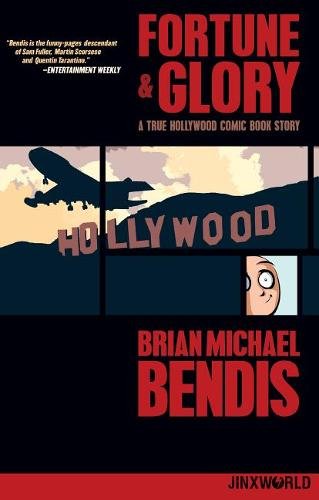 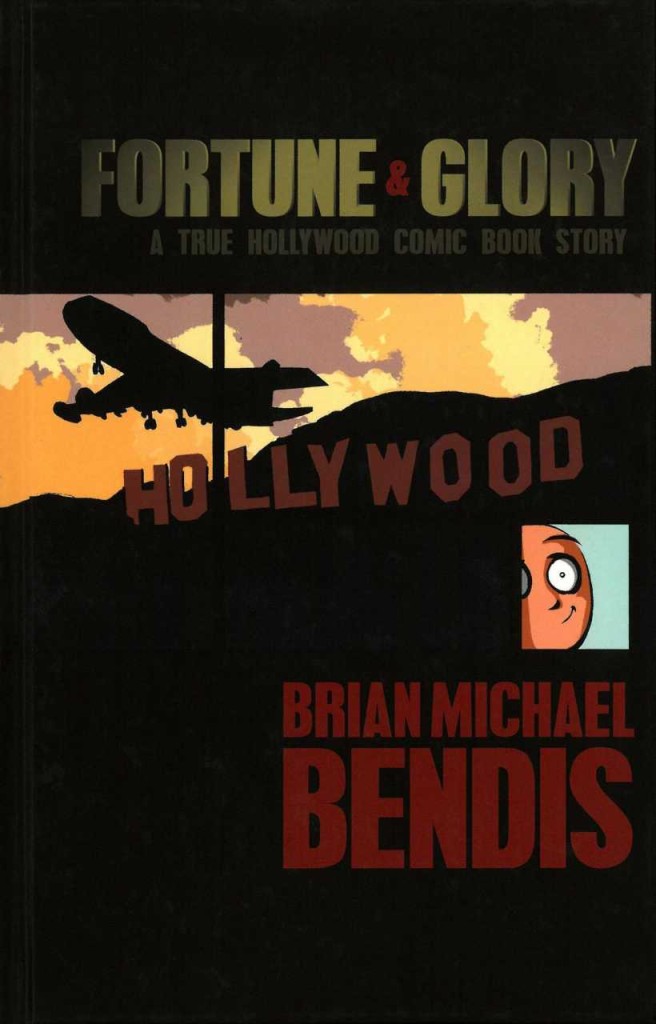 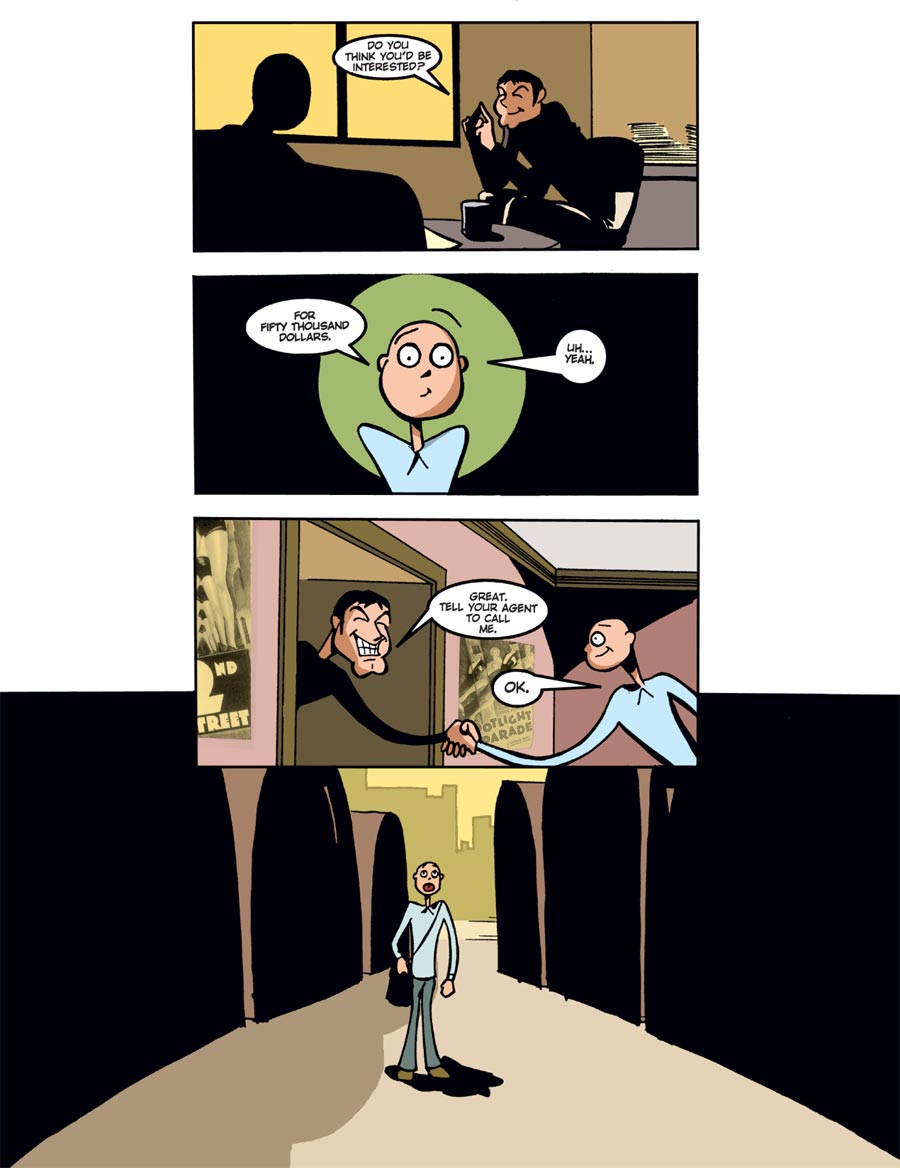 Brian Michael Bendis is known for writing piles of Marvel superhero comics. One wonders how many of those readers have read the graphic novels that brought him to the attention of in the industry – tough, gritty urban crime stories that would probably keep Quentin Tarantino up late reading.

His solo books are roughly drawn by Bendis himself, and the reigning value seems to be “More” – long strings of dialogue balloons filled with verbose snappy patter, photocopied images repeating six or seven times, manipulated photo images, zoom ins, zoom outs, piles of narration. There isn’t a gimmick available that Bendis doesn’t want to use at least three times per page. It’s not for everyone. In his noir work, the results of this assault range from gripping to turgid, but he created one story that enlisted his style in service to some of the best crack comic timing ever pulled off in a graphic novel, much less for a comics memoir.

Fortune and Glory is Bendis’ true life adventures in Hollywood, trying to trade in on his crime novels (Goldfish and Torso, specifically) for screenwriting fees and development money. Bendis spent a good portion of several years swimming in the shark-infested waters of agents, producers, the odd celebrity and roomfuls of dopey, dopey studio executives to find anyone with the clout, the willingness and the millions of dollars to gamble on a live action adaptation of his comics. The anecdotes he collected along the way are like shooting comedic fish in a barrel.

The people he meets in Los Angeles are rife with fear, paranoia, ego, bluster and ignorance (like the man who refuses to believe that Elliot Ness was a real person because he saw The Untouchables). Bendis plays the perfect naïve foil, peering into their world with increasing bafflement. He keeps us engaged by including his own writer’s insecurities. It’s solid storytelling and a tale that deserves it.

To suit the light-hearted tone, Bendis drops his semi-realistic noir faces in favor of a cartoony style that can only be described with the word “goony”. Bendis himself looks like a cross between Charlie Brown and a grinning newborn, and the other caricatures he employs follow suit. What’s wonderful about this Hollywood satire is the complete absence of a mean spirit. The man who drew several thousand pages of guns and violence is really just poking fun at the absurdities of this industry. There’s little to cringe at and most of the laughs are guilt free.

Humor is a very personal thing, but you’d have to check the pulse on anyone who doesn’t find something to laugh out loud at in Fortune and Glory. The world Bendis created (reported?) is fun, cheerful and brimming with idiotic film executives.

The most recent edition is the Icon hardcover, but it was previously available as a pocket-sized paperback from Image. Bendis supplies further autobiographical anecdotes in Total Sell Out.