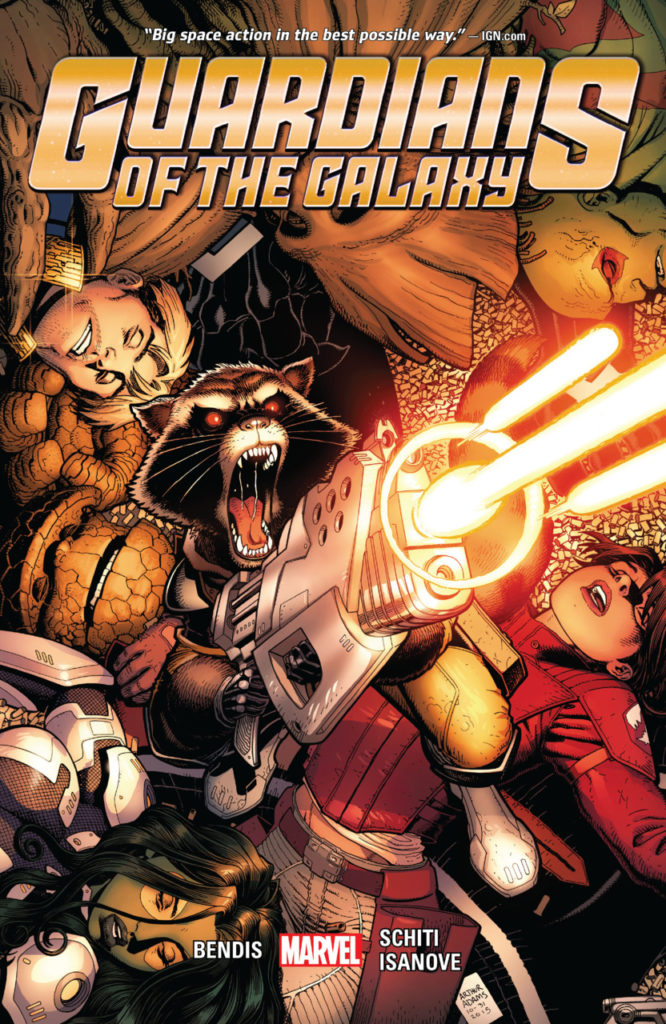 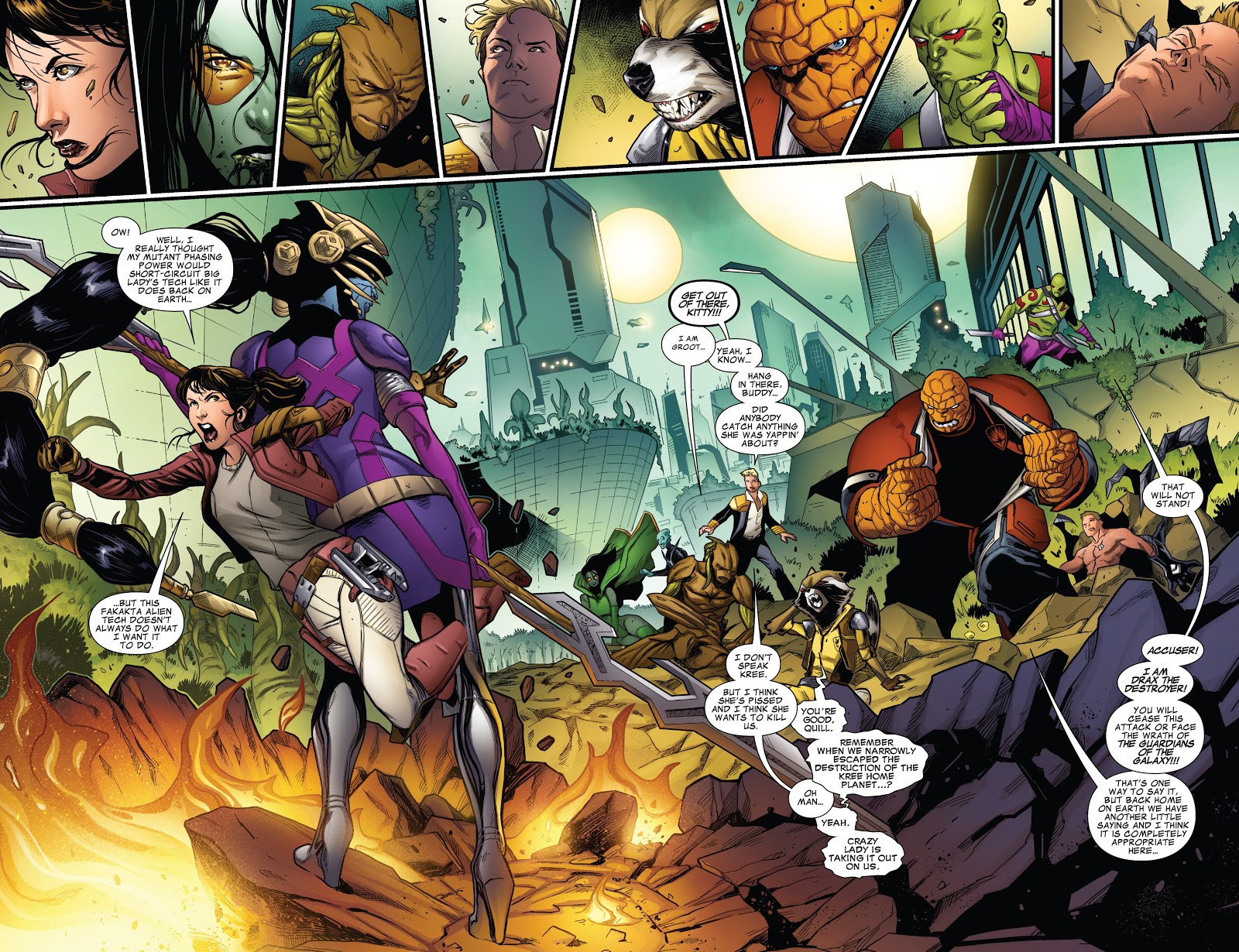 While Brian Michael Bendis’ term writing Guardians of the Galaxy was infested by crossovers, none too sympathetically compiled into their collections, at least they emerged from Marvel’s 2015 reboot relatively unscathed. This hardcover collects what was a relaunched series, although it continues directly from Vol. 3, and features the same creative team of Bendis and Valerio Schiti. Kitty Pryde was already involved, and is more intimately integrated here, while the Thing, no longer needed for the Fantastic Four, fits right in. Both are used far more effectively by Bendis than Angela, Captain Marvel and Venom in previous volumes. Or indeed here, as Venom still theoretically features, and Angela re-emerges after halfway.

Circumstances have left Peter Quill as emperor of the Spartax empire, and hating every second, so Kitty adopts his Star-Lord identity. Bendis mixes encounters with representatives of the Kree and Badoon alien races, both believing they have cause to place the Guardians on their hit list, and supplements that with character interactions that to begin with flow more smoothly than before. The opening half is rip-roaring cosmic adventure that keeps the pages turning.

Schiti’s pages in Vol. 3 didn’t always gel, but he really blossoms over a collection where all art is his. The sample is from a chapter beginning with several spreads, a device that had been space-filling previously, but here delivers the spectacular. He’s very effective with a full range of facial expressions required to characterise the cast, bearing in mind that cast includes a rocky monster, a large tree, and a raccoon, but has to redesign Groot to make him more visually expressive, sacrificing some visual distinctiveness. Schiti’s peak is over the first half of the collection, and there’s a drop in quality over the remainder, with the intrusion of sloppy figures and crowded panels looking messy.

As Schiti seems rushed by the end, so does Bendis, slipping back into the formulaic material supplied for so much of his Guardians run. He’s a first rate writer of superhero comics, so there is a professional level of entertainment present, but he could do so much better. Unfortunately, if anything, there’s a further decline beginning Vol. 5.