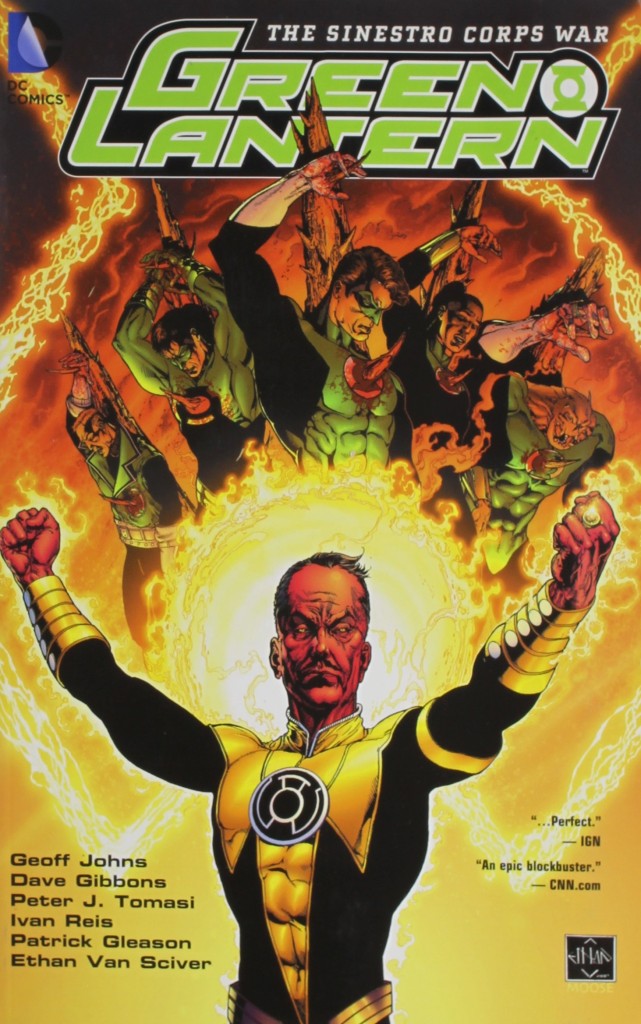 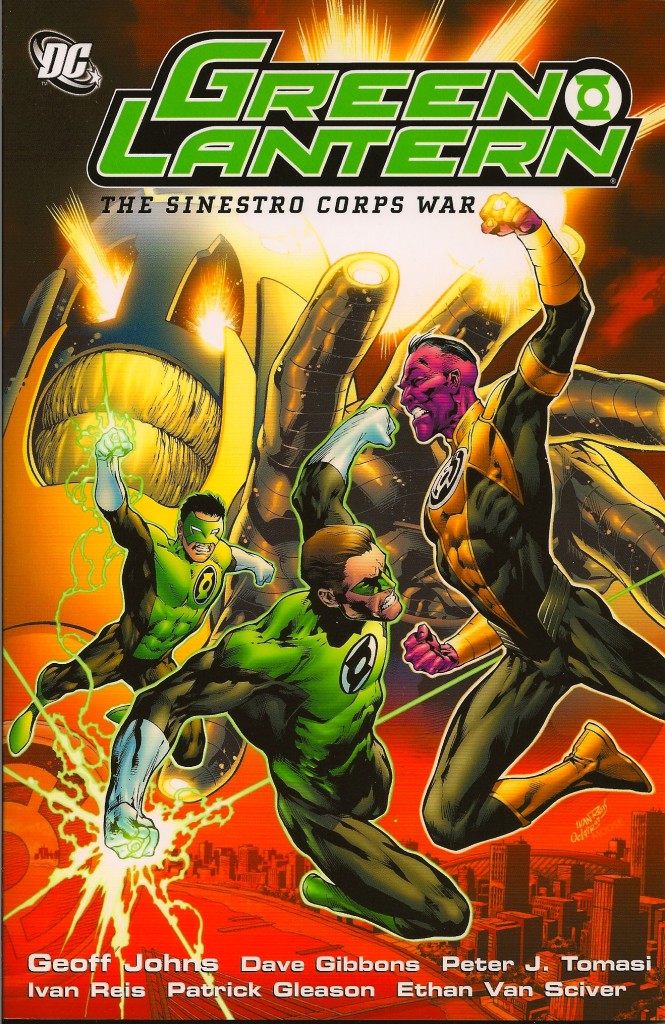 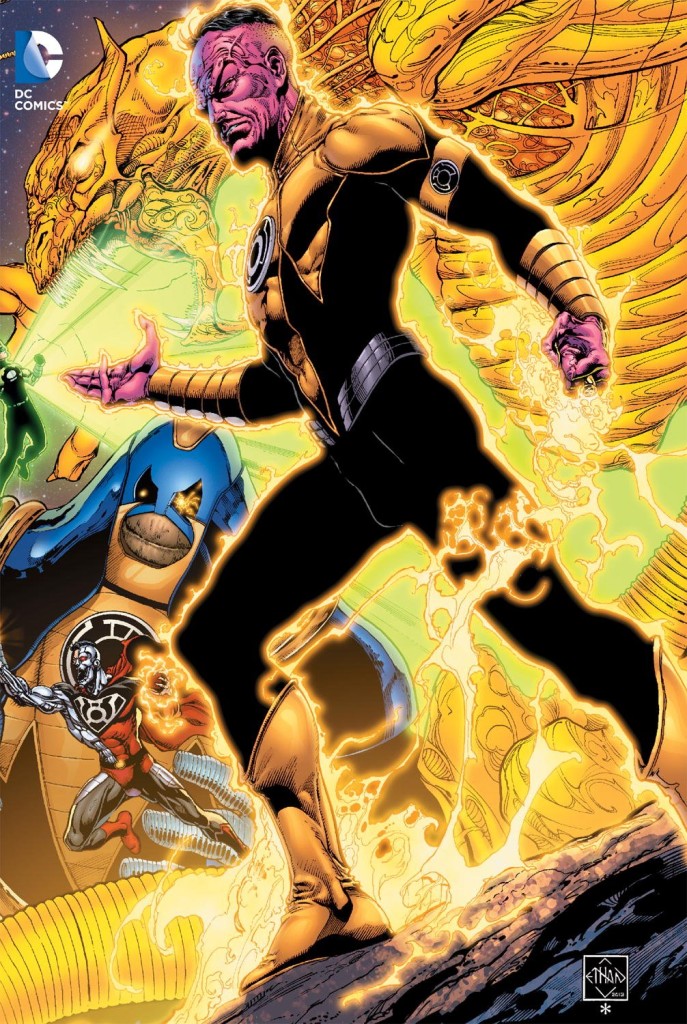 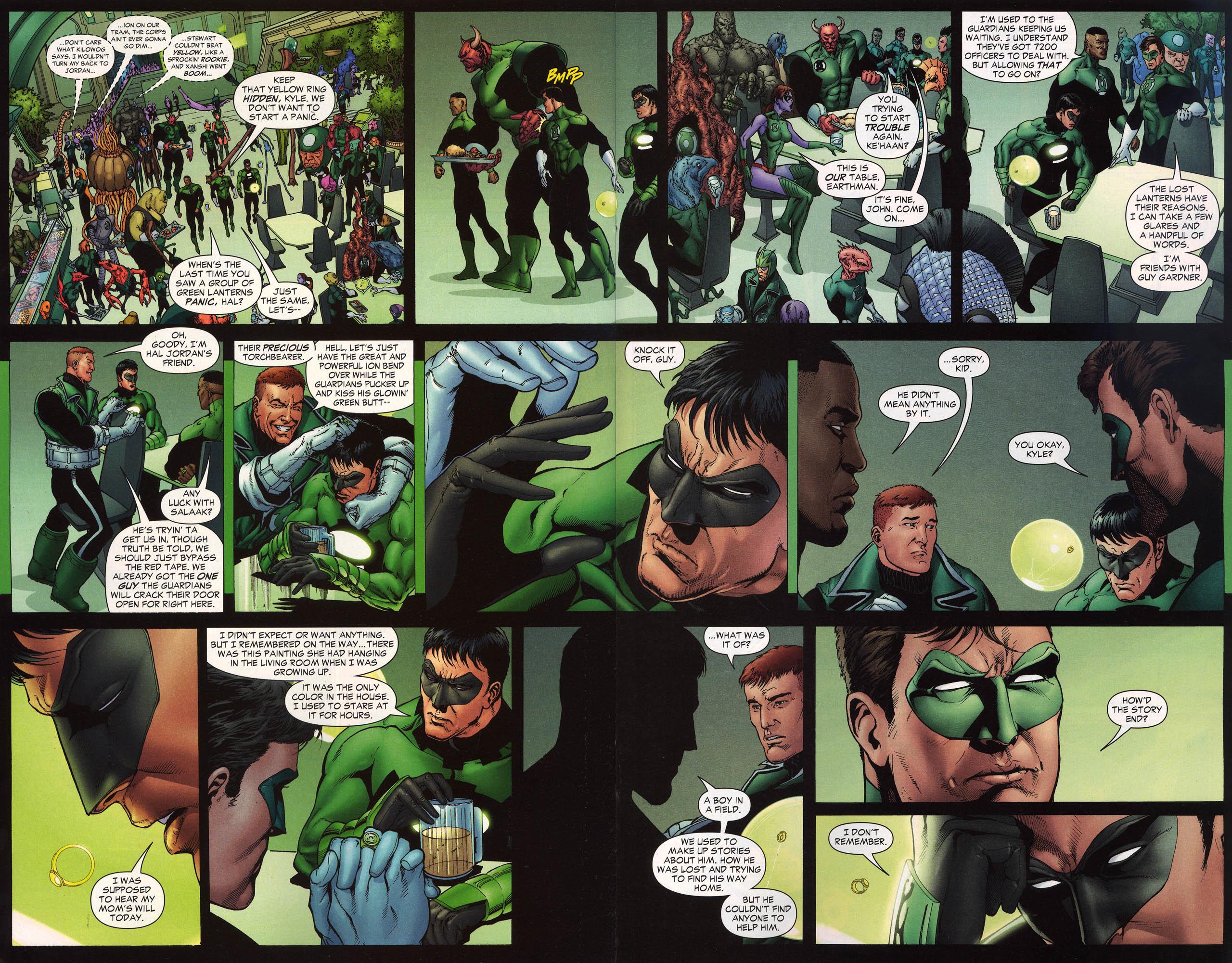 Over the course of this series it’s been apparent that Geoff Johns has been building up to something big, and this is it. Dave Gibbons has been similarly sowing the seeds in the Green Lantern Corps series, and that also feeds into The Sinestro Corps War.

The final section of Wanted: Hal Jordan saw assorted foes spirited away after the arrival of a yellow ring, simultaneously informed they’d been inducted into the Sinestro Corps. As Sinestro is Hal Jordan’s oldest foe, utterly ruthless, and with a considerable lust for vengeance against the Guardians of the Universe, this isn’t good news for anyone. Sinestro had previously been characterised as an out an out villain, but this is now modified to an agenda of reforming the Green Lantern Corps to embrace the fear they’ve always sought to eliminate. Others within Sinestro’s Corps have differing priorities.

We begin with more recruits, a surprising transformation, Green Lanterns being murdered across the universe, and an ethical crisis among the Guardians of the Universe. From there we move into staged dramas such as Hal Jordan once again confronting Parallax, occasional weak attempts to draw parallels with our society, and, primarily, all-out war all over the galaxy.

The Sinestro Corps War was very well received when published as monthly comics, and it’s apparent why. This is superhero science fiction on an ambitiously epic scale, delivering what even a superhero movie can’t. However, it loses some gloss as a single collection. A sense of desperation is sustained, but conflicts in so many locales with so many participants and no contrast induces detachment. A collection also highlights repetition, with sequences duplicated too often. A Green Lantern in mortal danger only to be saved by a swarm of colleagues as the page turns is an over-used trick. The better material throughout is when we pull back from the constant blood and thunder to more personal concerns, such as the youth of Sodam Yat, well written by Peter J. Tomasi as contrast to a one on one battle only he can fight. Other background material can be found in Tales of the Sinestro Corps, the content of which might have been better seeded between chapters here to provide perspective and a variety of mood.

The majority of the art is pencilled by Ivan Reis, Patrick Gleason and Angel Unzueta, who supply an appropriate sense of scale and spectacle, never stinting on background detail or cast, but in Reis’ and Unzueta’s case this results in clutter, pages where there’s no certainty as to the focus. Later chapters broaden the artistic contributions, with Ethan Van Sciver the best of them.

By the conclusion much has changed. The groundwork has been laid for the spectrum of ring bearers that will later emerge, and for crossovers Blackest Night and Brightest Day. Those who’ve followed Green Lantern over the decades might be less pleased with a fundamental alteration to the lore now permitting the ring bearers to kill. The next books are Green Lantern: Secret Origin and Green Lantern Corps: Ring Quest.

It’s also worth noting that The Sinestro Corps began a blight that swept through the assorted Green Lantern series. Here the entire story is presented within a single book (or previously two), but post ‘New 52’ crossovers were continual and didn’t meet that criteria.

Prevailing opinion would disagree with this review, and the tale remains regarded highly enough to have been accorded a sumptuous oversized hardback and slipcased Absolute edition. It’s also available in that format within the first volume of Green Lantern Omnibus by Geoff Johns. 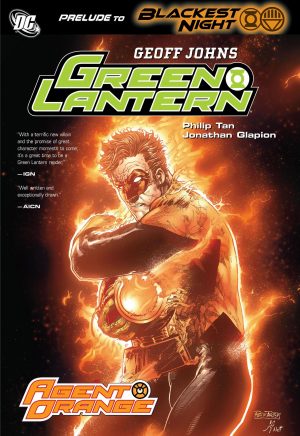 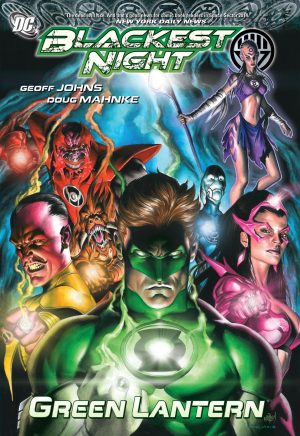