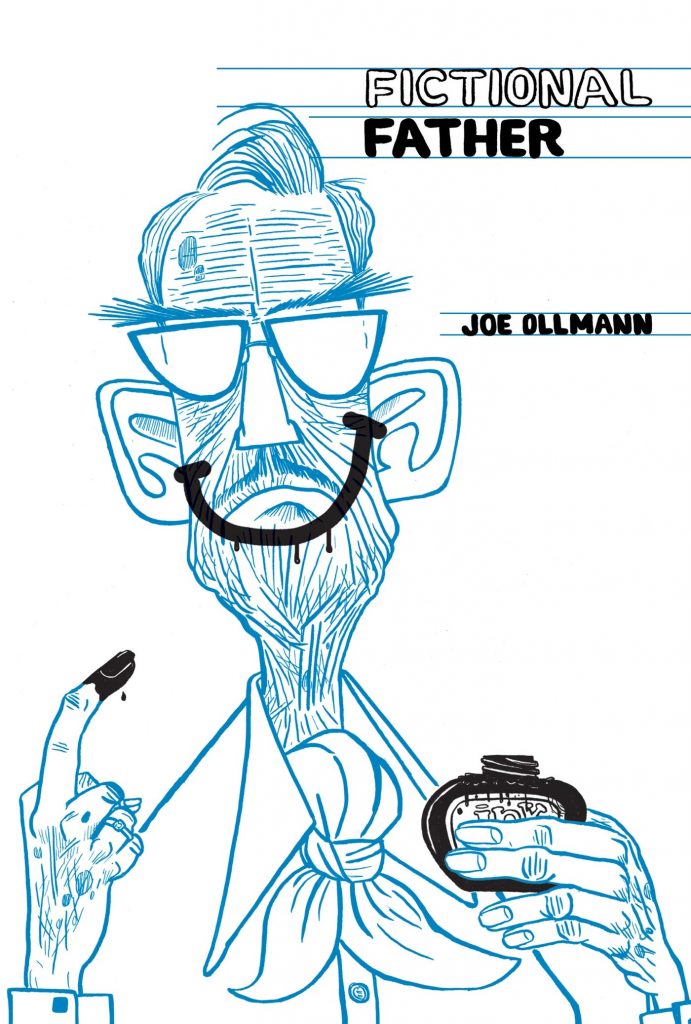 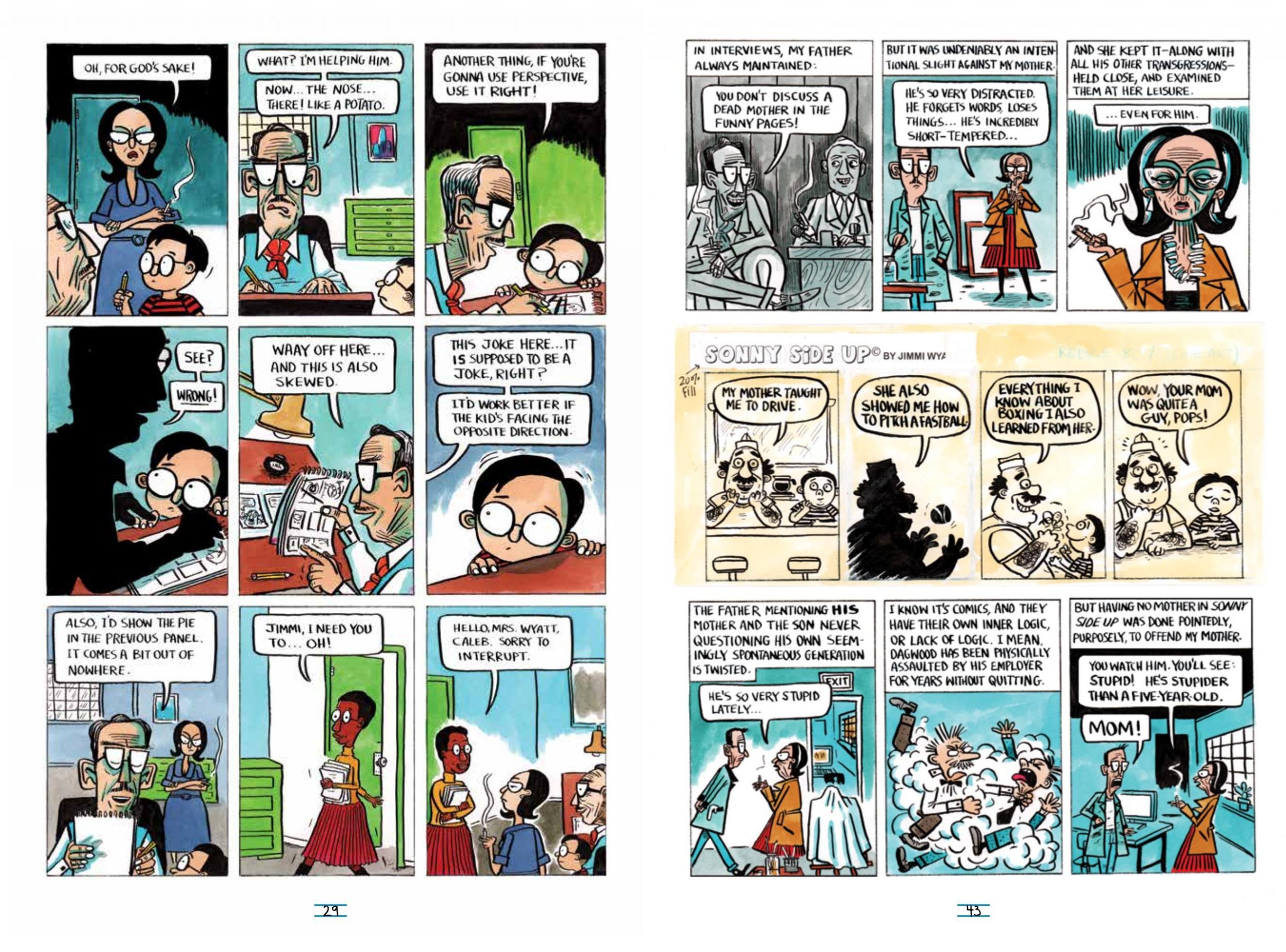 A good indication of both Joe Ollmann’s style and neuroses is an endearing introduction where he talks about the idea behind Fictional Father with various people aware of other novels and graphic novels examining a strained relationship between father and son. He’s not convinced by comments that his own view is valid, but we should be grateful he persisted.

Caleb Wyatt grew up with everyone loving the newspaper strip his father produced, Sonny Side Up, which detailed the cute and humorous relationship between a father and the young son he doted on. Life wasn’t like that for Caleb. In reality the only time Jimmi Wyatt was close to his family was when a photo opportunity came around. Over the first dozen or so pages Ollmann provides a vivid portrait of Cal in the present day, a recovering middle aged alcoholic who has a complex love/hate relationship with his father. His father’s money pays for a privileged existence where he lives on the family estate pretending to be a painter and putting in time online searching out memorabilia connected with his father or the strip, yet decades of festering resentments eat at him from within.

We only briefly see the present day Jimmi, but the picture painted of him over the years is of a selfish, cantankerous, unfaithful parent whose contrast with the loving father of his comedy strip couldn’t be greater. Ollmann sifts Sonny Side Up strips through Fictional Father, largely to contrast the way Jimmi’s behaving at the time, which is one of many nuanced touches. Ollmann’s deeply considered the associations of a famous cartoonist, down to the merchandise being taken into space, but considered even more deeply what it must be like to be a celebrity’s offspring. Leafing through a bound edition of Sunny Side Up Cal’s able to correlate the better strips with actual family relationships at the bottom of the barrel. He’s self-centred and entitled while desperately attempting to distance himself from his father, yet recognises the similarities, and his boyfriend’s not shy of calling out bullshit.

Eventually there is an opportunity for Cal’s redemption, a chance to prove himself, and despite Cal being a dislikeable person, Ollmann’s skill ensures there’s still something indefinably sympathetic about him, a loser’s veneer that makes us want him to pull through. Perhaps it’s because his possible fate is always hanging over him, reflected by the person he sponsors for Alcoholics Anonymous.

Also noteworthy is that after a long career producing black and white comics, and we learn a reason for that in the introduction, Fictional Father has Ollmann switching to colour art. It’s partly meant to reflect the remnants of a past world and is jarring at first, but a surprisingly textured brightness marks it out as very different from the today’s universal digital grading.

Perhaps the highest compliment Ollmann can be given is that he creates such a convincing and fully rounded character in Cal that there’s a fair chance readers will check how far the circumstances reflect his own life. They don’t. For that see portions of Mid-Life. A self-deprecating ending seals the deal for a compulsive read with great cartooning. 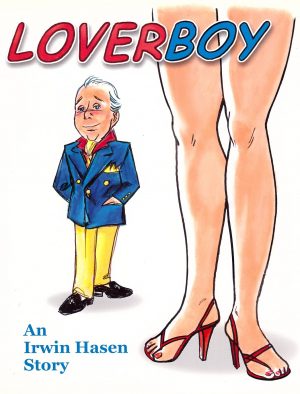 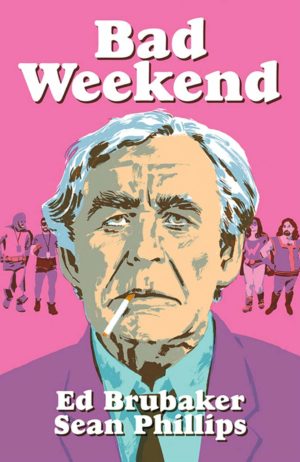 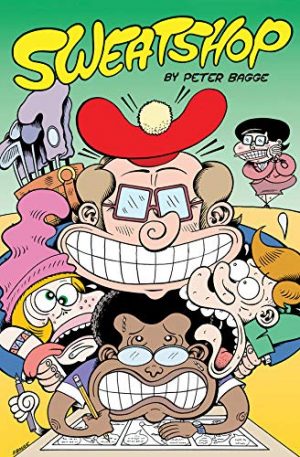 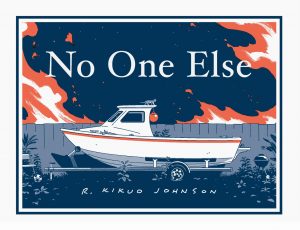