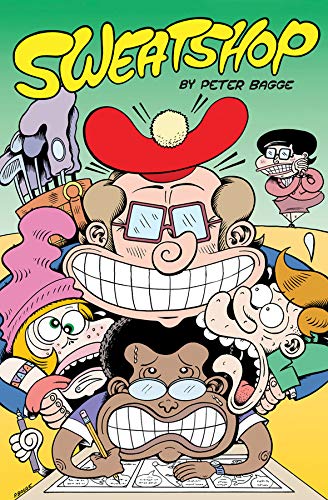 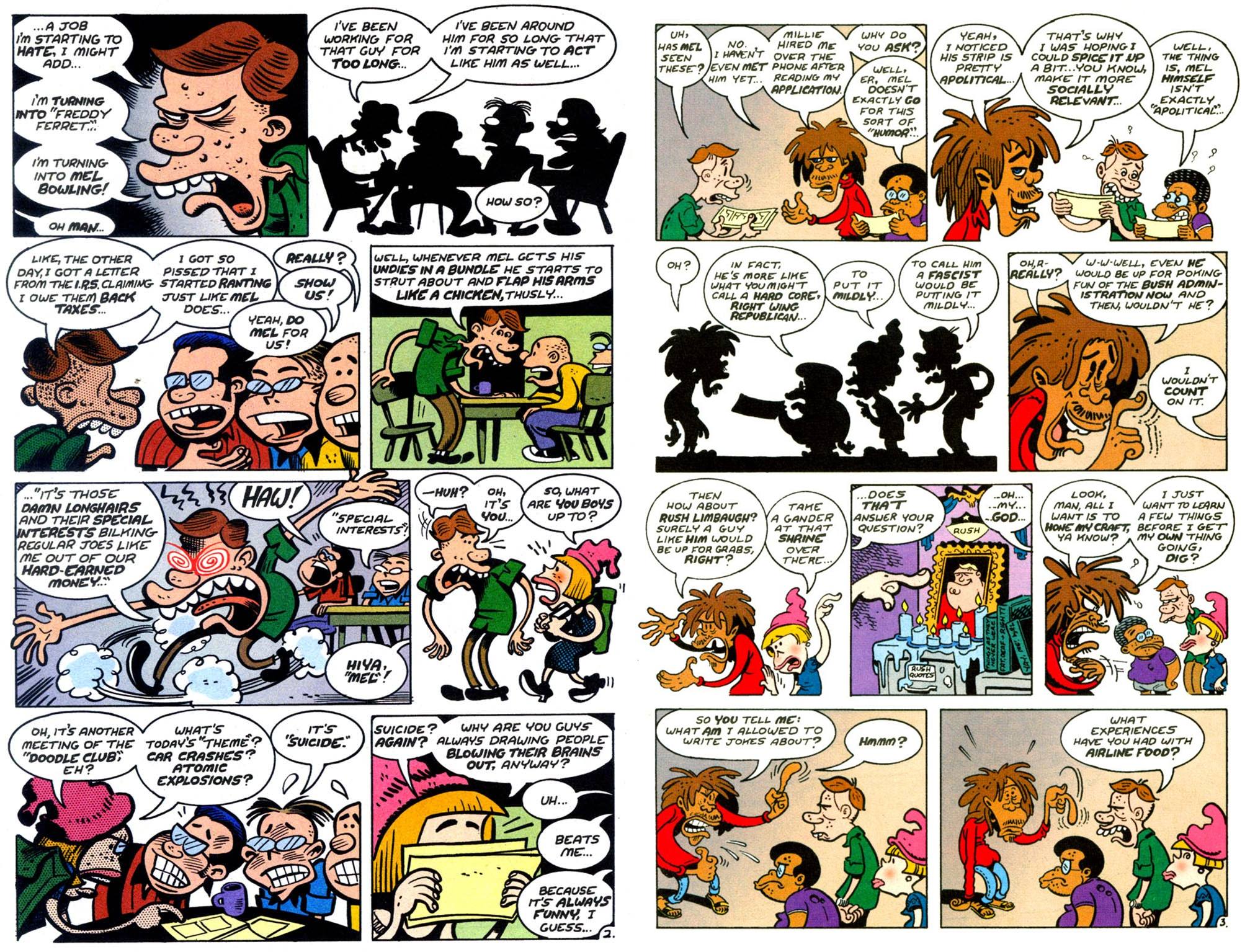 Mel Bowling is a newspaper strip cartoonist whose mediocre Freddy Ferret has run for inspiration-free decades. He barely contributes anything himself, just providing the feeble gags, most of the work being carried out by a pool of young ‘assistants’ in a studio run by Mel’s sister, hence the Sweatshop of the title. They’re all able to see Mel for the self-entitled reactionary he is, a monstrous creation from Peter Bagge, but each of them sticks with him for their own reasons.

What prevents Sweatshop from being a one-note joke is Bagge building a fully rounded supporting cast and revealing surprising sides to Bowling. A lunch with his two African-American assistants is one appalling stereotypical assumption after another on Mel’s part, yet when Alfred and Elliot are knocked down by an unrepentant skateboarder Mel is outraged that anyone would treat his staff like that. The assistants each harbour their own ambitions, revealed via the samples from comics they draw. Alfred wants to work on superheroes, Carrie’s pages are confessional, Elliot’s interested in social politics, and Nick’s a gag man.

It took twelve years before Sweatshop was issued as a graphic novel, and what’s surprising is how a 21st century strip is already dated, with some comments, about manga in particular, almost as reactionary as Bowling. While it’s polished sitcom with a high gag ratio, there’s also the thought that it’s something Bagge contrived as a satirical commercial project that just about fitted with original publisher DC, rather than anything he really invested in. Overall, it lacks the bite people were used to from Bagge back then, but maybe passing time has heightened the polish. At least the good-naturedly caricatured comic celebrities of the era have largely stood the test of time.

Of course, Bagge’s art disguises much of that. His gift is designing ordinary looking people that he then stretches into grotesques with gangly limbs and wild expressions (sample art left). In a bizarre echo of the premise, though, he actually draws little of the book, hiring others to draw his scripts broadly in his style. Stephen DeStefano provides the other sample page, and almost everyone else to some extent imitates Bagge. The exception is the adaptable Bill Wray, who draws all strips by Mel’s studio assistants in an assortment of styles.

Because Bagge’s good, at its best Sweatshop supplies smart observational comedy, but much is gentle sitcom material, such as Millie helping Alfred self-publish, or Alfred and Nick’s lack of social skills when dating. If you enjoyed Sweatshop in 2003, you probably still will, but it’s difficult to imagine a younger audience flocking to it.