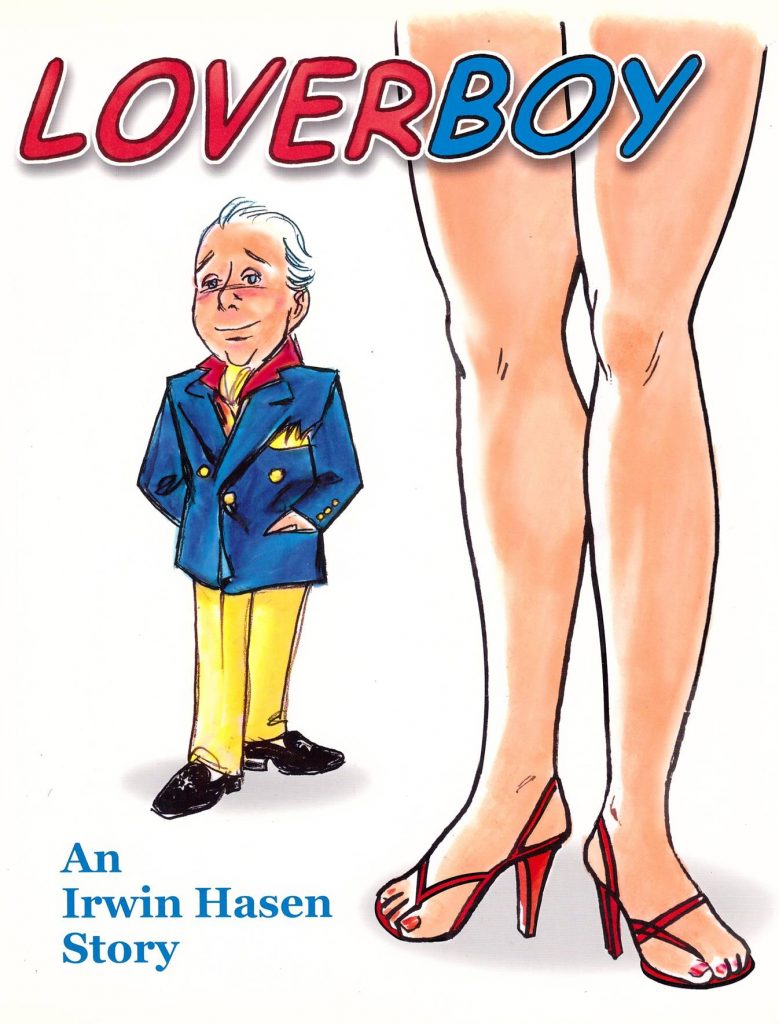 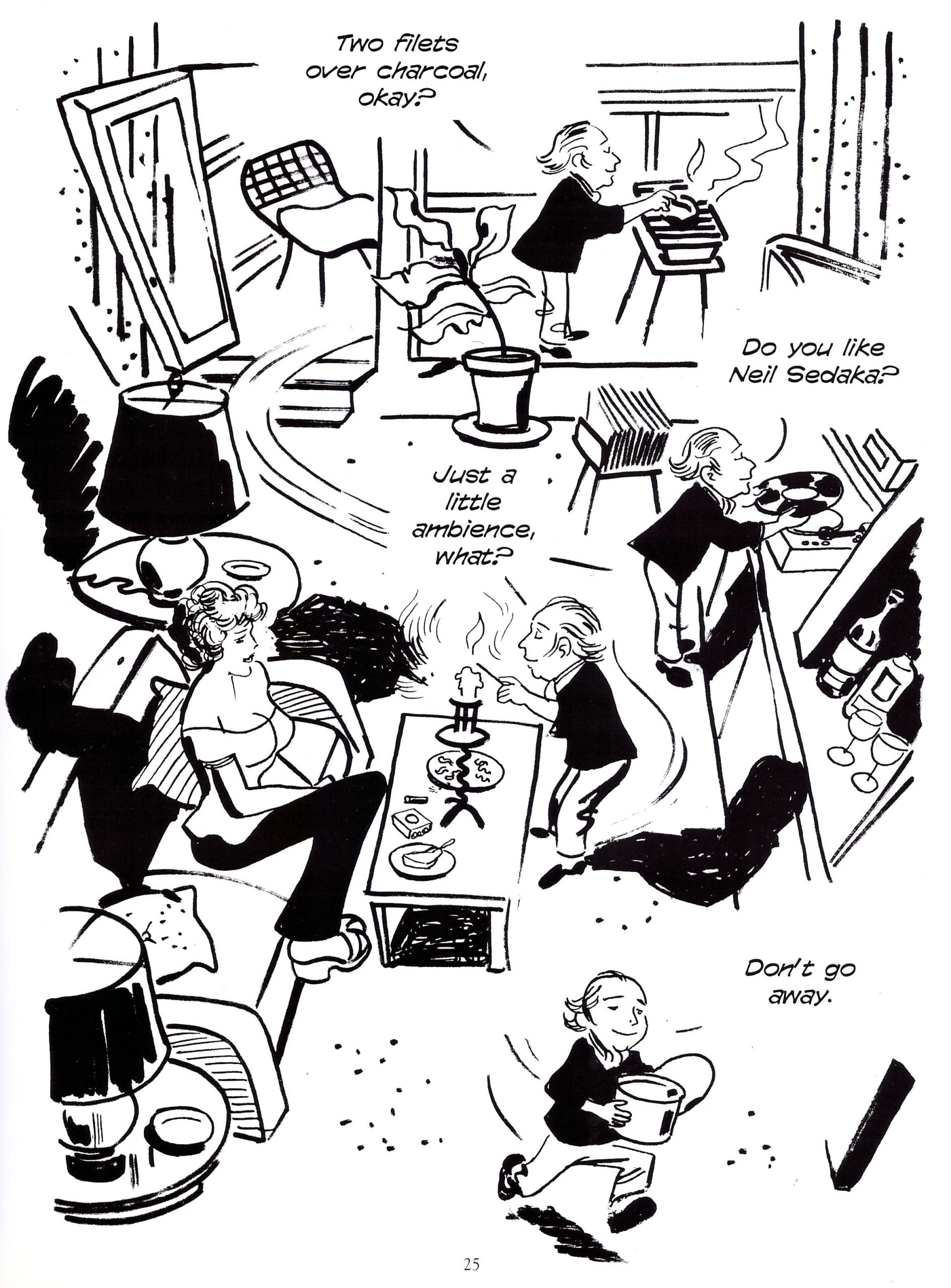 Irwin Hasen drew comics for DC in the 1940s, but is best known for being the artistic co-creator of the Dondi newspaper strip, which ran for over thirty years from 1954. Loverboy is considerably removed from the cute little orphan boy who also spawned a film, being a strange combination of self-analysis followed by 26 pages of autobiographical text and a few eulogies to dead strip cartoonists.

When Loverboy was published in 2009 Hasen was 91, although the title strip has the look of something prepared decades earlier. Photographs show Hasen as a short man, yet he’s always attracted to tall voluptuous women, in the memoir section idly wondering if this was stimulated by drawing Wonder Woman as a young man. The Hasen portrayed here is no longer young, picturing himself wearing 1960s lounge suits and cravats as he begins another relationship with a glamorous woman considerably taller than he is. Even her teenage daughter is taller. Hasen exaggerates to some extent, varying his size in different situations for comic effect, as he runs through the ups and downs of his passion, and he’s a tidy cartoonist, elegantly capturing an essence or a movement.

Hasen’s adopted style for self-analysis is a reductive version of Jules Feiffer’s 1950s strips, with connected illustrations placed on a page without panel borders, rarely more than three to a page, which makes for a very rapid read. However, this is also because Loverboy doesn’t actually have a lot to say. Hasen is puzzled that Eevie won’t ever say she loves him, yet she’s only referred to twice by name in almost ninety pages, just once by Hasen, and while jealousy, regret and other powerful emotions are introduced, it’s only ever superficially. The memoir sections prioritise tales involving women, mythologising alcohol or noting famous people Hasen’s met, and an entire spread of eulogies to them follows, one unremarkable anecdote after another. By the time Hasen begins referring to himself as the Silver Fox patience is wearing thin. The final pages are a series of conversations with dead relatives, sitting at their graves, a strange public airing of long held resentments.

From the title and opening scenes of Hasen cavorting with naked women onward Loverboy transmits as an author attempting to control his legacy with posterity in mind. It’s actually a far more interesting project for what Hasen doesn’t realise it reveals, than for any anecdote about bumping into Johnny Carson on the beach after the 1962 Miss Universe contest.