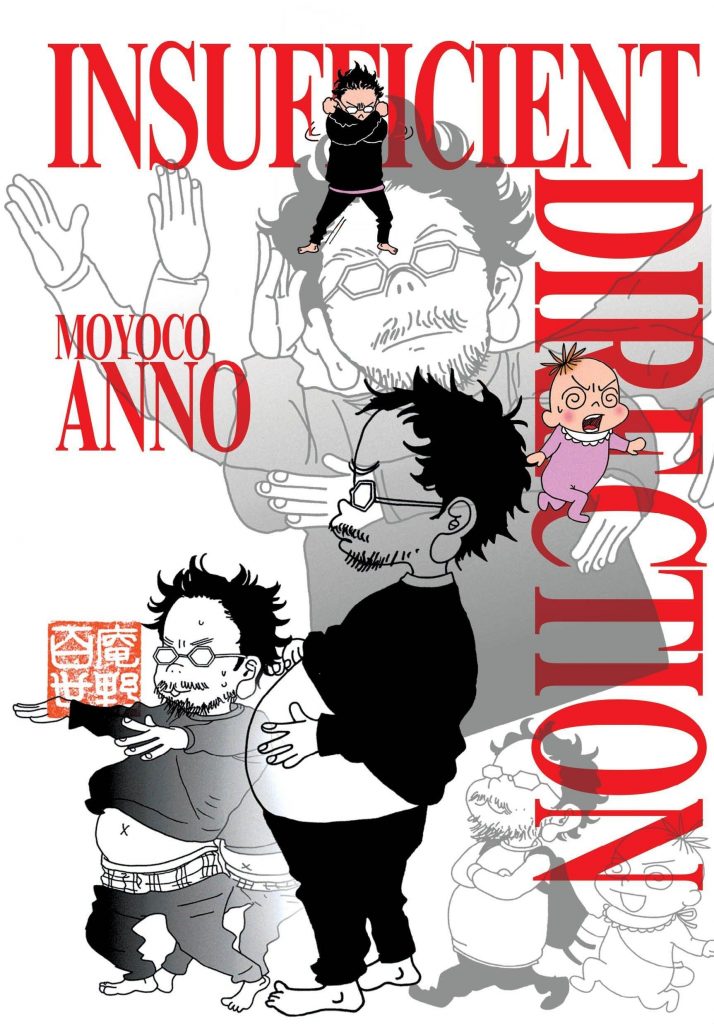 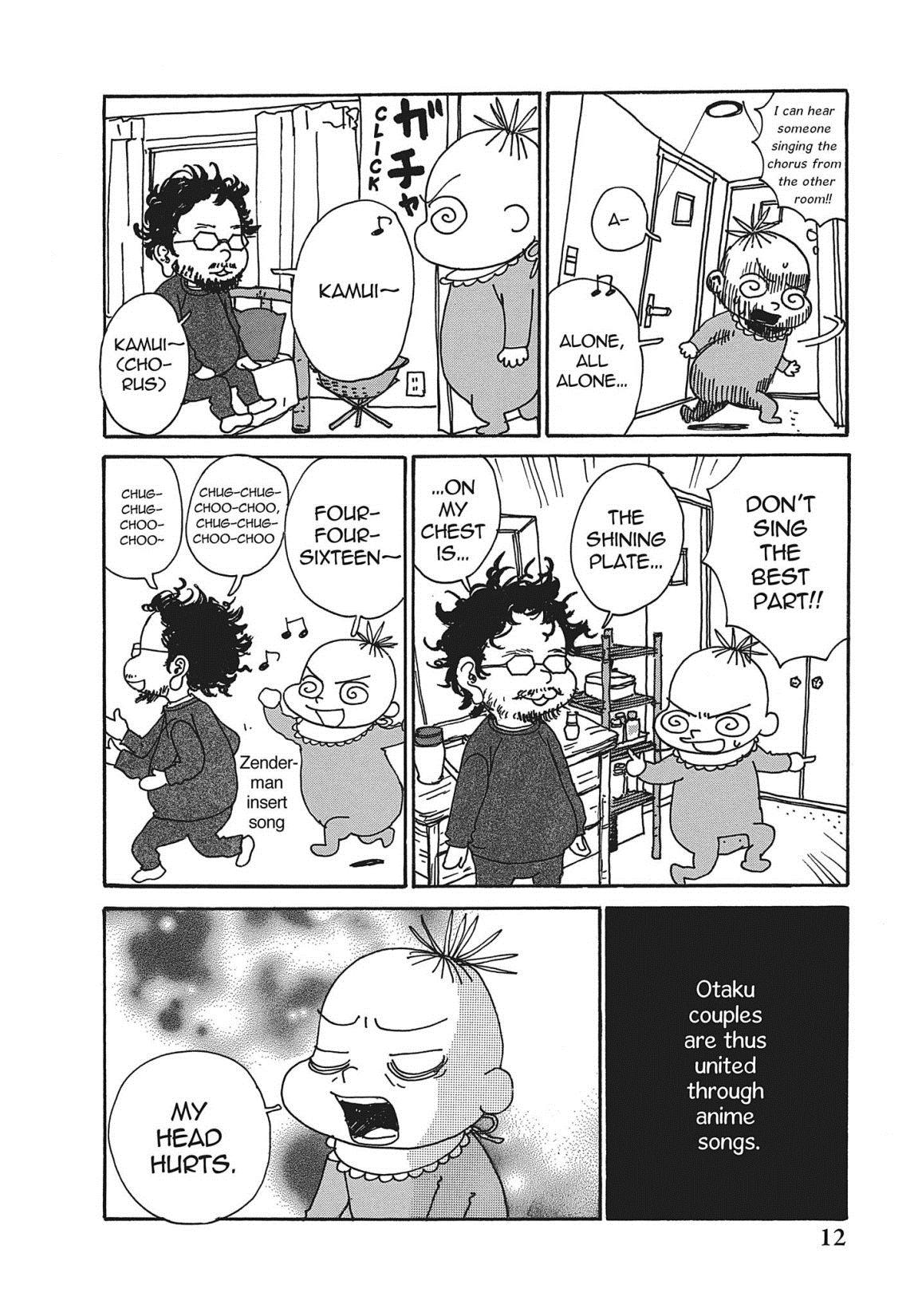 Insufficient Direction is Moyoko Anno’s autobiographical explanation of her relationship with her husband Hideaki Anno, renowned throughout Anime culture as director of Neon Genesis Evangelion in the 1990s (and much since). It sounds relatively straightforward, but is actually anything but, as decoding the playful relationship requires extensive knowledge of both Japanese culture and anime. The core market for Insufficient Direction outside Japan will have this knowledge, but any curious casual reader intrigued by an animation director’s biography will be rapidly scratching their head. This is despite the extensive thirty pages of annotations Vertical supply, causing the uninformed to stop reading almost every other panel to consult it for an explanation of some unknown reference.

Anno is an accomplished manga creator with a track record herself, and takes a tongue in cheek approach to the entire project. She depicts herself as a demanding baby in a romper suit, while drawing her husband as an adult, but also with the whimsical tendencies of a child, labelling him “director-kun”. The crux of the early chapters amounts to her struggles to become what she believes is expected of her. She’s determined to immerse herself in her husband’s obsessions, to become an otaku girl. The depiction of the couple as almost exclusively seeing the world in terms of anime culture and constantly referring to it will be either pleasing, for fans, or puzzling for adults without any great interest. How many wives would consider it acceptable for the their husbands to buy snack food by the crate in order to ensure a complete collection of the accompanying plastic toys?

Simple, charming and elegant art goes a long way to compensating for the obscure references, with Anno gradually becoming accustomed to the way her husband is, while still embarrassed about how the outside world sees them. One occasion is when celebrating their wedding anniversary at an exclusive restaurant it’s apparent that the valet parkers realise they listen to CDs of children’s anime tunes in the car. However, the embarrassment isn’t enough to prevent Anno relating the anecdotes. Interestingly, an element core fans will surely be crying for is entirely absent. Any mention of work is in passing, merely an adjunct to Anno instructing her husband’s office manager that he’s only allowed takeaway pizza once a month. That’s also connected with Anno’s revelations confirming what we all suspect of those too obsessed with anything, and she presents continuing disclosures concerning poor diet, poor hygiene and frequent health problems, possibly related. The feet of clay couldn’t be any more pronounced, and perhaps that’s the purpose. Certainly director-kun himself offers a glowing testimonial in his afterword. While acknowledging that it might be difficult to do anything but if you’re famous and your partner has produced a book, Hideaki goes beyond the call of duty, and his afterword is an interesting complement to the preceding strips.

Insufficient Direction is funny in places, and always charming but not a book that translates well culturally, which was never the intention. Anyone already immersed in both Japanese and anime culture will regard this a far more worthwhile read.