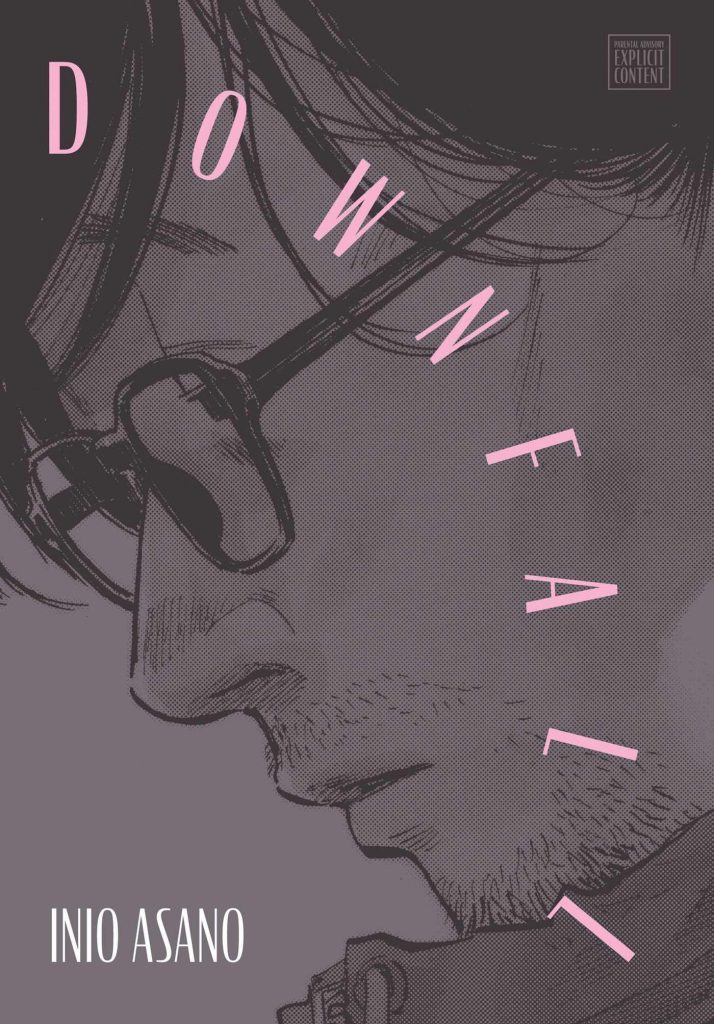 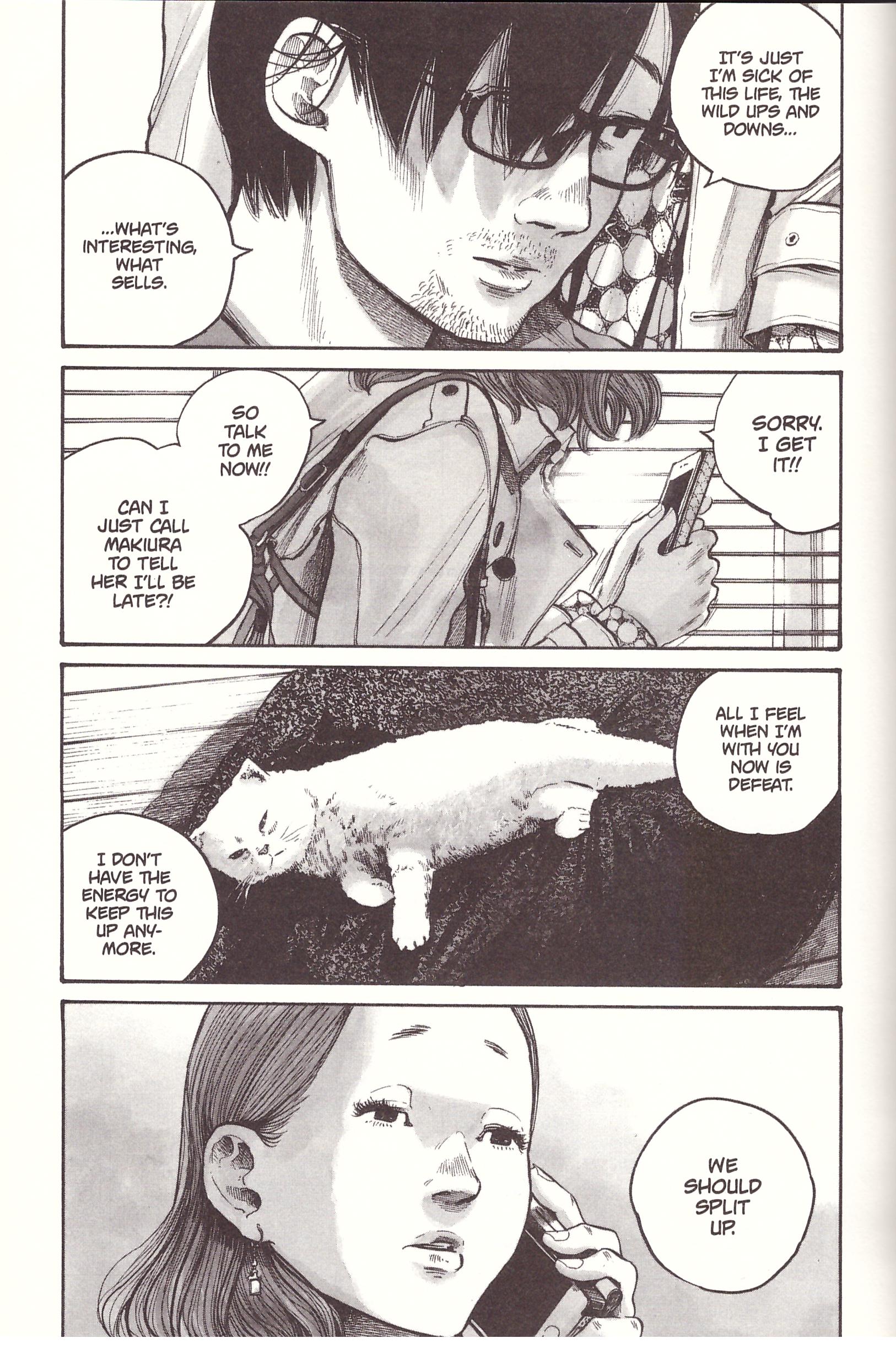 Two widely held maxims apply to Downfall’s protagonist Kauru Fukazawa. The first is being careful what you wish for, and the second is that the surest way to destroy your enjoyment of anything is to work in the industry. We meet Kauru via a brilliantly conceived five page colour sequence introducing the otherwise monochrome Downfall, defined by his then girlfriend. She’s prone to elusive statements, but while Kauru notices, he doesn’t question, being obsessed with creating comics. Inevitably, she leaves him, and he mentions never seeing her again. Ten years later he’s married to a comic editor and seemingly a success, his series just finished. That’s an illusion. The series dropped readers before the end, and Kauru, always serious about his craft, has no idea what to do next, but is beginning to suspect the type of story he wants to produce isn’t commercially viable and his audience won’t move with him. Now he has more time to spend with his wife she’s still super busy, and the way the business works is dragging him down.

Whether airing his own resentments or portraying Kauru as just unsuited to working in a field where the basic talent is only the minimum demand, Inio Asano certainly doesn’t hold back on criticising his own industry. Yet there’s an also an acknowledgement of a certain type of person, being work obsessed, and never considering the wider world. Asano develops this theme with longer sequences and small, subtle moments, such as Kauru seeing a bunch of graphic novels discarded by someone else, thankfully none of them his, or a friend being surprised that Kauru was thoughtful enough to bring a gift for his son when visiting. Bleakly funny is the descending scale of responses all the way down to the voicemail message as Kauru attempts to contact his editor over a year. The thought Asano applies is apparent in other small aspects also, the way he’ll twist a trivial moment away from expectation, and that’s what he does with Downfall overall. It turns out to be a success story, just not in the way anyone would expect.

Asano’s writing has a very precise and mannered quality, a sort of Manga Ian McEwan, and his art has the look of every single line being given consideration. There’s very little spontaneity, but page after page of heavily photo-referenced scenes where every branch on a tree has been copied, along with every smudge on the paving. It efficiently creates a world of conformity for Kauru, while building a portfolio of stunning images.

Asano seems to have set his stage out with those opening five pages, during which Kauru’s girlfriend says she won’t read his comics any more as they’ll reveal too much about him. In Asano’s terms that’s pretty well a neon sign about Kauru being his inner voice screaming against the treadmill. He’s extremely well defined, someone it’s possible to warm to and be enraged by a few pages later. Everyone has moments of self-pity, but Kauru makes an artform of it, his burnout defining his life, which is actually everything he planned it to be a decade earlier.

There’s little comfort about Downfall, which presents what the title suggests, with Asano a major contributor to it, but it is a dark meditation on the pressure of work and the outlets that requires.