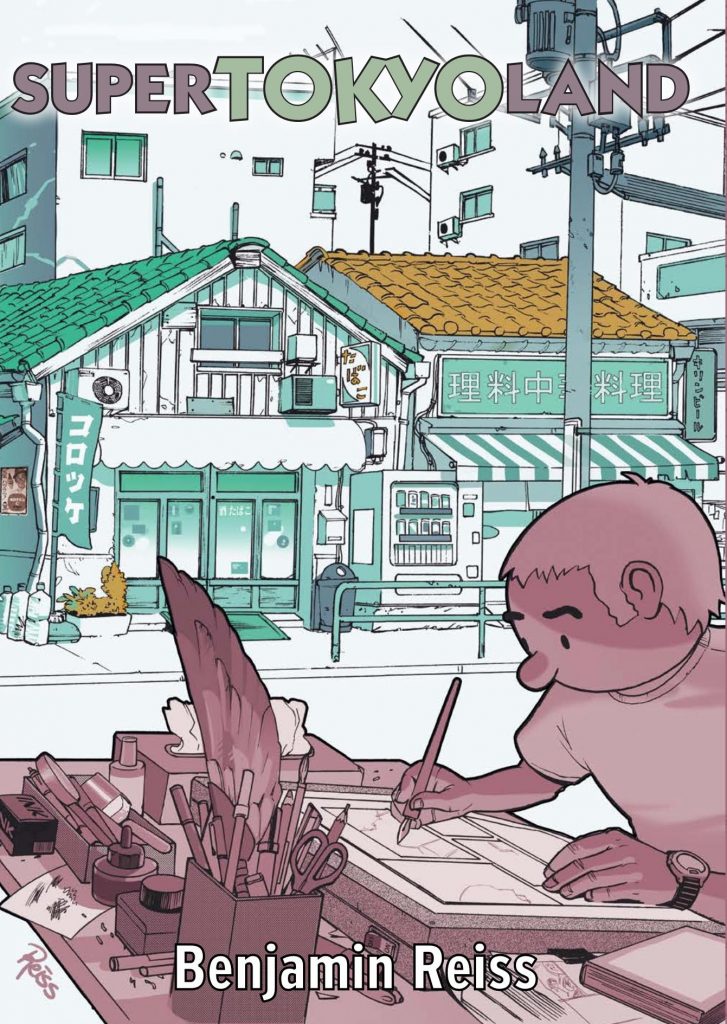 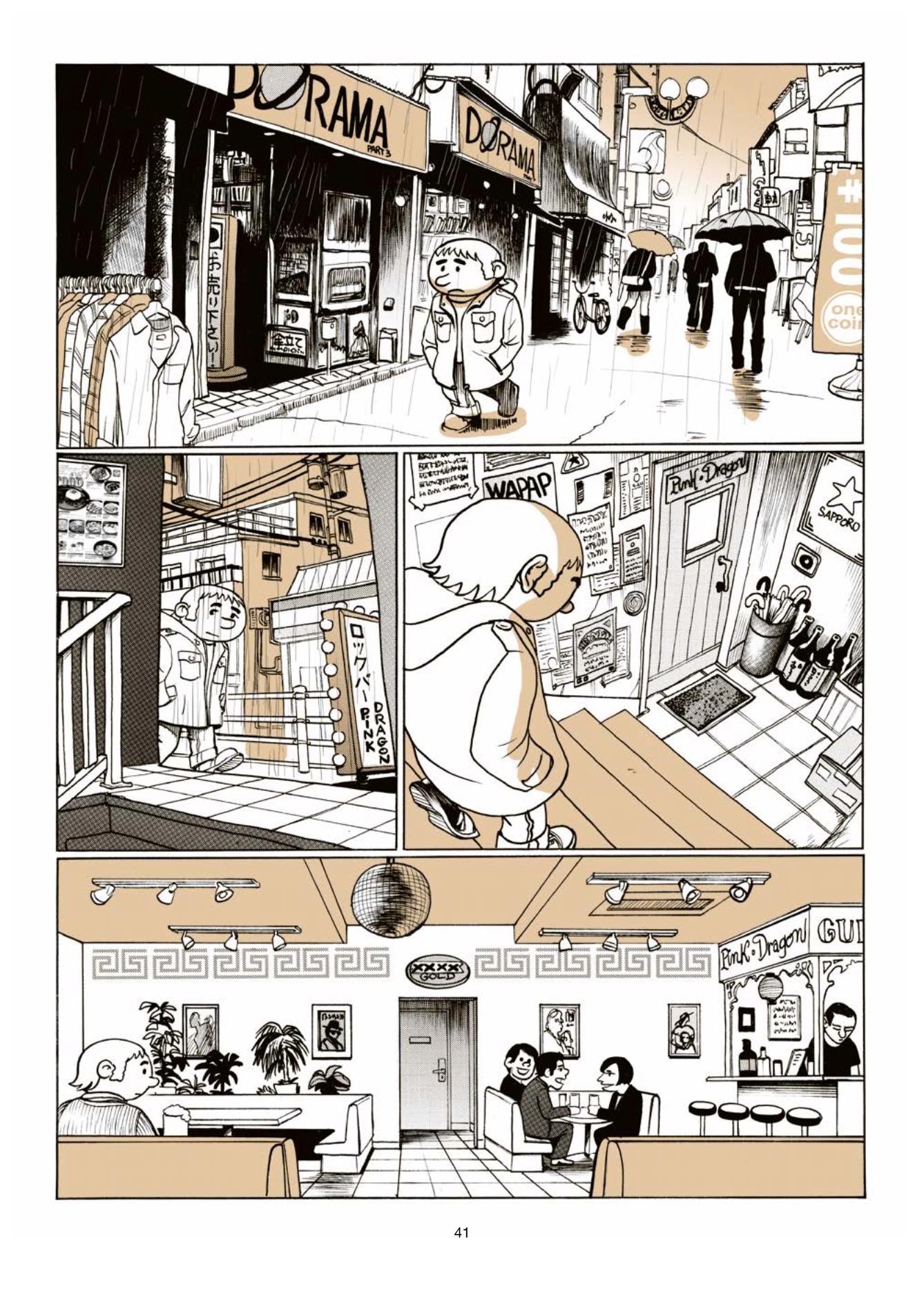 Benjamin Reiss’ six years in Japan are prompted by meeting a Japanese girl at a party in 2000 and talking to her the entire night, much to the displeasure of his girlfriend. Theirs is a failing relationship, and when he bumps into Kayoko again their time together in Paris is romantic and friendly. When she returns to Tokyo, Reiss promises to follow when he can. In 2002 when he does, however, she’s nowhere to be found, and the chances of him finding any kind of job look very slim indeed.

Reiss has a very detailed and super adaptable cartooning style that works for what are primarily day to day scenes. It’s surprising at first when he slips into an equally tidy manga style, requiring more black ink lines and defining the people more realistically. It’s also used for locations around Tokyo when Reiss is wandering the neighbourhoods, resulting in some really attractive snapshot panels. Shortly afterwards Reiss reveals that desperate for a job he signed up as an assistant in a manga studio, and had to learn to adjust his style very rapidly. It’s a versatility that serves him well here as he later switches briefly to several other different styles of cartooning to incorporate specific parts of the story, generally featuring others.

To begin with there’s a feeling that Reiss is a little too leisurely with his pacing, but it does mean the joy of seeing more art. As Super Tokyoland continues so does the leisurely pacing and it’s absorbed as Reiss’ natural method of relating his experiences, which are observational and discursive. Another of his jobs is monitoring teenage French students studying in Japan, and we learn about them, or Reiss will lapse into brief fantasies about people he meets or hears. He mentions how he likes just watching people go about everyday life, and along the way drops some great anecdotes. Ever wonder about hair transplants? “Under a general anaesthetic the surgeon takes a nice big piece of the head from the nape of the neck where the hair grows thickest. The gap is then stapled shut… For several months you have to live with your head held back”. Other recollections aren’t as gross, but for anyone who’s not been to Japan Reiss is surely enlightening about culture and everyday life, without ever slipping into generalisations, pulling up a fellow ex-pat for doing so. Space being at a premium is a recurring matter, with studios small and cramped and living accommodation likewise. Every Tokyo district has a public bath house as there’s no room for anything other than the basics in all but the priciest of residences.

The final stretch lacks the accessibility of the rest of the book, diving into deep detail about the life of assisting in a manga studio, its unreasonable demands and high standards. The preceding content provides the feeling of being alongside Reiss as he experiences life in Tokyo, whereas these pages come across more as personal diary entries with a reduced appeal. Possibly in deliberate reference to criticism he received in Tokyo, Reiss ends Super Tokyoland astonishingly abruptly. So abruptly that it diminishes the opening framing section, which is the way into the story. The ending deprives the opening five pages of any real purpose.

Still, 80% of what’s here is absorbing, and it’s all beautifully drawn, no matter what some Japanese manga artists might think. Time does matter. This is Reiss’ first work to be published in English, and it’s hoped more follows.