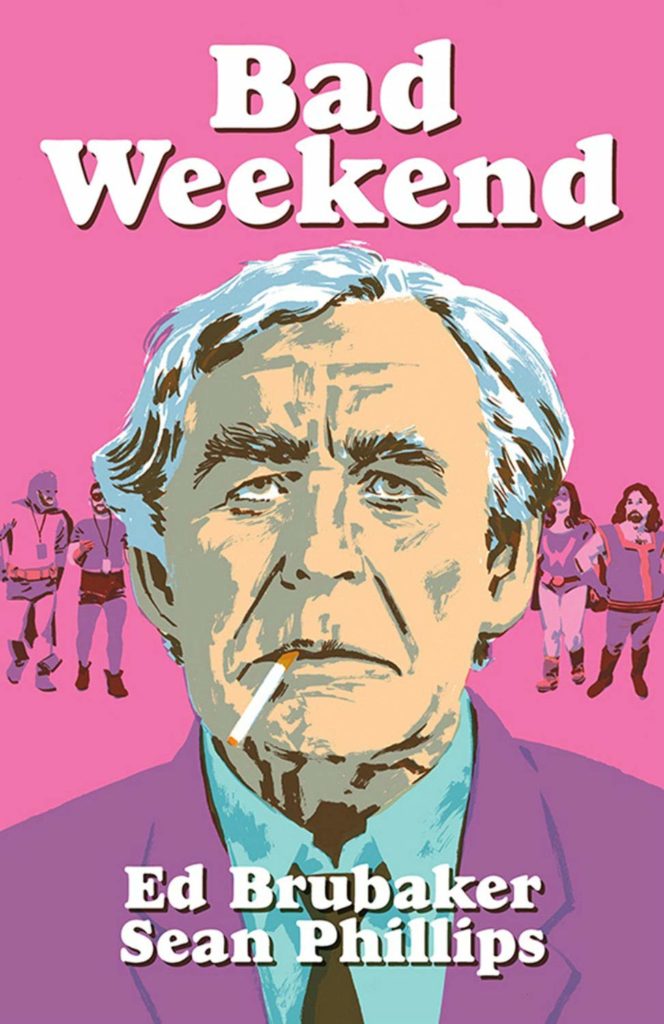 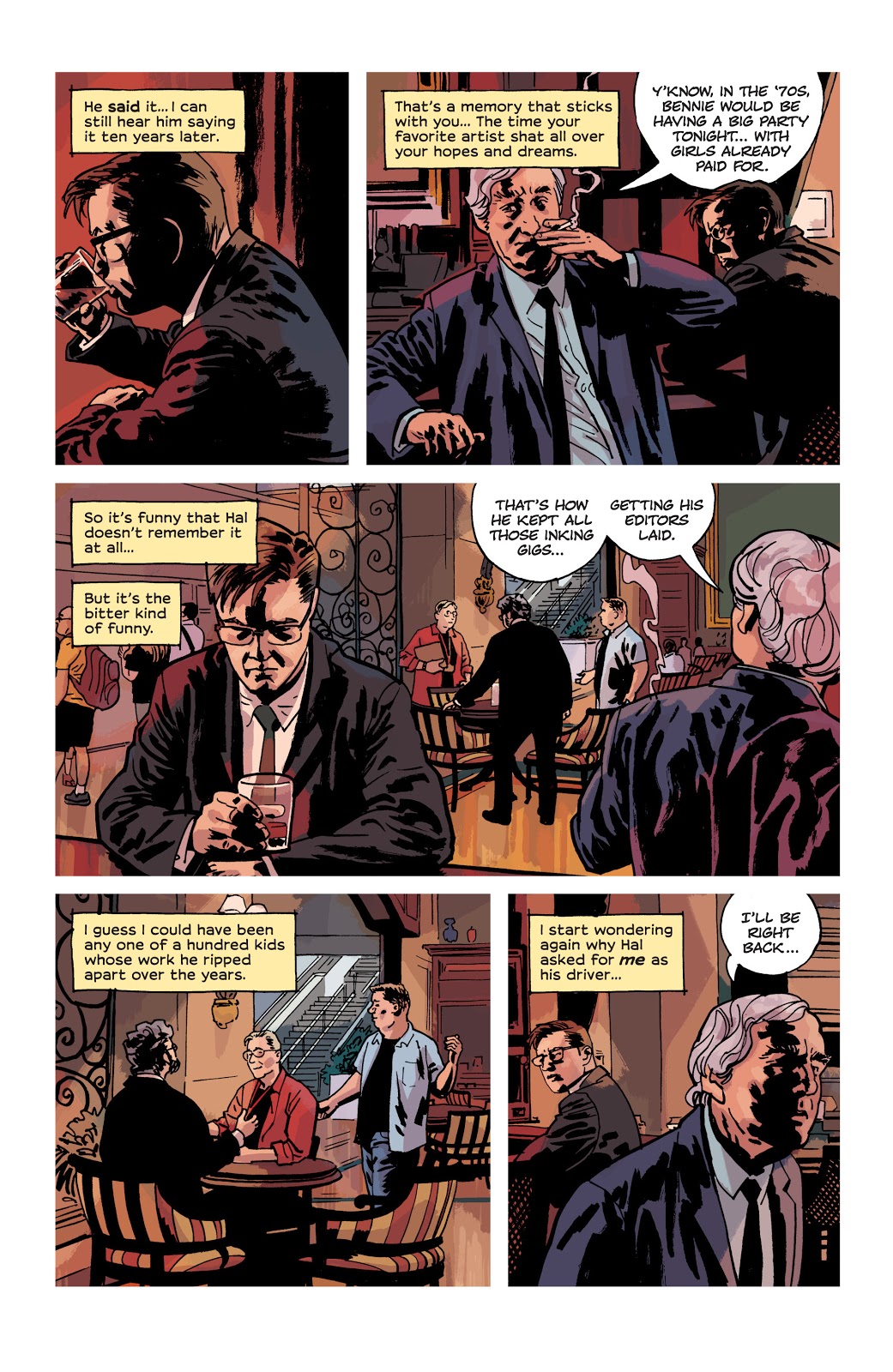 When the comics industry first cranked up in the 1930s shoddy practices were inbuilt, and any progress since has been slow and grudging. Ed Brubaker and Sean Phillips use that as the basis for Bad Weekend, in which Jacob Kurtz is appointed as minder for industry legend Hal Crane, a man with chips on both shoulders. He’s at a comic convention in 1997 to receive a lifetime achievement award, the truth of his life being that a prodigious talent runs parallel to a lifetime achievement of alienating everyone who ever employed him or admired his work.

Anyone who’s followed Brubaker and Phillips’ Criminal series has met Jacob before, most prominently when a little older in Bad Night, so he’s a known quantity, but Crane is a magnificent new creation. Brubaker bundles many shameful stories told about old professionals into Crane’s career, and some he leaves out are attributed by Crane to others in passing. The true wonder, however, is not in creating the physical marriage of resentment and spite, but humanising Crane, over the story making us understand how he became that man. At the same time he’s preparing us for the coming explosion.

Just as we’ve come to expect economy, precision and personality from Brubaker, we expect them from Phillips also, and the lurid cover notwithstanding that’s what’s delivered. Is Brubaker using a story reinforcing the elegance and work ethic of the old professionals to underline that Phillips has now been at their level for many years? Since he’s had the choice he’s always chosen projects demanding a lot from an artist, many hours spent hunched over the drawing board to create pages like the sample, where the location needs to be convincing, yet the eye skims over it and absorbs it in a micro-second.

Bad Weekend is a good reason for Brubaker and Phillips to have unshackled themselves from the Criminal title, as the crime is relatively low level, but the drama remains high.