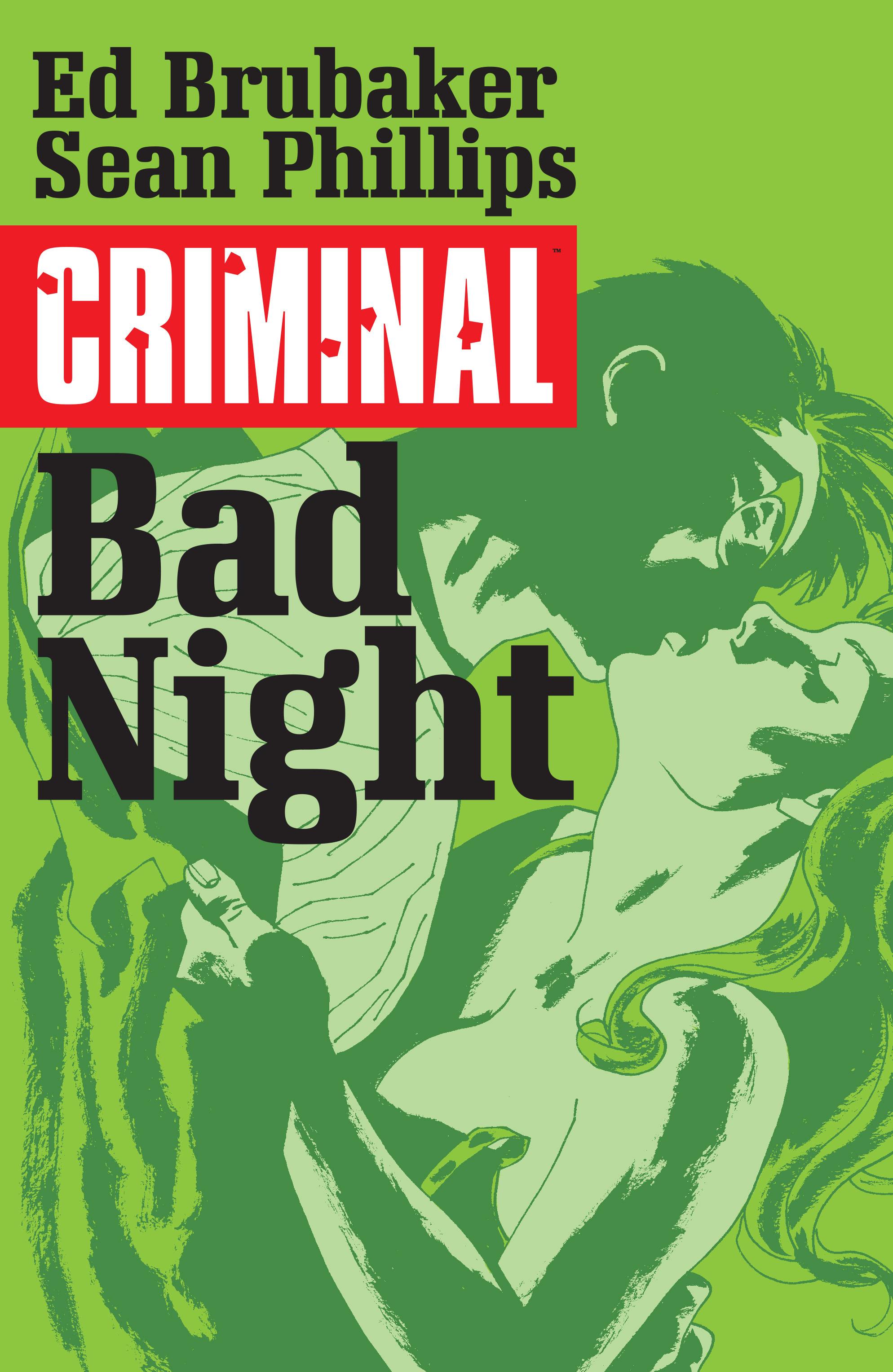 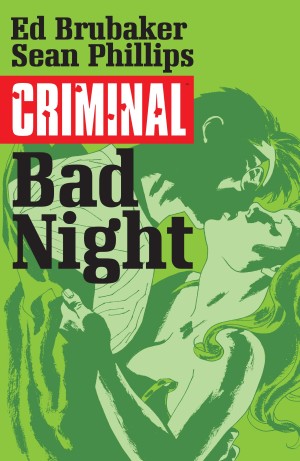 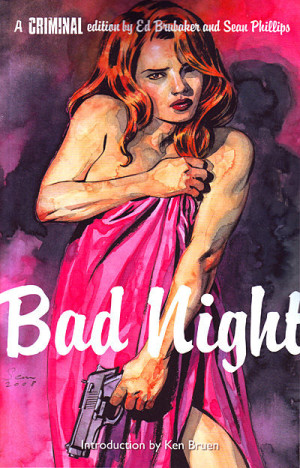 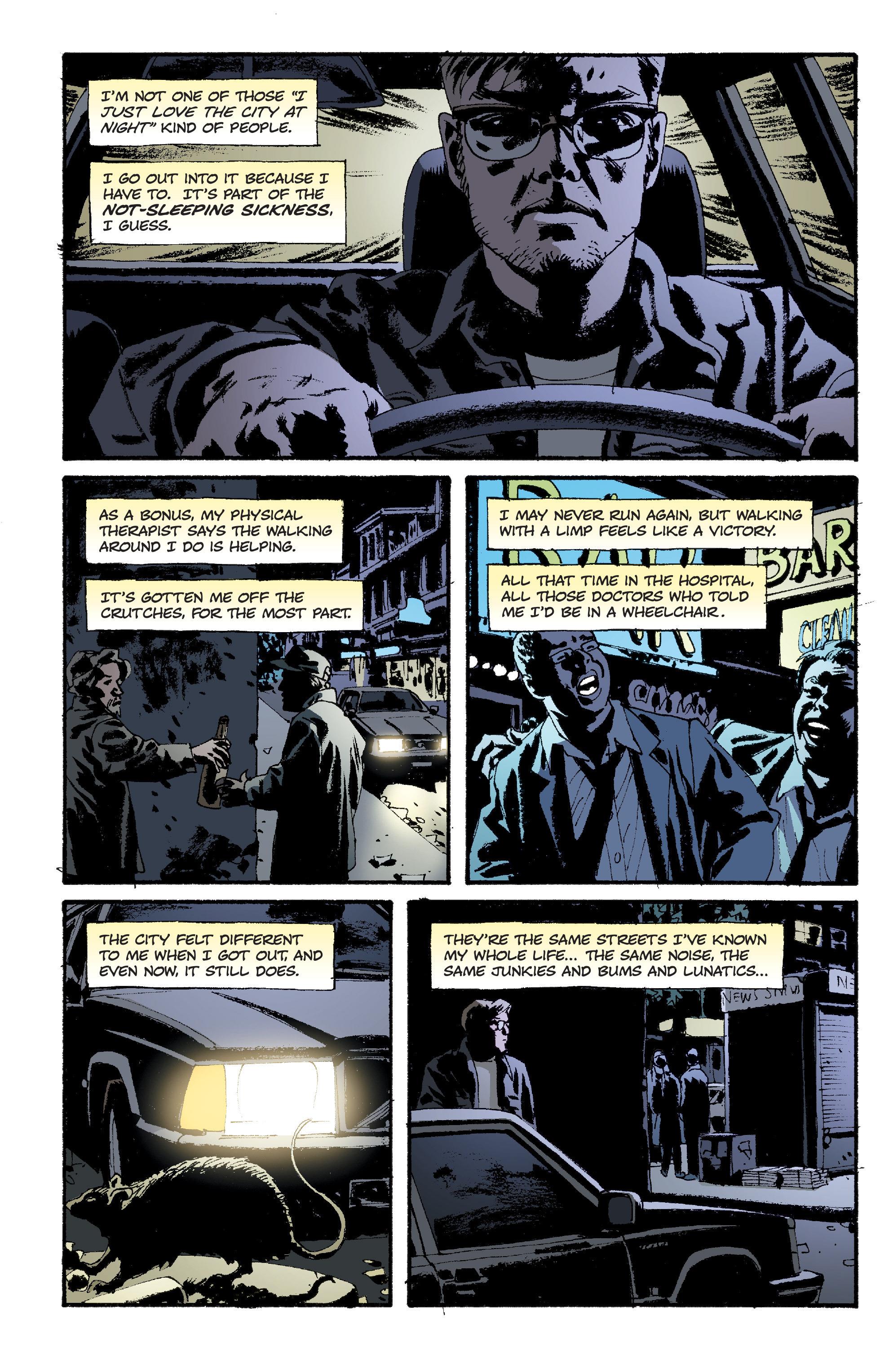 Nowhere is Criminal’s propensity to fold back in on itself to pick up on the most unlikely people or circumstances better illustrated than Bad Night. It’s perhaps not so surprising to see Jacob Kurtz again, last an unwilling driver in Lawless, but the satisfying twist is that he’s also the creator of Frank Kafka, Private Eye. As seen in Coward, Frank is a surreal pastiche of Dick Tracy, a newspaper strip where neither punch nor punchline was easily thrown.

We open with the bad night of the title, Jacob unable to sleep visiting a local diner where he’s well known for his anti-social hours. Under unusual circumstances he ends up having the best sex he’s experienced in years, yet while attempting to impress he reveals he was once a forger and still has the equipment. That comes back to haunt him.

Ed Brubaker’s characterisation is superb, depicting a man, as are so many of us, for whom violence witnessed is a shocking interlude that resonates, when for others it’s the first recourse on a daily basis. When those worlds merge, the results are terrifying for the ordinary man. Jacob is first held prisoner in his own home, then events spiral further out of control, threatening to reveal a secret long hidden. Why doesn’t Jacob just call the police? Brubaker removes that option with elegant simplicity: “when you’ve been handcuffed to a table and beaten with last year’s White Pages, 911 are the last numbers you’d ever dial.”

As is the case in every Criminal graphic novel, Sean Phillips creates a constant visual tension alongside cohesive characterisation, his dark, ink soaked pages literally presenting us with a noir world. This is accentuated by superb colouring from Val Staples, whose mastery with various shades of the same colour is integral to the mood. Phillips’ Jacob is a seething, but  timid victim through and through, crouched and haunted, funnelling his frustrations through the world of Frank Kafka. Yet when his time of need comes, Jacob’s surprisingly resourceful, and all those years of researching material for his strip seem to pay off.

While the character depiction is first rate throughout, the best to date for an already excellent series, and not just with regard to Jacob, it’s not apparent just how clever the plot has been until it’s complete. A second reading reveals Brubaker’s scattered clues leading to the truth, or one of them, are many and varied, yet on the first read through just assumed to be something else entirely. This, though, follows another kick to the goolies and a finale with the tension turned right up to the max.

Five stars all the way. So are the following books The Sinners and The Last of the Innocent. If you enjoy crime fiction it doesn’t come better than Criminal in graphic novel form, and all three are collected in the second hardbound volume of Criminal: The Deluxe Edition. 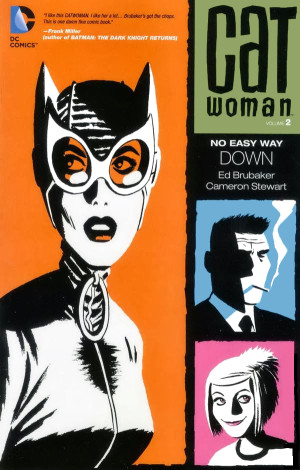 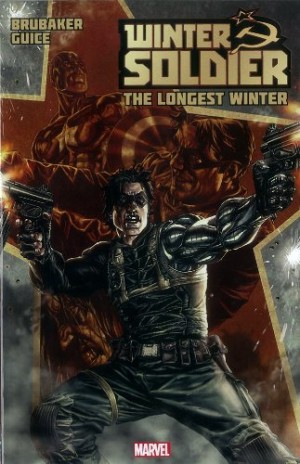