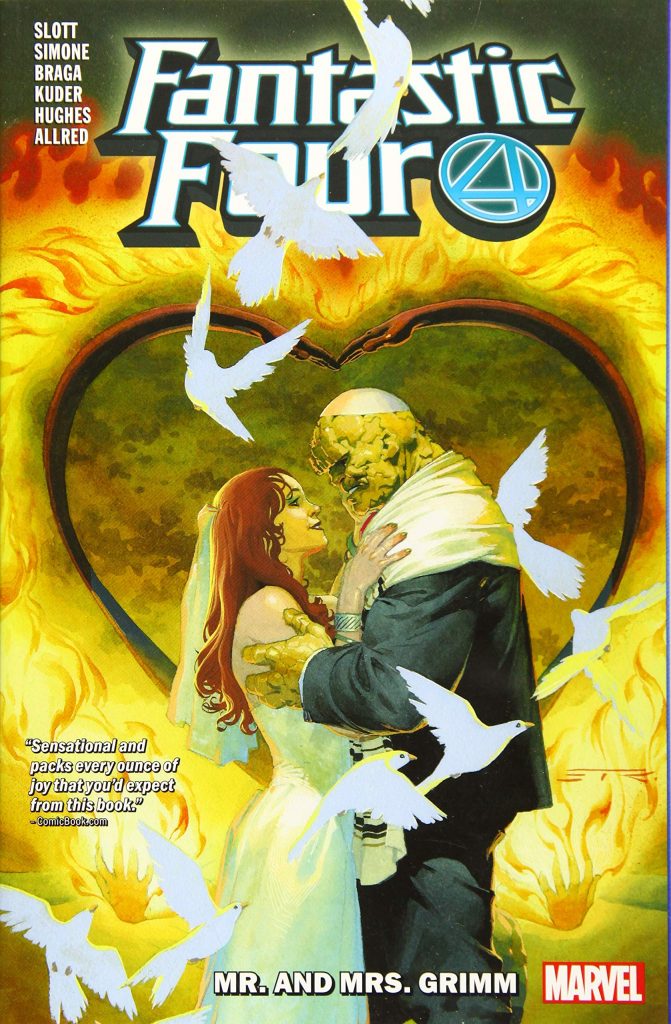 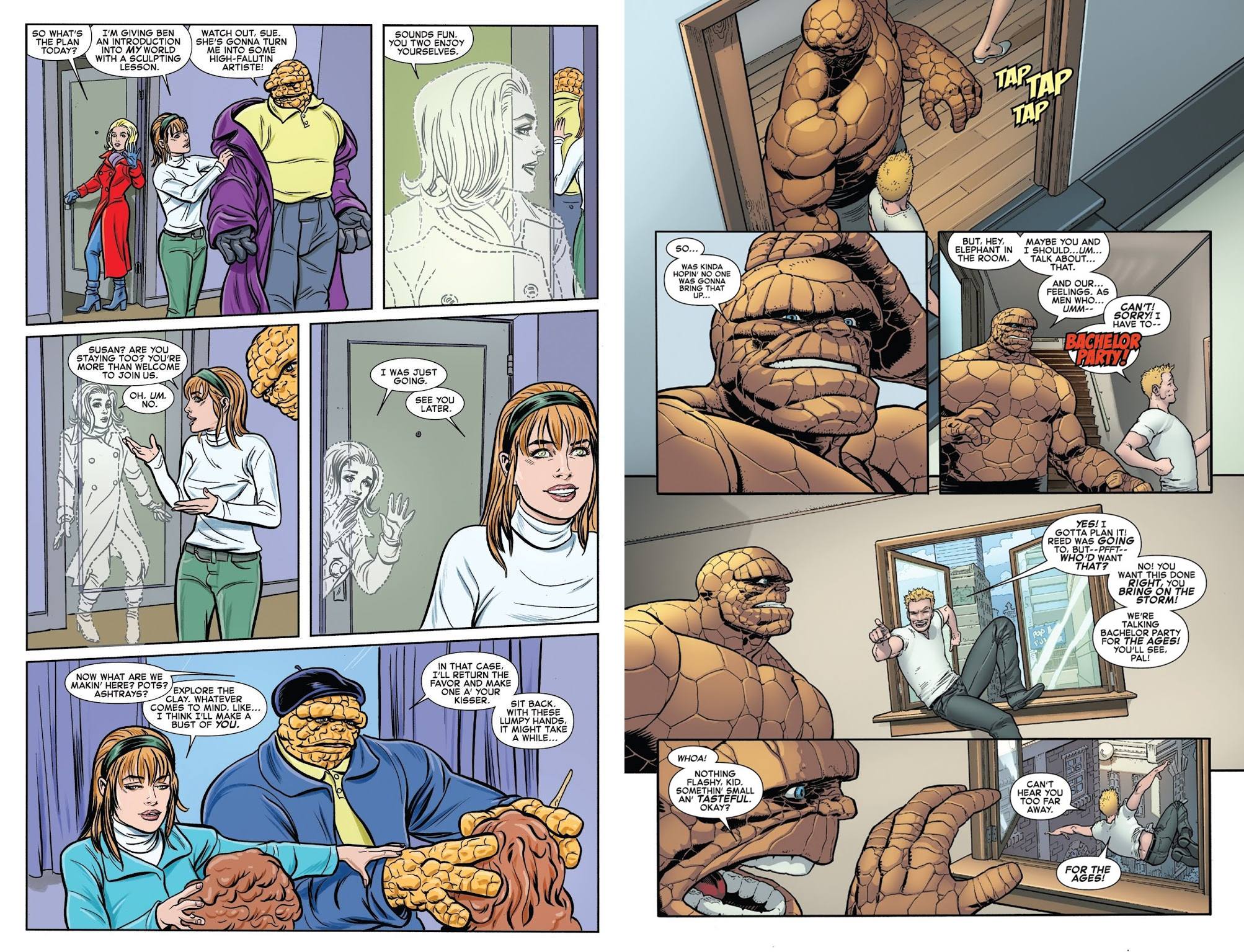 The second volume of Dan Slott’s relaunched Fantastic Four series is a volume so slim, there’s barely enough room to fit the title on the spine. It’s not just to do with the production either, as it contains one very old reprint, one special, and one extended issue from the regular run.

Fourever reunited the team after what’s been established as several years apart, and saw Ben Grimm propose to Alicia Masters after all these years. Mr. and Mrs. Grimm presents the prelude, some reminiscing, the stag night/hen night, the wedding and the 1960s story introducing Alicia. The first Fantastic Four wedding was in 1966 when every villain they’d fought turned up attempting to sour the event, and the second was not what it seemed, which is just as well, as that was Johnny marrying Alicia in the 1980s. There’s no repetition.

Stan Lee and Jack Kirby’s ‘Prisoners of the Puppet Master’ introduced both Alicia and her villainous father who controls people via a unique form of radioactive clay. It’s largely nostalgic fun that doesn’t stand the tests of time or logic until a thrilling prison riot sequence.

Artistically there are treats, with Michael Allred drawing a continuity implant flashback (sample left) and Adam Hughes handling the stag do where everything that can go wrong will go wrong. Both are topped, though, by a glorious eight pages with Mark Buckingham somehow combining Kirby’s spirit with his own delicate beauty. It’s also really nice to see cartooning from Fred Hembeck again, explaining Alicia and the Puppet Master’s past. Laura Braga’s hen night sequence is good, but Aaron Kuder (sample art right) is a promising artist rather than the complete deal. Good storytelling choices feature panels with often fudged and awkward people, and his Thing is the least attractive in the collection.

Considering this is only the second volume of a relaunched series, it’s extremely heavy on jokes, people and references that only long-time Fantastic Four readers are going to understand, which would seem to invalidate the point of reviving the series after an absence. Crucially, though, they don’t overwhelm, and there’s a considerable infusion of sentimental charm, especially once Gail Simone has dispensed with the formality of the villainous intrusion in her bachelorette section. However, this selection is far more traditional than new, and it’s questionable whether readers born after 1990 will find much that speaks to them.

The final pages set up The Herald of Doom, which follows, or that, this and the previous volume are combined in hardback as Fantastic Four by Dan Slott Vol. 1. 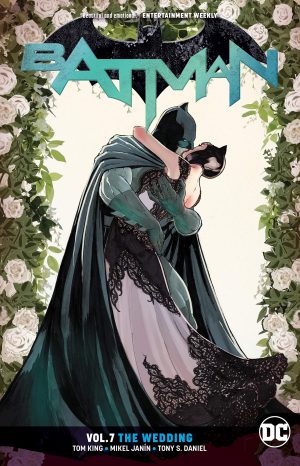